You probably do not spend much time thinking about barges. This is something that you ought to change.

The barge industry is quite important. It’s crucial for moving aluminum, petroleum, fertilizer and coal, particularly on the Mississippi River and its tributaries. About 60% of the grain and 54% of the soybeans for U.S. export are moved via the noble barge. Barges touch more than a third of our exported coal as well.

Right now the barge industry — and all of us who depend on its wares — is mired in a crisis. Water levels on the Mississippi River Basin are at its lowest point in more than a decade.

The timing for such a drought is pretty bad. Right now is harvest season, so farmers are looking to move their wares. Ongoing labor strife on the nation’s railways also renders that backup network uncertain.

Halted or slowed barge traffic is worrisome for the world at large too. American exports of coal are key right now as Europe faces a massive energy crisis heading into winter. “Any snags threaten to disrupt trade at a time when coal demand is soaring as Europe weathers an energy crisis exacerbated by Russia’s war in Ukraine,” as Bloomberg reported on Oct. 6.

Exports of grain and soybeans are also important right now, because we’re facing a shortage of those commodities amid the war in Ukraine.

Low water levels and dredging shuttered barge traffic heading north and south on the Mississippi last week. At one point, more than 100 towboats and 2,000 barges were stuck waiting. The blocked-off section of the river, between Louisiana and Mississippi, reopened Monday. Traffic is limited to one way, according to Petty Officer Jose Hernandez of the U.S. Coast Guard.

That’s certainly better than zero-way traffic, but the Mississippi is still expected to become even more parched. Lisa Parker, a representative of the U.S. Army Corps of Engineers, told FreightWaves that drier conditions are expected over the next several weeks. The river is slurping up water reserves right now, Parker added, but those reserves will eventually run out.

“The bottom line is we need rain,” Parker said. 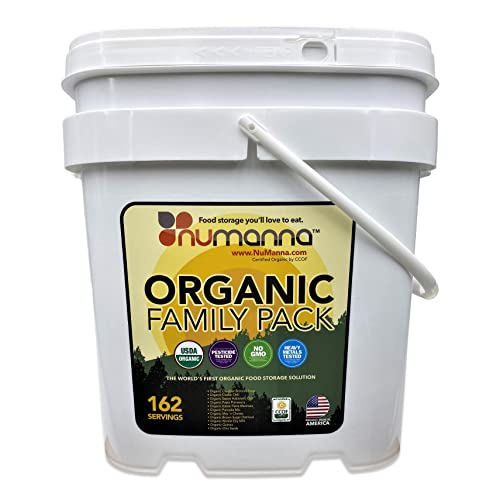 Current rates reveal how stark the barge capacity crunch is.

According to the U.S. Department of Agriculture, the cost of moving grain via barge from St. Louis was 218% higher year over year during the week of Oct. 4. Shipments from Cincinnati and Louisville, Kentucky, popped by 196% over the same time period. Let’s talk about why we need barges

While you were too busy praising trucks, planes and trains, you forgot to respect our barge industry. Some 92% of the nation’s agricultural output comes from the Mississippi River Basin. Some of that is consumed domestically and some is exported to places like China, South Korea and Mexico.

Barges are a quick and easy way to export agricultural goods. One 15-barge tow can carry the same amount of freight as two 108-car freight trains or a whopping 1,050 semi-trucks, according to the American Waterways Operators, which describes itself as “the tugboat, towboat and barge industry’s advocate, resource and united voice.”

With just 1 gallon of fuel, the resourceful barge can chug along for 616 ton-miles, compared to 478 ton-miles for rail and 150 ton-miles for trucks, according to the industry group. And compared to rail or truck, it’s a far safer mode of transport by number of worker fatalities.

‘Attaching a garden hose to a fire hydrant’

But, of course, this is all predicated on suitable water levels. The more narrow and shallow the Mississippi becomes, the less that farmers and manufacturers can move. Mike Steenhoek, who is the executive director of the Soy Transportation Coalition, outlined this in a Sept. 28 email.

Parker of the Army Corps of Engineers said the organization is aiming to maintain 9 feet of navigable water. Toth said 11 to 12 feet is a more typical depth that barge operators expect on the river.

Then there’s the issue of a narrowing Mississippi River. One-way traffic on the river right now means that boats often have to wait as oncoming traffic passes through.

Steenhoek wrote that barge tows on the river south of St. Louis usually tow 30 to 40 barges. But barge giants announced a maximum of 25 barges in that portion of the river, according to the Sept. 28 email. The river can’t safely accommodate any more than that.

“When attempting to transport an expected robust harvest via a less efficient inland waterway system, it becomes analogous to attaching a garden hose to a fire hydrant,” Steenhoek wrote. “Having to load barges lighter and restricting the number of barges results in needing more round trips to accommodate a given amount of volume.”

It’s been a rough few years for the barge industry

Unlike the rest of transportation, the pandemic did not provide untold wealth for barge companies. Truckers and ocean carriers had a jolly good time carrying your e-commerce orders in the latter half of 2020 and through 2021.

Barge companies instead dealt with less manufacturing output, and that hasn’t fully rebounded yet, Toth said. Equipment utilization rates remain low, thanks in part to hiring challenges and delays in servicing equipment.

“We had steel mills shutting down, refineries cutting back,” Toth said. “All the major bulk products that we moved by barge saw demand cut, with the exception of certain farm products. The industrial products — such as steel, cement, sand and gravel, frac sand, anything associated with the oil industry — all took a big hit.”

But nothing has been quite as brutal for the bargers than what Toth called the “coal massacre.” Coal volumes have declined by around two-thirds, he estimated.

Rail saw a similar smackdown in coal volumes, but the past decade has only been kind to their stock performance and share prices. Consolidation and precision scheduled railroading helped companies slash costs. Service levels declined too.

The barge industry can’t cut their service levels in the same way, Toth said. If transit times lag, for instance, its customers don’t have to simply suck it up. Farmers and manufacturers can very easily launch their own barge side gig, as shown by grain giant Archer Daniels Midland’s in-house barge.

It puts the noble barge in an unfavorable position. It has the low-margin, ultra-heavy shipments of rail, combined with the ease of entry of trucking. And on top of that, a drought is sucking up the conduit that the industry needs to conduct business. The rest of the world, in need of American fuel and food, could be at risk.

Be the first to comment on "Latest Supply Chain Crisis Could Threaten Global Stash Of Food, Energy"