The risk to manufacturing, agriculture and distribution sectors in Florida is rapidly intensifying as powerful Hurricane Ian takes aim at the state’s southwest coast. But the economic ripple effects are likely to be felt well beyond the storm zone.

Experts are predicting severe disruption to supply chains from flooding, power outages and wind damage that could stall factory and farm production, as well as freight movement through major port, airport, highway and rail nodes. The Tampa-to-Orlando corridor is chockablock full of huge retail and e-commerce distribution centers.

Meanwhile, Typhoon Noru is similarly upsetting supply chains in Southeast Asia as it barrels across the South China Sea toward Vietnam.

Ian is expected to make (made – Ed.) landfall in western Florida on Wednesday, according to forecasters. Major flooding from the storm surge is expected for communities along Tampa Bay.

The storm could impact up to 2,800 manufacturing firms in aerospace, automotive components, heavy machinery, chemicals and plastics, as well as about 7,000 health care producers in pharmaceuticals, medical devices, diagnostics and other fields, Everstream Analytics, which uses predictive software to help customers like Apple and Schneider Electric manage supply chain risk, said in a weather update Tuesday.

According to Resilinc, which maps customers’ supply chains and provides early warning of potential disruptions, Ian’s impact could be much wider and long-lasting.

More than 4,500 factories, warehouses and distribution centers, which produce or distribute about 74,000 parts for everything from electronics to chemicals, are in the projected storm zone, Resilinc CEO Bindya Vakil told FreightWaves.

Nearly $20 billion in revenue is at risk just for companies Resilinc monitors.

Companies in other states could face shortages of truck capacity in the coming days if many motor carriers shift resources to provide logistics support for recovery efforts through the Federal Emergency Management Agency, humanitarian aid groups or state governments, said Vakil.

It will take an average of nine weeks for business to recover to pre-Ian run rates, based on historical experience with similar weather events and what suppliers in Resilinc’s network are communicating, she said in the interview. Production and shipping ability could be hindered by damage to buildings, equipment or inventory. The length of downtime will be influenced by whether businesses have alternative sites and redundant manufacturing.

“A lot of times people sort of know where the warehouse that they place their orders is, but they don’t know where the factories are actually located, and how the different factories connect into their supply chain,” Vakil said. “That’s, that’s really important because if companies are not monitoring their suppliers that are in Florida right now, then three weeks later, they might have a critical supplier who says, ‘Hey, remember that hurricane that actually knocked down power and my factory went down for two weeks and now I can’t ship you something.’ 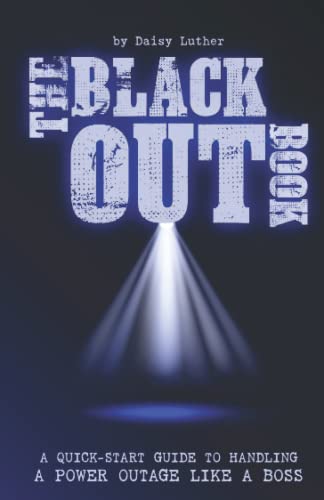 “When you have companies who know that they have factories in the region, they are picking up the phone right now, before the hurricane even made landfall, they know exactly how much inventory they have, where it is, and they can start to control and allocate in a right way and and control the usage. But if you’re not aware, then you’re reacting three weeks from now. And that’s too late,” Resilinc’s CEO said.

Everstream Analytics said the sector facing the biggest harm is agriculture. The storm could cause extensive crop damage ahead of the harvest season, which starts in November. Concerns have increased as the storm’s track shifted further south in the last 24 hours toward more orange-producing counties.

South Florida produces 70% of U.S. citrus. High winds could blow down oranges before they are picked and fields could be flooded. As Ian moves north, it could also degrade cotton crops and soybean and tobacco production in the Southeast, according to Everstream.

Truckers face the possibility of less business if there are reduced crop volumes to move, and consumers could see higher produce prices, exacerbating already high inflation.

Power outages and high water are expected to paralyze traffic on major highways, especially Interstates 4 and 75, the Everstream forecasters said.

Expedited trucking company Sterling Transportation said its shippers should expect delays due to facility closures and that it may hold cargo at origin instead of sending it into the storm area until conditions are considered safe. Vessel traffic is already being halted. Port Tampa Bay and Seaport Manatee, which handles large quantities of steel, fertilizer and other noncontainerized goods, both closed Tuesday so workers could secure equipment and vessels could get out to sea. Port Tampa Bay specializes in imports of food and beverage products, as well as fuel.

Port Miami’s two main container terminals are closed on Wednesday and Port Everglades, in Fort Lauderdale, has stopped accepting inbound traffic on the expectation of high winds from Ian as it passes to the west. And the ports of Savannah, Georgia, and Charleston, South Carolina, have issued advisories for tropical force winds later this week. Depending on Ian’s path and strength, they could be forced to shut down too.

Freight railroads haven’t revised their schedules yet but are monitoring conditions.

Delta Airlines said no cargo can be picked up or delivered Tuesday until after midnight at many airports in Florida, including Miami, Fort Lauderdale, Tampa and Orlando. The service stoppage is likely to change Wednesday as the storm’s path becomes clearer.

Miami International Airport said it is open, but some flights are delayed or canceled due to the weather. Worldwide Logistics Group said in a customer notice that local drayage drivers in Miami  are considering adding 48 hours to current cut off windows for receiving freight due to expected delays from weather and heavy traffic

Shippers with global supply chains are also closely tracking Typhoon Noru, which has strengthened and is headed toward central Vietnam after slamming through the Philippines. Everstream Analytics is warning of major disruptions to industries such as transportation and agriculture, with the key logistics hub of Da Nang expected to take a direct hit. Heavy rainfall, flooding and landslides are expected.

Vietnam closed airports and hundreds of flights were canceled Tuesday, according to Reuters.