Earlier this year, distinguished environmental lawyer, Rob Billett, announced he would be filing a nationwide class action lawsuit on behalf of Americans already harmed by PFAS also known as “Forever Chemicals”.  The results of a new study may have his phone ringing off the hook.

NOTRE DAME, Ind. — Chemicals such as per- and polyfluoroalkyl substances (PFAS) from common household products have become a human hazard. Now, researchers from the University of Notre Dame finds school-aged children are at risk of exposure to these dangerous “forever” chemicals.

Specifically, the study found high PFAS levels on school uniforms sold in North America. PFAS are notoriously known as “forever chemicals” because they’re impossible to break down. Accumulating PFAS chemicals are toxic. When they enter the bloodstream, the chemicals increase the risk for an immunocompromised state, asthma, obesity, and neurodevelopmental or behavioral issues. National surveys have regularly reported PFAS in blood samples of children between three and 11 years-old.

About 20 percent of public schools in the United States have uniform requirements, meaning millions of children are at risk for these toxic compounds. The international team of researchers looked at 72 textile samples used in children’s school uniforms. Outerwear also included rain suits, snowsuits, mittens, and accessories such as sweatshirts and hats.

“What was surprising about this group of samples was the high detection frequency of PFAS in the garments required for children to wear,” says Graham Peaslee, a professor of physics at Notre Dame, in a university release. “Children are a vulnerable population when it comes to chemicals of concern, and nobody knows these textiles are being treated with PFAS and other toxic chemicals.”

Researchers tested the garments with particle-induced gamma ray emission (PIGE) spectroscopy, a novel method that tests for the presence of fluorine. Past use of this technique has helped detect PFAS in cosmetics, fast food wrappers, face masks, firefighting gear, and drinking water.

The analysis found fluorine in 65 percent of tested samples. School uniforms had a higher amount of chemicals lingering on the fabric when they were made out of 100-percent cotton rather than synthetics.

“There is no consumer option to purchase clothing that can be washed instead of clothing that comes coated with chemicals to reduce stains,” says Peaslee. “We hope one of the outcomes of this work would be increased labeling of textiles to fully inform the purchaser of the chemicals used to treat the fabric prior to sale so consumers have the ability to pick garments that were not treated with chemicals for their children.”

The Environmental Protection Agency recently classified PFAS chemicals as hazardous, and the study is a harsh reminder that they continue to linger in all areas of the environment.

The study is published in the journal Environmental Science and Technology Letters.

Jocelyn is a New York-based science journalist whose work has appeared in Discover Magazine, Health, and Live Science, among other publications. She holds a Master’s of Science in Psychology with a concentration in behavioral neuroscience and a Bachelor’s of Science in integrative neuroscience from Binghamton University. Jocelyn has reported on several medical and science topics ranging from coronavirus news to the latest findings in women’s health. 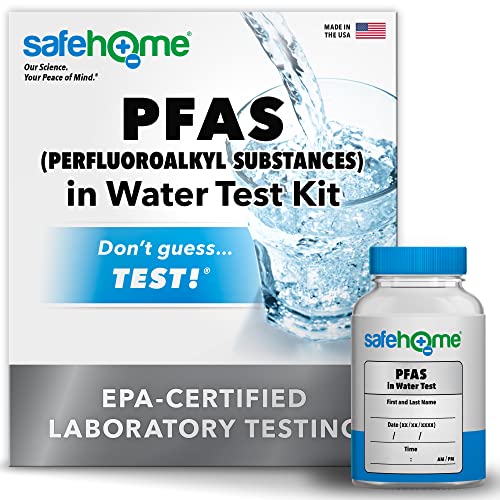 Earlier this summer, the Environmental Protection Agency (EPA) announced that “Forever Chemicals” were more dangerous than the agency originally thought and it was taking “aggressive action” to start protecting Americans from them.  Apparently it has A LOT more work to do.