It’s been a long-overdue promise of the U.S. military to develop an “Internet of Battlefield Things.” We have been covering the various press releases for years which have highlighted the many components that would comprise this military version of what we are witnessing in our day-to-day lives via our array of sensors and highly connected smart devices.

Drone swarms are readily available in all sizes, including the potential for full-size autonomous Black Hawk helicopters. However, the military has continued to struggle with the communications aspect of developing a completely coordinated array of air- and land-based drones and robots, especially while working alongside manned vehicles in full-scale operations.

As reported by Defense One, this year’s Air and Space Forces Association’s Air, Space & Cyber conference – with major sponsor and contract contender Google Cloud –  is declaring that we are on the cusp of witnessing at least “Next Generation Air Dominance” and “Collaborative Combat Aircraft” as new advances and funding are finally aligning in 2022.

“Why isn’t it already here, like, en masse? I don’t know that we’ve really had the prioritization behind it,” Van Timmeren (vice president of government services at Blue Force Technologies), told Defense One.

But advances in autonomy capabilities and advanced manufacturing, alongside “government architectures, which enable swapping of these capabilities—all that has finally come together” in tandem with endorsements from the Air Force secretary and chief of staff on down, he said….

“We’re past a proof of concept. The technology exists, we’ve demonstrated it can be done. We just need the government to make the next move to actually get serious about it. If you want to get serious about a program, you’ve got to fund it seriously.”

One key selling point is to greatly reduce the need for costly conventional aircraft, which has notoriously come in overbudget and with major technical issues. Nevertheless, hurdles remain. As these autonomous systems come online and begin their integration into manned operations, the operators themselves need to be properly trained in order to ensure that human and machine systems can co-exist and maintain distinct roles. Virtual reality is being sought as the traning mechanism:

But there could be an opportunity to introduce autonomous architecture into simulations so pilots can train on the exact systems they’d use in the air. Benitez said Shield AI is working with the Air Force on that concept to plug in some of the essential autonomy into simulators to speed up the training process. 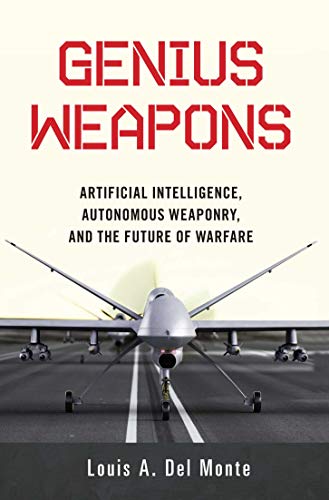 The final piece of the puzzle is to establish a secure and dependable communications network that can operate in adversarial airspace.  Previously, 5G had come into question over its limited range and stability. As the U.S. Army’s Jeff Langhout quipped,

Hey, we’re right here in Washington, D.C., how well does your cell phone work 100 percent of the time?” he asked.

The industry has continued to experiment, however, and a recent alliance between Lockheed Martin and Verizon heralds a worrying trend of merging private and public systems to transmit U.S. military data. Again, from Defense One:

But perhaps the most important element of the experiment was the transfer of data between two networks, one private and the other representing a public network. Future conflicts are likely to occur in places where the military has to use public networks. And many regulators are concerned about how well the military and commercial providers will share portions of the 5G spectrum.

Whether or not this can be scaled up to include the vast array of vehicles – human and drone – that would need to seemlessly cordinate in a widescale operation seems to still be quite a distance from becoming reality. Meanwhile, China announced in 2020 that they would spend the decade working on the promise of 6G to provide the much-needed bandwidth and reduced latency.

As we are bombarded daily by the twin threats of China and Russia surpassing our capabilities, my guess is that there will be no shortage of funding for any and all contractors who claim to have the solutions for winning the autonomous warfare arms race that’s underway.