It’s becoming increasingly difficult to reach the minimum standard of living in the United Kingdom.

As Statista’s Anna Fleck details in the chart below, using data from the Joseph Rowntree Foundation, the amount you need to live a basic lifestyle has gone up by around 20 percent for all selected groups and by nearly 27 percent for a single working adult. According to the report, a single working adult needs to earn at least £25,000 a year to reach a minimum acceptable standard of living in 2022, while a couple with two children needs to earn £43,400 between them.

Meanwhile, a couple with two children, where one parent works full time on the National Living Wage and the other is not working, would only be able to reach 76 percent of the Minimum Income Standard (MIS) without the help of support payments from the government.

The costs of domestic fuel, food and drink, as well as social and cultural participation have seen the biggest increases in costs. These figures do not include the costs of rent and childcare, which would see the weekly sums skyrocket further yet. 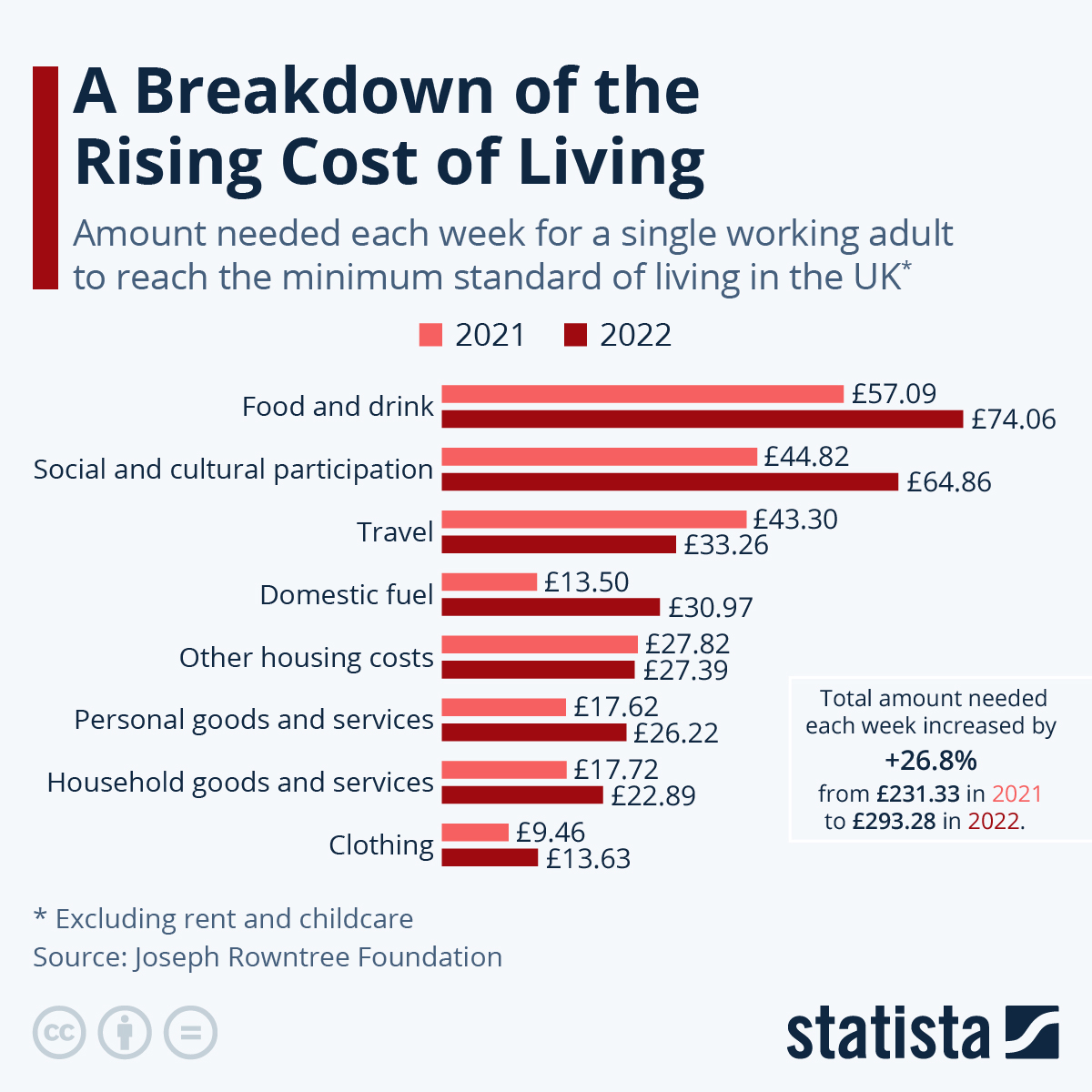 The chart shows a breakdown of how much the average working person is likely to spend on food, clothing, transport, social activities and household goods in a week, based on the foundation’s survey.

Domestic fuel has more than doubled its cost since this time last year, while food and drink has increased by nearly a third as much again. The costs of social and cultural activities have also risen by around 45 percent. And for the next couple of days, Brits will likely be even more ‘miserable’ as The Queen is finally laid to rest.