See details of a lawsuit brought by Julian Assange’s attorneys former US Secretary of State and former CIA Director Mike Pompeo and Spanish security firm UC Global for spying on their conversations with Julian Assange in the Ecuadorian Embassy in London. Stella points out in a video below that although Pompeo is no longer in office, he was photographed visiting Home Secretary Priti Patel in London after her decision in June to approve Julian’s extradition to the US. Pompeo had earlier called for Julian’s assassination.

Although Julian has committed no crimes and is not charged with any, he has been held in London’s Belmarsh Prison since 2019 under conditions which a UN investigator described as “torture”. What is he being punished for? For publishing the truth about US war crimes in the Middle East during the endless “War on Terror”. Julian’s life depends on his winning his fight against extradition to the US where he faces 175 years in jail although he is not a US citizen. Julian’s wife Stella says that if Julian is extradited and placed in the type of isolation the US government threatens to place him in, he will be driven to commit suicide. So far, 1,678 people have pledged to form a Human Chain around the British parliament on October 8 to demand Assange’s freedom. Growing numbers of human rights groups, journalist organizations, politicians and other campaigners are calling on Biden to drop the extradition case.

In the interview below, Stella explains that what’s at stake is not only Julian’s life, but press freedom across Europe because his extradition would set a dangerous precedent.

Press Freedom is at risk. @StellaMoris1 on @dwnews

Tortured For Publishing The Truth

In the video below, Stella explains that when Julian was forced out of the Ecuadorian Embassy on April 11, 2019, he was put in Belmarsh prison even though he is charged with no crime and is not serving a sentence. He is simply waiting for the result of the US attempts to extradite him. Julian’s many serious physical and psychological health needs have not been addressed and he is in solitary confinement in his cell for more than 20 hours a day. Meanwhile, the people who committed the war crimes Julian exposed through Wikileaks have not even been charged and face no penalties.

“The case of Julian Assange, the Wikileaks founder who published huge troves of sensitive government documents and classified military logs, has been going on for over a decade. During that time Assange has been under house arrest, hidden from extradition inside the Ecuadorian embassy in London and since 2019 has been held in Belmarsh prison.

During that time, he has married and had two children with a lawyer called Stella Moris. Moris first met Assange as a young lawyer working on his case, but is now a campaigner for his acquittal and an activist for press freedom. Will Assange be remembered as a pioneer of the free internet or as one of its victims? With his extradition case looming, UnHerd’s Freddie Sayers met Stella Moris to hear her case for her husband, Julian Assange.”

“Spokesperson Wang Wenbin made the remarks at a daily press briefing after the UK government on Friday approved the extradition of Assange to the United States, where he may face up to 175 years in jail on criminal charges.”  Xinhua  June 21, 2022

WikiLeaks founder Julian Assange is facing a 175-year sentence for publishing truthful information in the public interest.  Julian Assange is currently being detained in UK prison — his fourth anniversary in Belmarsh was April 11, 2022.  For over 7 years, the US government has been fighting to extradite Julian Assange so he can be prosecuted in US courts for publishing their secrets which include evidence of war crimes.  In January this year, Julian Assange lost his appeal at the UK High Courts and it looks more likely than ever that he will be extradited.

“Family planned to distribute book, deemed ‘protest material’ by security, to MPs and media as they urged government to intervene in proposed extradition.”

The Trial of Julian Assange: A Story of Persecution by Nils Melzer 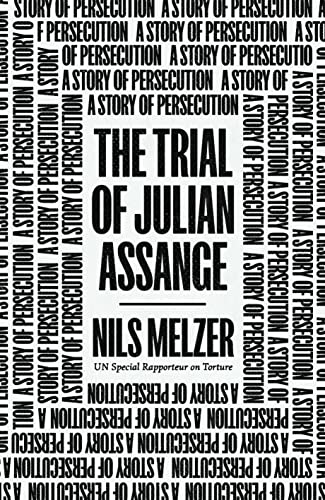 Wear a T-shirt from the WikiLeaks Shop to show your support for Julian and freedom of the press. Read more from Activist Post on the plight of Julian Assange in our archive HERE.

Be the first to comment on "Julian Assange’s Campaign: Livestream August 15 (11 AM EDT)"