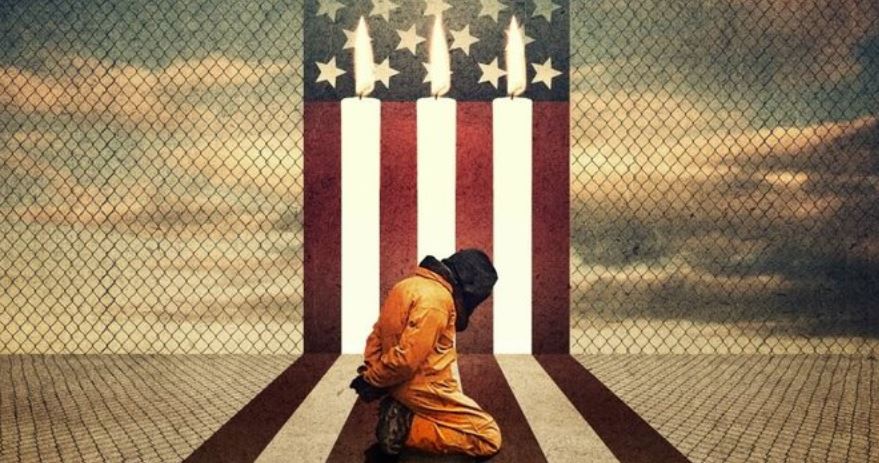 One of the psychologists paid tens of millions of dollars by the U.S. Central Intelligence Agency to oversee the interrogation of prisoners in the so-called War on Terror provided new details on Monday about the torture of a Guantánamo Bay detainee at CIA “black site” in Thailand.

The New York Times reports James E. Mitchell told a military judge during a pretrial hearing at Guantánamo that Abd al-Rahim al-Nashiri – a Saudi national facing possible execution for allegedly masterminding the deadly 2000 bombing of the USS Cole in Yemen – broke quickly under torture and became so obedient that he would crawl into a cramped confinement box before guards ordered him to do so.

Initially, guards had to force al-Nashiri into the box. But according to Mitchell, the prisoner “liked being in the box” and would “get in and close it himself.”

Annie W. Morgan, a former Air Force defense attorney who is a member of al-Nashiri’s legal team, told the Times that when she heard Mitchell’s testimony, “I got the image of crate-training a dog and became nauseous.”

“That was the goal of the program, to create a sense of learned helplessness and to become completely dependent upon and submissive to his captors,” she added, referencing a tactic taught in UStorture programs and documents dating back to the 1950s.

Gail Helt, a former CIA analyst who advocates Guantánamo’s closure, tweeted, “Imagine the hell Mr. Nashiri experienced outside of that box that made him prefer being inside it.”

All of these guys belong in prison: Mitchell described his treatment of the defendant — to condition him to answer questions in interrogation — as having been strictly monitored by C.I.A. doctors and authorized by Justice Department lawyers. https://t.co/WcIKbl8Yud

Al-Nashiri’s attorneys – who argue that evidence in the case is tainted by torture – questioned Mitchell about what happened at the Thailand black site in November 2002, when former CIA Director Gina Haspel oversaw the secret prison.

The psychologist’s testimony is meant to shed light on abuse that may have been recorded on scores of videotapes documenting detainee torture that were later destroyed at the behest of then-CIA counterterrorism chief Jose Rodriguez, who claimed in his memoir that Haspel drafted the 2005 cable ordering the move.

Mitchell – who along with fellow psychologist John “Bruce” Jessen was paid $81 million by the CIA to develop and supervise an interrogation regimen for terrorism suspects – described how the diminutive al-Nashiri was so scrawny that guards stopped subjecting him to the interrupted drowning torture commonly called waterboarding for fear the prisoner might be seriously hurt.

In addition to waterboarding and other approved torture techniques, a declassified 2014 US Senate Intelligence Committee report revealed how interrogators threatened to sexually assault al-Nashiri’s mother, and how he was terrorized with a power drill and raped with a garden hose in a practice known as rectal hydration that was administered to Guantánamo prisoners who refused to eat or drink.

Mitchell told the court that:

Interrogators continually told Mr. Nashiri they did not believe he was telling everything he knew, threatening him with worse treatment if he did not tell them more. The prisoner, already subjected to the whole array of C.I.A. torture techniques – loud noise, sleep deprivation, forced nudity, wall-slamming, and waterboarding – insisted he was trying to remember and tell them everything.

But the interrogators appear to have ultimately concluded that Mr. Nashiri was not lying. Some of the cables back to headquarters, apparently written by Ms. Haspel, described him as “compliant and cooperative,” according to the 2014 report on the interrogation program by the Senate Intelligence Committee.

In addition to the black site in Thailand, al-Nashiri – who was captured in Dubai in October 2002 – was imprisoned at CIA black sites in Afghanistan, Poland, Romania, and possibly Morocco before being sent to Guantánamo in September 2006.

In 2010 he was granted victim status by the Polish government, whose cooperation with and complicity in the George W. Bush administration’s extraordinary rendition and torture program was later revealed and investigated.

The Bush administration officials who devised, approved, and implemented the post-9/11 torture regimen have enjoyed total impunity. Not only did Bush’s successor, former President Barack Obama, break a campaign promise to investigate and prosecute abuses as required by US and international law, his Justice Department actively shielded them from accountability as torture continued at Guantánamo.