When crisis strikes, emotional rescue exercises can manage whole populations through behavior modification to distract them from something else.

Never let a good crisis go to waste, said many a politician. 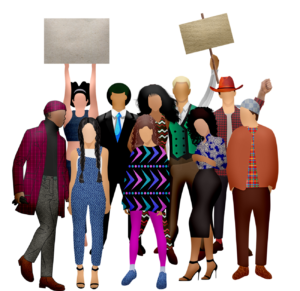 It has been proven that humans are easily manipulated. They can be divided and reunited because they are co-dependent. Being co-dependent means they seek to live vicariously through others to be fulfilled. They look outside themselves for hope.

After all, if All the world is a stage, and All the actors have their roles to play, then social engineers have their place, too. Because it’s All an Act.

Think back to 2006, when the president signed, and Congress passed, the Pandemic and All-Hazards Preparedness Act (PAHPA). The script soon followed:

There is “no doubt” Donald J. Trump will be confronted with a surprise infectious disease outbreak during his presidency. The history of the last 32 years that I have been the director of the NIAID will tell the next administration that there is no doubt they will be faced with the challenges their predecessors were faced with.”- Dr. Anthony Fauci, MD, director of the National Institute of Allergy and Infectious Diseases. January 11, 2017

Argue all you want, the flight plan does not change.

They are master magicians at turning crisis into opportunity. They know their target audience, victims who feel oppressed, who are searching for a savior, who are ripe for Emotional Rescue (ER) exercises called “movements.” They call the movement Freedom.

Consider the Freedom Convoy. The “United We Roll” event promotes unity and freedom. Organizers Pat King and lead attorney Keith Wilson are the face of the movement. More than $8 million raised for the Truckers is not accessible. GoFundMe funds have been frozen and the server is down at the Christian GiveSendGo Fund site which has been hacked. After another lawyer was added to the mix, protesters wondered if Truckers will ever receive anything in the end.

We are currently offline for maintenance and server upgrades. ….. Thank you for your patience and support. Please check back later.

That’s Apple Pie propaganda. Slowly, the movements dwindle and finally evaporate. The people go back to their lives and normal state of fear. For a short time the people were inspired! Hopes were raised! That was good, right?

All ER exercises serve as a distraction from something bigger, stronger, faster, darker.

After all, this strategy has worked well in countless, similar ER exercises. Compare “United We Roll” to Occupy Wall Street, which soon after, splintered into factions and lost steam. Or the Pussyhat Project that convinced women to march in unity wearing their private parts on their head as a protest against vulgar comments made by one male. The Map of Movements is extensive.  Parental Rights. Children’s Rights. Gay Rights. Were these national movements all controlled at the top? 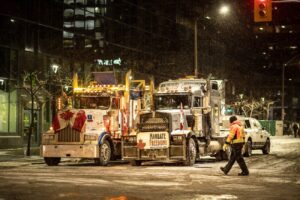 In the fallout of these movements, did hope and freedom get lost in the shuffle? Did anyone keep track of inherent rights?

The purpose of the Freedom Convoy in Canada was to restore the Constitution, and end the illegal pandemic measures. Did that happen? Or is the Convoy cutting its losses and moving on to less obstructed roads in the U.S? Is the purpose really a ploy?

If the people must beg their government, which was established to protect their rights, then do they have any rights?

The “United We Roll” convoy was stationed in Canada until the government hired troops to break it up with pepper spray, tow trucks and Bitcoin seizures. Where did the troops come from? The force generated against the people suggests foreign troops.  Are they human or do they just appear to be human? [See The Age of Ultron]. If the Freedom Convoy enters the United States, will the same scenario occur?

Unfortunately, the Constitutions, whether Canadian or American. are ignored by the same governments that created them. In the U.S., Supreme Court Justice Antonin Scalia has said that The Constitution is not an evolving, living agreement. [Watch C-Span video]. Does he infer that it died? 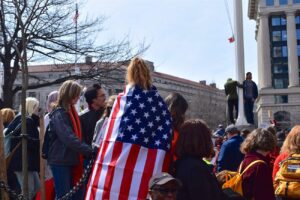 The Declaration of Independence is a Charter of Freedom, written by Thomas Jefferson to establish the United States as a separate entity of Britain. It expressed that “all men are created equal, that they are endowed by their Creator with certain unalienable Rights.” The government does not endow the unalienable rights. God gives the rights and they are “unalienable” which means government can’t remove them.

The Declaration of Independence has often been cited as inspiration to groups that felt oppressed, such as Civil Rights Movement and the Women’s Rights Movement. Did the Women’s Liberation Movement liberate women to be treated like men at the expense of their family units? Did the movement want women to believe that they get rights from the government?

Has the separation of families been a goal of current rulers, just as past rulers have separated and exterminated the Original Peoples of Australia? Just as the British Establishment killed off the Boers and Blacks in South Africa? Just as the US government exterminated and quarantined the Native Americans of the United States?

The Declaration of Independence had once grown into a national symbol of freedom. But its message has not stood the test of time. Previously, it had been the inspiration for revolutions and government changes, but today, look around. Most people have not read the document and, therefore, do not understand the origin of their God-given rights and freedoms.

For people who are oppressed and co-dependent, they will not find hope or freedom through any social or emotional exercise, until it is internalized.  For freedom to exist, it must be embodied and lived.

Rosanne Lindsay is a Traditional Naturopath, Herbalist, Writer, and Author of the books The Nature of Healing, Heal the Body, Heal the Planet and Free Your Voice, Heal Your Thyroid, Reverse Thyroid Disease Naturally. Find her on Facebook at facebook.com/Natureofhealing. Consult with her remotely at www.natureofhealing.org. Listen to her archived podcasts at blogtalkradio.com/rosanne-lindsay. Subscribe to receive blog posts via email using the form at the bottom of this page.

Be the first to comment on "The Emotional Rescue Exercise"