Recently, what I believe to be an incredibly original idea has been floating around the preppersphere. It’s this: in the event of a cyberattack, should we all meet at the library at 9 AM every Saturday?

We’ve long been tracking the current “discussion” about the need to prepare for a massive cyber pandemic, the likes of which the world has never seen. The World Economic Forum has discussed this notion extensively, even going as far as to conduct yet another one of their notorious simulations to experiment with what the outcomes of such an attack could look like.

The public conversation within the mainstream media of such a concept has only grown since then. In fact, we’ve seen a 50% increase in the number of cyberattacks year-over-year from 2020 to 2021.

And then, there’s the Russia-Ukraine situation.

Apart from globalist politicians within the US attempting to start a nuclear war with Russia, we also have this to consider: a number of analysts are predicting that should NATO expansion be permitted to continue throughout Eastern Europe, Russia is likely to begin their response with a massive cyberattack campaign.

We already know that they have submarines equipped with nuclear warheads which can apparently sneak past our defenses without our knowledge. We also know that mutually-assured destruction no longer exists. Russia’s missile defenses have surpassed ours, to the point that anything we launch their direction is likely to be stopped before it ever reaches its target.

In return, we could not stop their salvos.

However, Unrestricted Warfare dictates that there are other options that are likely to be used first before a nuclear discussion is ever brought to the table (though in many ways, that discussion is already here).

Consider that Russia has moved a massive amount of electronic warfare equipment into position along the Ukrainian border. Did you know that Ukraine recently experienced a massive cyberattack, likely at the hands of the Russians, just the other week?

One of the best ways that Russia could assure that it is able to reach its goals is to launch a cyberattack campaign against NATO/American forces.

These types of attacks could easily be directed against our electrical grid, as Ted Koppel laid out in his superb book Lights Out. Our water supplies are not invincible as well. We’ve recently witnessed several hacker attacks on American cities’ water supplies, where outside actors caused excessive levels of “cleaning” chemicals to be poured into the water supply.

What else is connected to the grid?

Imagine what a cyberattack against America’s largest health insurance providers could result in. Think about what would happen if banking systems were targeted? What about hospitals, factories, or communications companies? 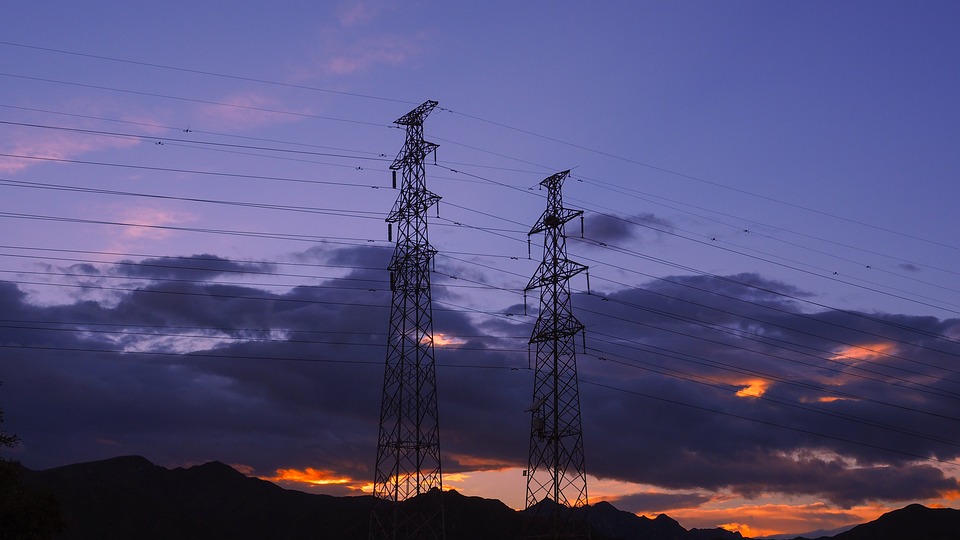 The point is that we’re hearing the WEF discuss the possibility of a massive cyberattack, we have an at-risk system here, proof-of-concept has already been demonstrated against many of America’s cyber systems, and now we have a state-level actor that has the incentive they need to actually launch some type of cyber attack against us.

All of this returns us to the original idea.

Let’s say that in the near future, there will be a massive cyber attack against America. Let’s also assume that it specifically targets the electrical grid.

In the event of a nationwide blackout for an unknown duration of time, what do you think about the concept of having an established plan in your community for people to meet at their local library?

Many communities have more than once, so there would be bound to be a library within a matter of miles from a great bulk of the US population. Would this serve as a Rawlesian means of community post-collapse?

(For advice on how to keep food stocked for post-disaster bartering, check out our free QUICKSTART Guide to home canning. Then, make sure you read this book.)

What are the potential benefits of saying “Let’s meet at the library?”

For starters, the spread of information. The majority of Americans do not have any radio communications ability. If they want to know what is happening in the world and their community post-disaster, a local meeting point is the only way they’re liable to get that information.

Secondly, this could prove as a great means of starting a barter market. Much like the market mentioned in Rawles’ Patriots, this could serve to be a location where people could bring what they have stocked already or have recently produced to trade for the goods and services that they desperately need.

No man is an island, and people are going to have SOMETHING that you need after a disaster, and this could prove a great means to get those items.

Third, this could prove as a great means of organization. If the community is meeting on a regular basis, it will be able to do what it can to ensure its own security and safety. Roadblocks, patrols, sentries, police – all of that could be organized at a public library that meets at 9 AM every morning.

Fourth, this idea could help people to discover what the needs are in their area. Perhaps I would have no other means of knowing that the old lady four blocks over needs food unless somebody brought me that information. Something to think about here.

What are the potential cons of this idea?

For starters, there’s always the risk that comes from traveling post-disaster. Disasters are inherently dangerous situations, and the farther away from home you are after they strike, the more at risk you are.

The risk that comes from being followed home should also be pointed out. Let’s say that a barter market is set up at the library. If you’re noted to be the guy who regularly trades ammunition, somebody may get the bright idea in their head to follow you back to your place so that they can pick up your entire supply.

What about the risk of entrapment? Is it possible that a library meet-up could serve as nothing other than a “these people have food” announcement? It’s most certainly a possibility.

Obviously, this idea is not without risk.

What are your thoughts, though? Is having a “let’s meet at the library in the event of a cyberattack/grid down event” plan a feasible idea? Is it foolish? Let us know your thoughts in the comments below!

Be the first to comment on "In The Event of A Cyberattack Should We All Meet Here?"