Things in Ukraine are still heating up, with some interesting recent developments the well-informed American should stay abreast of.

As of January 24, American troops have been placed on high alert, with 8500 of our men being told they need to be ready to ship out to “Eastern Europe” at a moment’s notice. Joe Biden said he didn’t want to send these soldiers, but that he would should NATO request them for the NATO Response Force (NRF).

It’s believed that should these troops get sent out by DC to fight in another foreign war, they are likely to be staged in either Poland or the Baltics for rapid deployment to the front line. While there’s not a lot of information out there as to what the makeup of these units are, it’s likely that they’re a grab-bag mix of troops from the 82nd Airborne, 101st Airborne, and the US Army Special Operations Command.

In addition, on January 23, Washington DC shipped approximately 200,000 pounds of ammunition into Ukraine. The timing of this coincided with the US State Department’s ordering of the evacuation of US embassies throughout the country as Biden told Americans that they needed to leave the country STAT or they risked being trapped in the country without hope of escape for what may happen next.

This comes after Joe apparently gave Russia the go-ahead to invade Ukraine provided it was only a “minor incursion.”

Massive amounts of Russian troops have continued to flow into the border region of Ukraine under the guise of “military exercises.” Russian mainstream media seem to state that only 6000 troops and 60 aircraft are in the area. The Russian Su-27SM, Su-30SM2, and Su-34 fighters are all present.

However, other non-Russian sources state that there are at least an approximate 126,000 Russian troops throughout the region. According to England’s Boris Johnson, “The intelligence is very clear that there are 60 Russian battle groups on the borders of Ukraine, the plan for a lightning war that could take out Kyiv is one that everybody can see.”

Surprisingly, it does appear that Boris Johnson is telling the truth.

Intelligence shows that literally hundreds of military trains have been shipping in Russian soldiers to Belarus – 30 trains within the past week alone – and that as of January 24 there were at least 200 more trainloads of soldiers scheduled.

The massive buildup of 🇷🇺 forces towards 🇺🇦 continues. Here it’s older T72 tanks on their way to the confrontation zone. Eurooe hasn’t seen a concentration of military forces of this magnitude since decades. pic.twitter.com/HipXARtmCB

Intelligence has also found that Russian troops are present near both the Lithuanian and Polish borders as well. Both of these areas are locations the Russians practiced airborne infiltration back in fall of 2021.

As expected, it’s not just foot soldiers who are finding their way to the border. As we’ve pointed out before, Russia’s six amphibious landing vehicles have already been staged, but now we see that Russia has also positioned its warships off the coast of Ukraine.

T-72B3 battle tank crews have also recently arrived in Crimea, allegedly so that they could engage in shooting drills.

In addition, the Russians have recently deployed an electronic warfare battalion along the border in the Belgorod Region and attached it to the Vistula Motorized Rifle Division of the Western Military District. Within this e-warfare battalion are weapons such as the Borisoglebsk 2 (designed to scramble comms and GPS signals), and the Zhitel portable communications jamming station.)

According to Colonel General Alexander Zhuravlev, this will “significantly increase the reconnaissance capabilities of the unit.”

You know, for the military “training.” 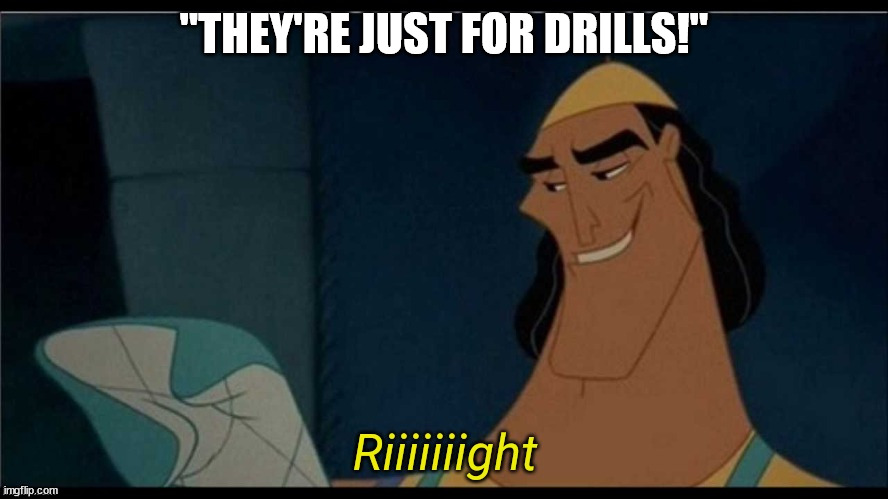 Here’s a book our European readers may be interested in.

3. The world is gearing up for a global war.

Other countries are getting involved as well. Spanish Defense Minister Robles recently said, “Russia cannot tell any country what to do, so NATO will protect and defend the sovereignty of any country that can or wants to join NATO.”

Spain has also recently sent mine sweeping ships into the Black Sea.

Israel is also preparing for a war as they have begun the logistics planning of evacuating over 400,000 Jews who reside in Ukraine.

Both China and Iran recently began running drills with the Russian Navy in the Arabian Sea earlier this past week as well.

4. American soil is not safe from attack.

Aside from the very real threat of a nuclear retaliation for NATO expansion, it’s been noted that Russia’s cyber warfare units could easily cripple America’s infrastructure. Approximately 80% of the American electrical grid could be taken down by a single cyber attack from Russia, says Dr. Edward Roche of the EMP Task Force on National and Homeland Security.

(Probably a good time to check out our free QUICKSTART Guide on power outages.)

A distraction? If so, from what?

One of the things we’ve catalogued here at The Organic Prepper is the exponential growth of tyranny within America (and really, the world) over the past two years. Is everything as the mainstream media would have you believe it to be here?

Consider that Ukraine has a history of sticky relations with particular American politicians.

Consider that there is already “draft legislation” which has been put into place to “put more cyber requirements on [American] business that will give the government more oversight,” all in the name of protecting the “security” of America.

Consider that a Russian war would give China the perfect cover to take Taiwan. Can America fight a war on two fronts? Could the Chinese be pulling strings here? Why is it that American politicians seem intent on this NATO expansion? Why are they all of a sudden interested in the sovereignty of another country when they refuse to secure our own borders?

Consider that we literally have Chinese spies that have been sleeping with our politicians, and those politicians are still in office. It’s also no secret much of DC is bought and paid for by China. Could China be purposefully moving America toward war with Russia? If so, to what end?

What are your thoughts on a Russian war?

Do you think there’s more to consider here? What do you think is the bottom line? Let us know your thoughts in the comment section below!