How do you know what to prep for unless you know what is going on? Should you live your life as an ostrich? One of the things that you may need to consider prepping for right now is the threat of having unemployment insurance money you received back in 2020 “clawed back” should the state deem that you were either ineligible for that money or received too much.

While there has been the threat of clawed back unemployment payments for over a year now, it seems that some states are now adding themselves to the list of states which are engaging in such.

It’s there that $2.7 billion in paid out claims is being demanded back. Politicians there have decided that that money was paid out to those who didn’t deserve it, such as Matt Goncalves, who lost his job at Best Buy due to politicians’ lockdown, and is now being ordered to pay back $10,000. He was deemed ineligible months afterwards.

Missouri has already asked for these monies back, with Stephanie San Paulo being told she needs to pay back close to $16,000. The glimmer of hope for the 43,000 people in Missouri who have received similar notifications is SB 673, which may make it so they don’t have to give this money back at all.

Could your state be next?

(This is all the more reason to get your food stores in order, is it not? Check out our free QUICKSTART Guide to food storage here.)

How do you rob somebody of their current income, make it so that there are no other jobs available for them to apply for (after all, when everybody’s unessential, where can you work? What is open?), force them into your state-run safety net, and then tell them they have to pay you back well after the fact?

This wasn’t something with a pre-application warning. This was “Here. Take this money. It’s yours.” Several months later, people then hear, “Oh. I want that back.” 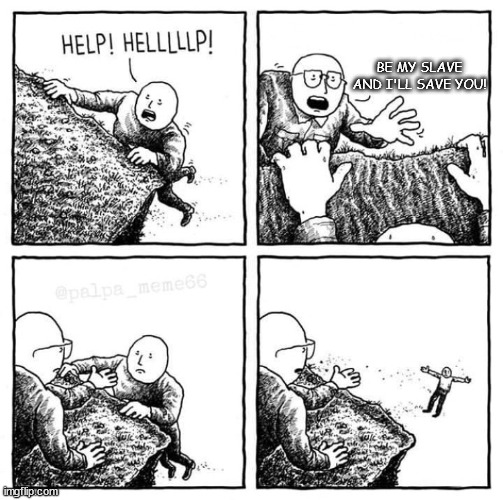 That’s what this is.

Also, consider that should somebody have had issues with their unemployment insurance – say there were paperwork snafus they wanted to clear up – who were they to talk to? At least in California, where the Employment Development Department deals with unemployment insurance, their doors were closed. And have been closed to the public for 25 years. Allegedly, this is in part due to a shooting that took place years back.

One time I caught a stingray. Nobody in my family has been allowed to go fishing ever since.

Other states saw similar situations unfold as government workers responsible for fixing unemployment claims and working with the public as public servants locked and barred their doors for months on end. Americans were left to deal with voice recordings and automated messaging systems which left callers on hold for hours on end.

“Congress shall make no law respecting an establishment of religion, or prohibiting the free exercise thereof; or abridging the freedom of speech, or of the press; or of the right of the people to peaceably to assemble, and to petition the Government for a redress of grievances.” – The First Amendment

While one may say it was still possible to contact somebody to complain, if one does everything in their power to make it as difficult as possible to do so, they’ve paved the way with caltrops.

But perhaps what’s even more concerning is this…

And consider that it’s estimated up to 50% of American unemployment money was stolen.

Haywood Talcove, the CEO of LexisNexis Risk Solutions, doesn’t think the bulk of this money was stolen by Americans either. He estimates that 70% of all fraudulent claims ended up in China, Nigeria, and Russia.

“These groups are definitely backed by the state,” says Talcove.

So were there fraudulent claims put out for unemployment? Absolutely.

But it appears that this largely went to state actors, not to unemployed Americans.

Was this a form of economic warfare?

Another factor to consider is this: communism doesn’t work. Never has, never will. Communistic policies invariably fail. When they do, though, it makes the politicians who pushed them look like idiots. There’s nothing a politician hates worse than looking like an idiot. To keep the image protected, those communistic policies therefore must float.

And money helps them to do that.

If you’re dealing with an economic crisis, if you’re now in an economy that is $30 trillion in debt, if inflation is going through the roof, you will desperately need money as a politician.

How do you get it?

Is it by clawing back unemployment benefits?

Are you prepared to pay back unemployment insurance money?

Never before in history has the American society been forcibly shut down as it was in 2020. Never. There is no precedent.

All that being said, now the state may be gearing up to ask for unemployment insurance money back. Perhaps your state already has (as mentioned above, this has been going on in some states for over a year). Either way, the point is this: you need to be preparing your family for such a position financially (and perhaps with lawyers as well) now so that this doesn’t catch you off guard.

Personally, I don’t think this is the only financial happening you need to be ready for. I think it’s a matter of time before student loans are forgiven, pensions are nationalized, and the Evergrande collapse causes American banks to start calling in people’s loans (whether on cars or houses).

I’m not a financial advisor. This isn’t financial/investment advice. This are just my musings on what I’m seeing.

And are you prepared?

What do you think about the government demanding the money back?

Are you of the opinion that it’s ethical for the government to remove opportunities to earn a living and then demand the money back? How far do you think they’ll go to retrieve the money they paid out? How will people who have finally gotten back to work handle both paying back thousands of dollars and rampant inflation at the same time? Share your thoughts in the comments.

Be the first to comment on "2020 Unemployment Called. They Want Their Money Back."