A recent survey of 2,000 Americans carried out by “innovation consultancy” Highland took a close look at how personal finances and spending habits have changed since the start of the COVID-19 pandemic, which crushed the US economy and has triggered a protracted downturn around the world.

With the US labor market adding just 245K new jobs last month, a sign that the sharp rebound from the chaos of March has already run its course, and millions of Americans waiting on more stimulus from Washington, the share of people living check to check has expanded rapidly.

Even before the pandemic, a staggering percentage of Americans didn’t have enough cash on hand for an unexpected hardship of $400. But what’s even worse for America’s consumption-driven economy is that a solid majority of Americans have reduced spending, some dramatically, as the pandemic has made socialization difficult. According to the survey, 63% have cut back on spending since the start of the pandemic.

Asked for their reasons, respondents cited the need to be more cautious with their finances (60%), experiencing a reduced salary or income (49%), and staying home more often (40%).

After the unemployment rate spiked to more than 14% in April, Americans continue to be wary about their job security and income. According to respondents, more than a quarter feel they do not currently have a stable income, and 63% say they have been living paycheck to paycheck since the pandemic. Millennials appear to be the hardest hit demographic as 64% say they are living paycheck to paycheck.

Moreover, 25%  of respondents feel they don’t currently have a stable income.

27% of respondents also said they’ve taken on more than $10K in debt.

But perhaps the most alarming number from the entire survey: a whopping 82% of respondents said they wouldn’t be able to cover an emergency $500 expense without borrowing money. 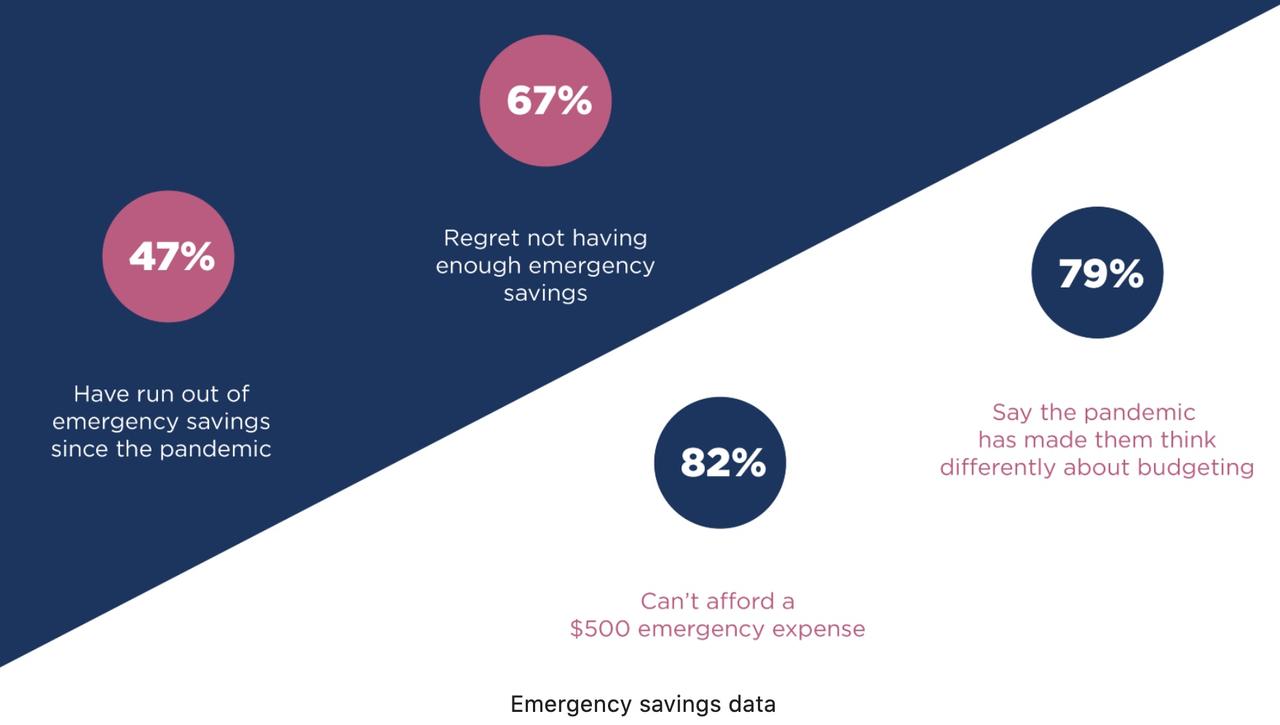 For context, prior to the pandemic, surveys showed that roughly half of Americans couldn’t afford a $500 emergency expense, which means the number of people who say they couldn’t cover a small emergency has risen by 60%.

Nearly half added that they now regret living beyond their means for so long before the crisis.

But the market’s at record highs, so at least those who have the option can borrow against their 401(k)s for a little emergency cash (that is, if they have a 401(k)).