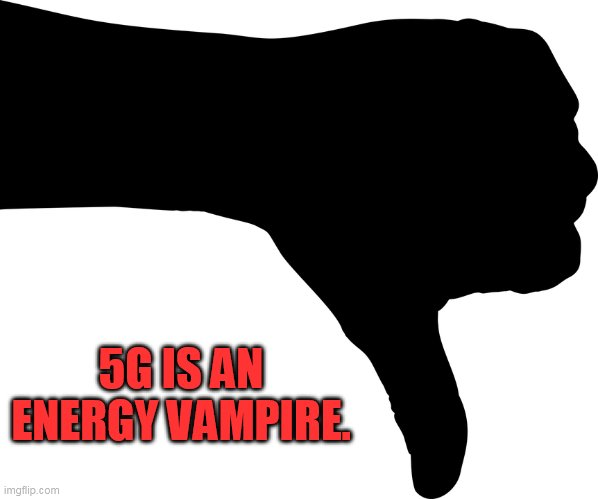 Reports and warnings about 5G being an “energy vampire” are NOT new. Regardless of how your feel about your “carbon footprint” or anybody else’s – this is still considered to be one of many disadvantages identified with this controversial technology (see 1, 2, 3, 4, 5, 6, 7, 8, 9). 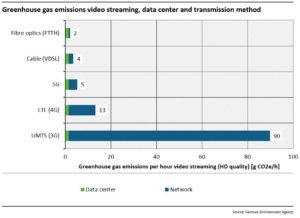 The key findings of the study include:

“The reality is that companies are planning for billions of new wirelessly connected devices, which will exponentially increase energy consumption and greenhouse gas emissions. Industry is pushing “5G” phones which rely on 4G,” stated Theodora Scarato, Executive Director of Environmental Health Trust, who pointed to numerous reports that show wireless increases our carbon footprint.

“The widespread rollout of 5G will not cut energy consumption. 5G is a classic case of the Jevons Paradox. The push for 5G will increase our energy use. First, 5G clearly uses more energy than wired connections. Second, industry projects global mobile devices will grow from 8.8 billion in 2018 to 13.1 billion by 2023. In economics, the Jevons Paradox is when technological progress increases the efficiency with which a resource is used, however because the demand and consumption also increases, the end result is overall increased use of the resource, despite efficiency gains.”

Secondary insurers have refused to cover damages from electromagnetic fields for decades. Insurance authority Swiss Re classifies 5G as a “High Impact” emerging risk, comparable to asbestos. In 10 K reports to the Federal Trade Commission, telecommunications companies warn shareholders, “We cannot guarantee that claims relating to radio frequency emissions will not arise in the future or that the results of such studies will not be adverse to us.”

While the impacts of wireless expansion on wildlife and the tree canopy have eluded major headlines, investigations into 5G’s higher frequencies warn of serious consequences for bees and for humans. Wireless is scientifically linked to cancer, behavioral and reproductive effects.

PDF of Report Summary in English

Cities worldwide AND entire countries have taken action to ban, delay, halt, and limit 5G installation AS WELL AS issue moratoriums (see 1, 2, 3, 4, 5, 6, 7). American opposition includes federal agencies and other experts who have warned that it threatens national security, public safety, and weather forecasting accuracy (see 1, 2, 3). In fact, Trump recently withdrew his re-nomination of a veteran FCC commissioner because of this.

The majority of scientists worldwide oppose deployment until studies show that it’s safe. Since 2018 there have been reports of people and animals experiencing undesirable symptoms and illnesses after 5G has been turned on (see 1. 2, 3, 4). Of course other sources of wireless can cause symptoms and illnesses too. Nevertheless, no matter how you look at it – 5G’s faster internet seems like more trouble than it’s worth.

Be the first to comment on "Study: Streaming Video with 5G Uses A LOT More Energy than Streaming with Fiber Optics"