By Dave Maas and Matthew Guariglia

The San Francisco Police Department (SFPD) conducted mass surveillance of protesters at the end of May and in early June using a downtown business district’s camera network, according to new records obtained by EFF. The records show that SFPD received real-time live access to hundreds of cameras as well as a “data dump” of camera footage amid the ongoing demonstrations against police violence.

The camera network is operated by the Union Square Business Improvement District (BID), a special taxation district created by the City and County of San Francisco, but operated by a private non-profit organization. These networked cameras, manufactured by Motorola Solutions’ brand Avigilon, are high definition, can zoom in on a person’s face to capture face-recognition ready images, and are linked to a software system that can automatically analyze content, including distinguishing between when a car or a person passes within the frame. Motorola Solutions recently unveiled plans to expand its portfolio of tools for aiding public-private  partnerships with law enforcement by making it easier for police to gain access to private cameras and video analytic tools like license plate readers.

Union Square BID is only one of several special assessment districts in San Francisco that have begun deploying these cameras. These organizations are quasi-government agencies that act with state authority to collect taxes and provide services such as street cleaning. While they are run by private non-profits, they are funded with public money and carry out public services. However, in this case, the cameras were driven by one particular private citizen working with these districts.

In 2012, cryptocurrency mogul Chris Larsen started providing money for what would eventually be $4 million worth of cameras deployed by businesses within the special assessment districts. These camera networks are managed by staff within the neighborhood and streamed to a local control room, but footage can be shared with other entities, including individuals and law enforcement, with little oversight. At least six special districts have installed these camera networks, the largest of which belongs to the Union Square BID. The camera networks now blanket a handful of neighborhoods and cover 135 blocks, according to a recent New York Times report. 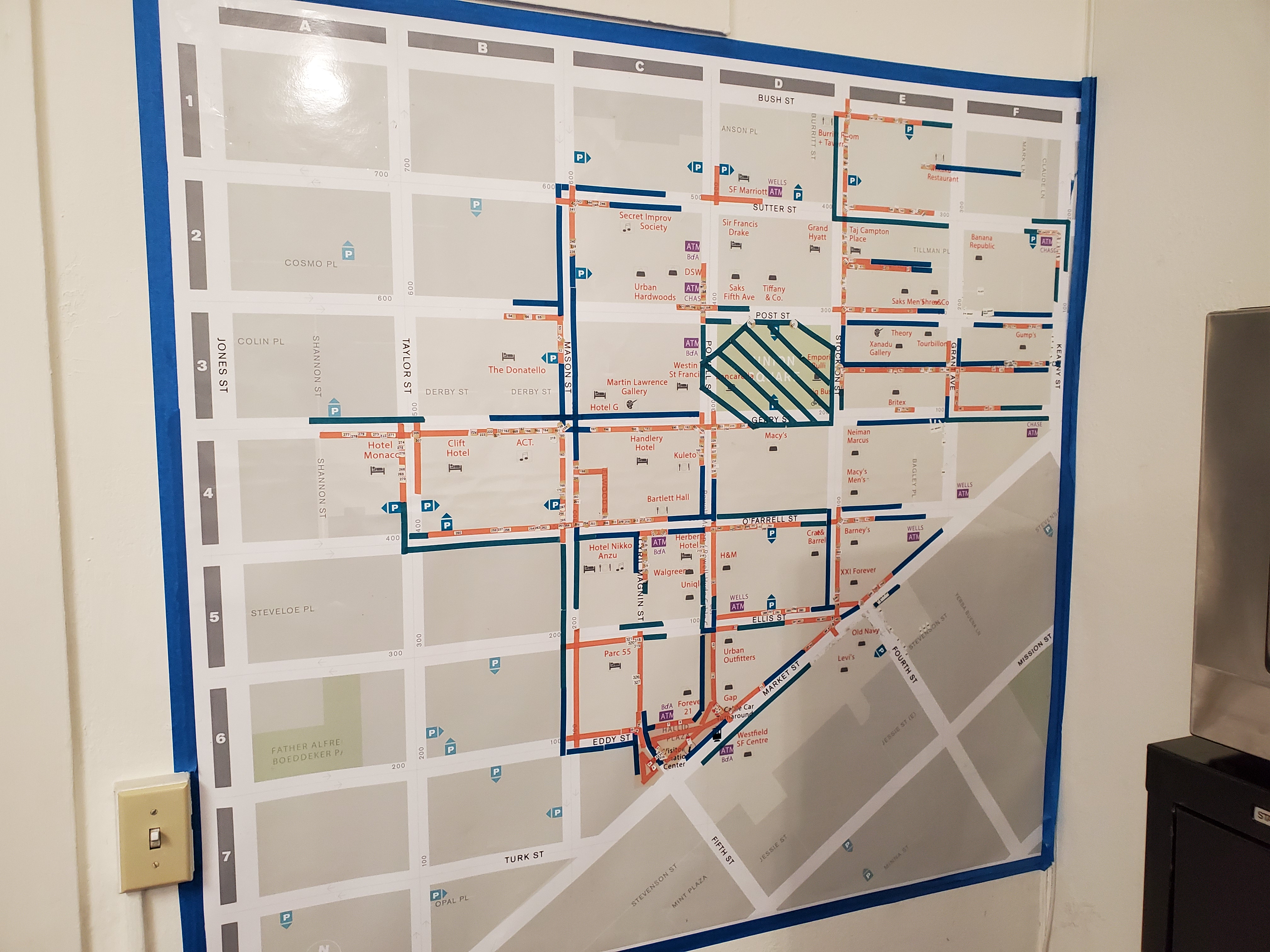 According to logs obtained by EFF, SFPD has regularly sought footage related to alleged looting and assault in the area associated with the ongoing protests against police violence. However, SFPD has gone beyond simply investigating particular incident reports and instead engaged in indiscriminate surveillance of protesters.

Review the documents on DocumentCloud or scroll to the bottom of the page for direct downloads.

SFPD requested and received a “data dump” of 12 hours of footage from every camera in the Union District BID from 5:00 pm on May 30, 2020 to 5:00 am on May 31, 2020. While this may have coincided with an uptick in property destruction in the protests’ vicinity, the fact that SFPD requested all footage without any kind of specificity means that anyone who attended the protests—or indeed was simply passing by—could have been caught in the surveillance dragnet.

Also on May 31, SFPD’s Homeland Security Unit requested real-time access to the Union Square BID camera network “to monitor potential violence,” claiming they needed it for “situational awareness and enhanced response.” At 9:38am, the BID received SFPD’s initial request via email, and by 11:47am, the BID’s Director of Services emailed a technical specialist saying, “We have approved this request to provide access to all of our cameras for tonight and tomorrow night. Can you grant 48 hour remote access to [the officer]?”

This email exchange shows that SFPD was given an initial two days of monitoring of live feeds, as well as technical assistance from the BID,  to get their remote access up and running. An email dated June 2 shows that SFPD requested access to live feeds of the camera network for another five days. The email reads:

“I…have been tasked by our Captain to reach out to see if we can extend our request for you [sic] BID cameras. We greatly appreciate you guys allowing us access for the past 2 days,but we are hoping to extend our access through the weekend. We have several planned demos all week and we anticipate several more over the weekend which are the ones we worry will turn violent again.”

Prior to these revelations, Chris Larsen, the funder of the special assessment district cameras, was on record as describing live access to the camera networks as illegal. “The police can’t monitor it live,” said Larsen in a recent interview, “That’s actually against the law in San Francisco.” 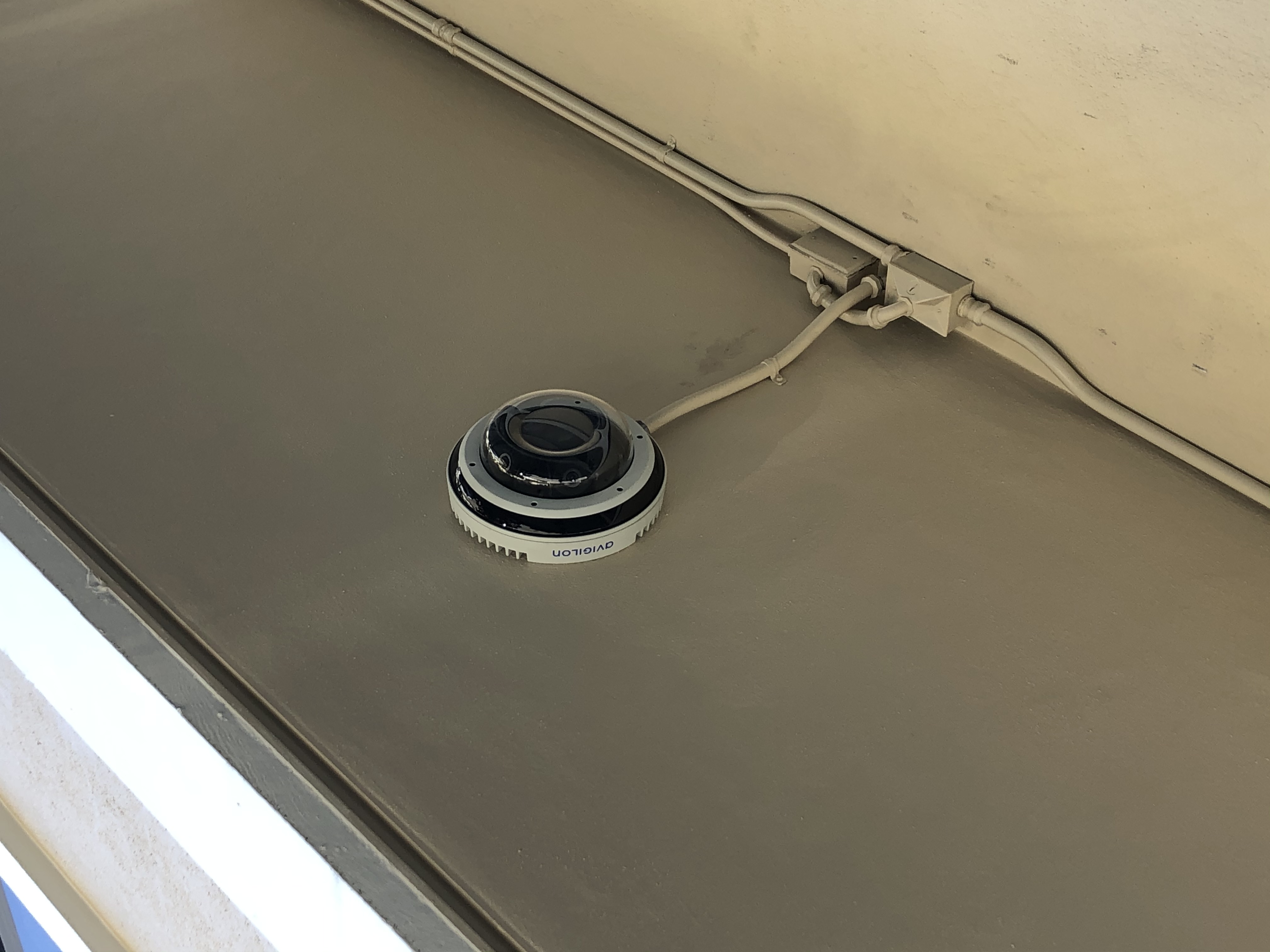 An example of an Avigilon camera in San Francisco’s Japantown.

These unregulated camera networks pose huge threats to civil liberties, even in times outside of the largest protest in U.S. history. In addition to cameras mounted outside of or facing private businesses, many of the special assessment district cameras also provide full view of public parks, pedestrian walkways, and other plazas where people might congregate, socialize, or protest. These documents prove that constant surveillance of these locations might capture—deliberately or accidentally—gatherings protected under the First Amendment. When those gatherings involve protesting the police or other existing power structures, law enforcement access to these cameras could open people up to retribution, harassment, or increased surveillance and ultimately chill participation in civic society. SFPD must immediately stop accessing special assessment district camera networks to indiscriminately spy on protesters.

Ohio Governor Withdraws Ban of Hydroxychloroquine 24 Hours After Banning It