Having been decidedly off-the-radar for months since the controversial ‘suicide’ of Jeffrey Epstein, NBC New York reports that Ghislaine Maxwell has been arrested by the FBI and charged by federal prosecutors.

Multiple senior law enforcement officials reportedly said the British socialite and heiress was arrested in New Hampshire on Epstein-related charges and is expected to appear in a federal court later today.

The long-time friend and confidante of Jeffrey Epstein was alleged to have helped Epstein groom teen girls for sex with the rich and powerful.

As Adam Klasfeld reports, the indictment reads that:

[Ghislaine] Maxwell assisted, facilitated and contributed to Jeffrey Epstein’s abuse of minor girls by, among other things, helping Epstein to recruit, groom, and ultimately abuse victims…

The victims were as young as 14.

In particular, between in or about 1994 and in or about 1997, MAXWELL was in an intimate relationship with Epstein and also was paid by Epstein to manage his various properties.

Ghislaine has been accused by three women of procuring and training young girls to perform massages and sexual acts on Epstein and his associates.

Virginia Giuffre (previously named Virginia Roberts), one of Epstein’s alleged victims, claimed in a civil lawsuit that Maxwell “recruited” her into Epstein’s orbit, where she was forced to have sex with Epstein and his powerful friends, including Prince Andrew.

Giuffre asserts in her complaint that Maxwell, the sole defendant in the suit and the daughter of late publishing magnate Robert Maxwell, routinely recruited underaged girls for Epstein and was doing so when she approached the $9-an-hour locker room attendant at Mar-a-Lago in 1999 about giving massages to the wealthy investment banker.

Giuffre alleges that Maxwell ultimately trained her in how to give “massages” to Epstein that involved sex acts and, essentially, prostitution. When Maxwell publicly denied the allegations and called Giuffre a liar in 2015, that gave her the opening to head to federal court and file the defamation suit now headed for trial. –Politico

In May we noted that the accused ‘madam’ was reportedly holed up in a luxury apartment on Paris’s Avenue Matignon – just a five-minute drive from the dead pedophile’s $8.6 million flat.

Maxwell “is moving locations every month to keep private investigators off her tail and is ­staying at the residences of trusted colleagues and contacts,” according to a source.

“She wants to remain in France for as long as she can to take advantage of extradition laws and has a huge network of contacts willing to keep her hidden,” they added. “Under French law anyone born on French soil is safe from extradition to another country, regardless of the alleged crime.“

As Esquire‘s Gabrielle Bruney explained in May, Maxwell is the youngest of Elisabeth and Robert Maxwell’s nine children, and was born in France in 1961. The family lived in an English mansion, and her father was the founder of a media empire and served in Parliament. Maxwell attended one of the UK’s most exclusive boarding schools and then Oxford University. As members of British high society, Maxwell mingled with some of the nation’s most celebrated families, and became friends with Prince Andrew.

Her father died in 1991, after falling off his yacht and drowning. It’s been speculated that his death may have been a suicide, as on the day he died he was due to meet with the Bank of England over the matter of his being in default on millions in loans. After his death, the British media dubbed him the “crook of the century,” when it was revealed that he’d taken hundreds of millions of pounds from his employees’ pension funds. Maxwell told one news outlet after her father’s death that she felt he was murdered.

She moved to the United States the year of her father’s death and soon met Jeffrey Epstein. The relationship marked a second reversal of fortunes for Maxwell, whose family lost much of its wealth after her father’s death. In 2000, she moved into a $4.95 million Manhattan townhouse purchased “by an anonymous limited liability company, with an address that matches the office of J. Epstein & Co. Representing the buyer was Darren Indyke, Mr. Epstein’s longtime lawyer.” She was his companion for years, managing his households and introducing him to her society friends. 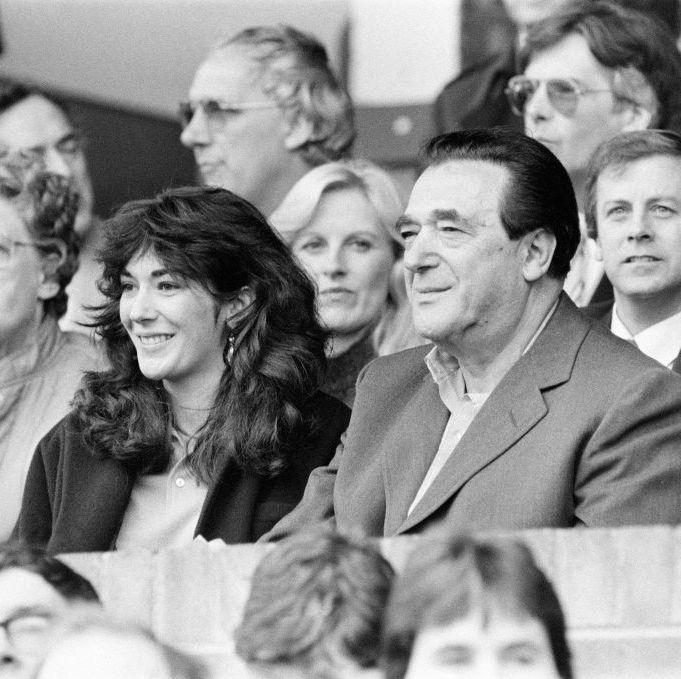 According to a lawsuit she filed this year in hopes of winning funds from the late financier’s estate, “While under Epstein’s employ, Maxwell was responsible for managing Epstein’s properties located in New York, Paris, Florida, New Mexico, and the U.S. Virgin Islands.”

“During the course of their relationship, including while Maxwell was in Epstein’s employ,” the lawsuit reads, “Epstein promised Maxwell that he would support her financially. Epstein made these promises to Maxwell repeatedly, both in writing and in conversation.”

However, a 2003 Vanity Fair profile of Epstein denied that Maxwell was an employee.

After Epstein’s 2008 conviction for soliciting prostitution from an underage girl, the two appeared to end their public association. In 2009, accuser Virginia Roberts Giuffre filed a civil suit against Epstein accusing him and Maxwell of grooming her into their alleged sex trafficking ring. However, Maxwell remained a fixture in New York society until around 2015. In 2012, she founded an environmental nonprofit called The TerraMar project, which folded in late 2019. 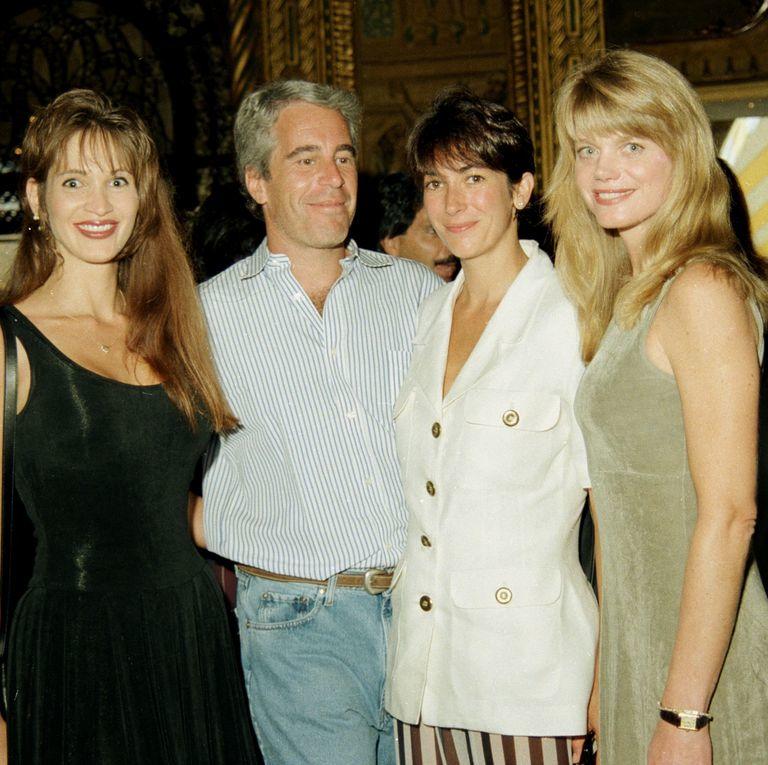 Epstein with Maxwell in 1995

Though multiple survivors have alleged that Maxwell participated in Epstein’s alleged crimes, she’s never been criminally charged. One thing that could stymie potential efforts to level charges against Maxwell is the infamous 2008 plea deal that Epstein struck with the US Attorney for Miami, Alexander Acosta, which found him serving just 13 months in prison after initially facing charges that could have garnered him a life sentence. Jeffrey Epstein: Filthy Rich producer Joe Berlinger described the deal to Esquire as “unprecedented, unheard of sweetheart deal” that “included a non-prosecution agreement for named and unnamed co-conspirators.”

In April, an appeals court upheld the 2007 deal, writing in its opinion that the decision was “not a result we like, but it’s the result we think the law requires.” 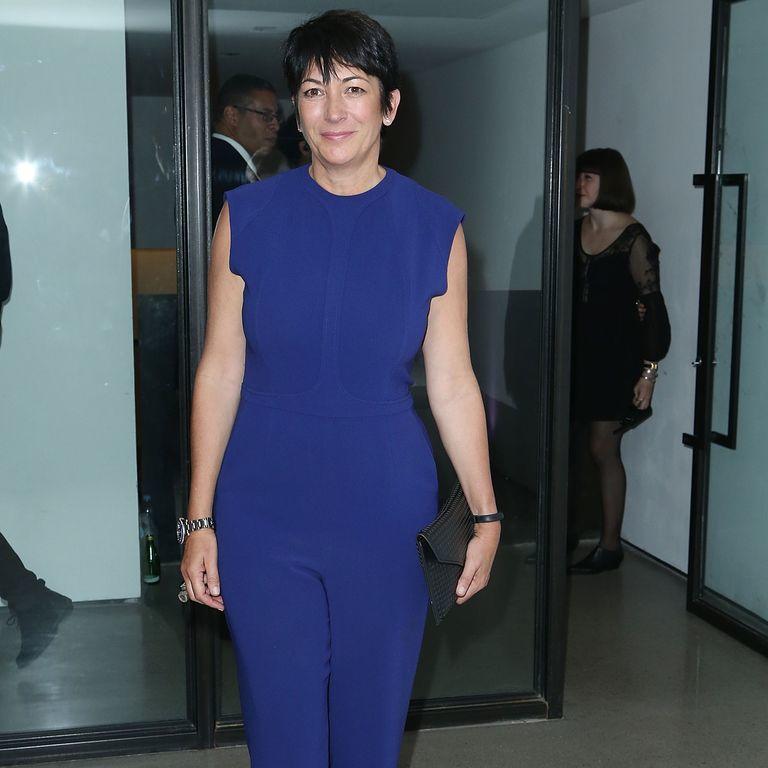 Maxwell is currently suing Epstein’s estate for money for her legal fees, and for the price of private security, alleging that her “prior employment relationship” with Epstein has caused to her be subjected to death threats.

As Jonathan Turley notes, “frankly, as a criminal defense lawyer, I am surprised that Maxwell risked returning to the United States. She was believed to be living in Paris.  It was well-known that the Justice Department was pursuing the case, including demands to interview Prince Andrew.”

Her arrest may be unnerving for figures like Prince Andrew.  She would be the ultimate witness if she decided to cooperate on broader criminal inquiries.  Giuffre and others have alleged that she was the primary procurer of young girls for Epstein to abuse.

Such prosecutions are not easy given the passage of time. However, the government clearly has live witnesses like Giuffre who might have a significant impact on a jury. The government would have to show more than her mere presence at these homes or parties.

Interestingly, Turley notes that the improper role played by the Justice Department in the original Epstein case deal may actually help it now with any prosecution of Maxwell.