When it comes to fighting COVID-19, mass-testing, effective contact-tracing and wearing face masks in public are all claimed to be effective at curbing the disease’s spread.

Technological solutions are still being developed across much of the world and Germany has just rolled out its new “Corona Warning App”.  Reuters reports that the app, now available for Apple and Android devices, uses Bluetooth short-range radio to measure close contacts between people and issues a warning should one of them later test positive for COVID-19.

But, as Statista’s Niall McCarthy notes, even though experts have praised the app, the public is divided about using it for privacy reasons.

In April, 47 percent of the German public said they would use such an app and that fell to 42 percent by June, according to polling data from Forschungsgruppe Wahlen. 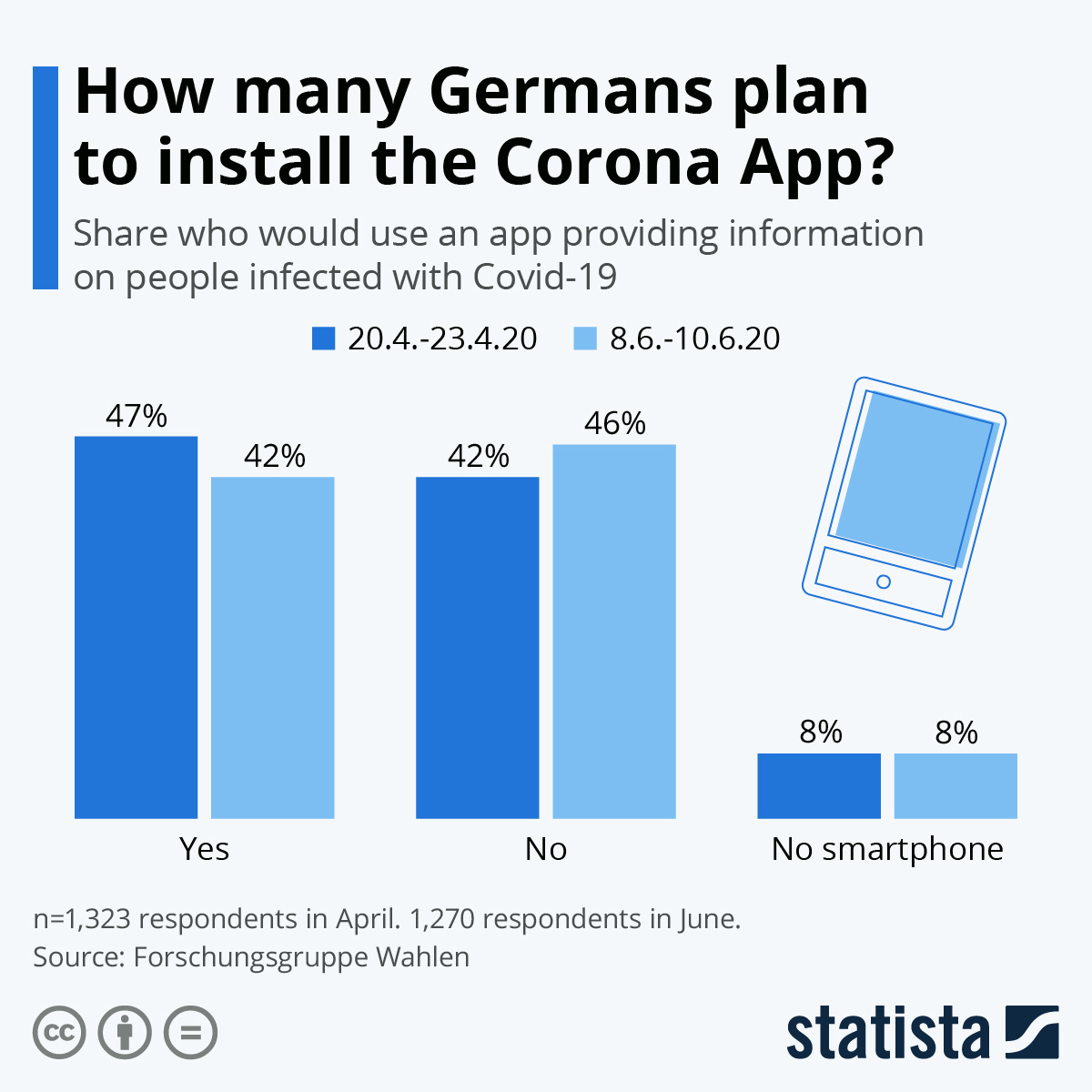 And so German officials are appealing to the public to help break the chain of infection.

“This app isn’t a cure-all. It’s not a free pass. But it’s an important additional tool for containing the pandemic,” Health Minister Jens Spahn said.

Some observers have called for an EU-wide alert app, claiming the busy summer holiday season could render national solutions ineffective. However, with the German people refusing to play along with the mass surveillance and Norway having already abandoned their “tracking” app, we suspect any EU-wide solution is as fantasy-laden as the likelihood of strong economic growth ever reappearing.