The coronavirus hit Chile at a particularly delicate time. Back in October, the Chilean military deployed tanks and troops onto the streets of Santiago – the Chilean capital – and President Sebastian Piñera declaring a state of emergency to quell a violent uprising triggered by – of all things – a hike in metro fares (can you imagine that happening in NYC?).

Now, some of the nation’s poorest are rising up against the government again in a violent protest movement over the lack of government assistance. Specifically, food shortages have left thousands of Chileans with nothing to eat, and the mandatory closures have made it impossible for them to work or buy food.

Video of the crowds of demonstrators and clashes with soldiers were shared by reporters on social media.

#Chile | Citizens protest the lack of help from #SebastianPiñera‘s government during the #COVID19 pandemic. #Coronavirus pic.twitter.com/hDjQfjs9ZD

In a televised address last night, President Piñera pledged to get food to those in need, according to the Santiago Times, the capital’s largest English language newspaper.

Chile has more than 46,000 cases of the virus, along with 478 deaths, but a recent spike in cases and deaths prompted Piñera go impose a lockdown in and around the capital. The strict measures, which were heavily enforced, went into effect this weekend. 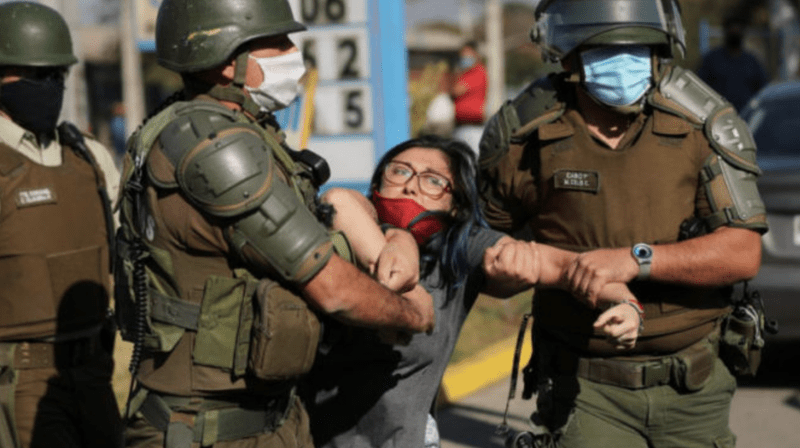 As the unrest swelled, dozens of Chilean lawmakers went into “preventative isolation” after being “exposed” to the virus. Meanwhile, local officials cautioned that they were caught in a “very complex situation” because of “hunger and lack of work”. In a statement, local officials said they had distributed about 2,000 aid packages but warned the central government that this fell far short of meeting demand. Piñera later pledged his government would provide 2.5 million baskets of food and other essentials over the next week or so.

“We will prioritize the most vulnerable families,” he said, describing the plan as “historic”.

“I understand the deep anguish of millions of Chileans, thousands are starving,” he wrote.

The unrest seen yesterday isn’t unique to Chile. Across the region, Latin American governments are confronting how to stop the virus and enforce lockdowns without the financial resources to provide for workers during the lockdown. In Brazil, hundreds of people from Sao Paulo’s largest favela marched to the state governor’s palace demanding more support last week; and in Colombia, citizens have been hanging red cloths outside their homes to signify hunger. Finally, in El Salvador, people have been banging pots to protest against the lockdown.

Although Santiago is one of the most prosperous cities in Latin America, a stark rich-poor divide and a growing sense of economic inequality have prompted mass protests in late 2019. Many of the demands lodged by protesters last year, from increased pensions to higher pay, remain unresolved.

Imagine what will follow when these governments confront the cost of these lockdowns and are forced to cut services even further while raising taxes?

Republished from ZeroHedge.com with permission. Sourced from The Mind Unleashed.

Be the first to comment on "“Thousands Are Starving”: Protesters Demanding Food Clash With Soldiers As Lockdown Intensifies in Chile"