It is common knowledge that the central banks of the world, like the Federal Reserve, control monetary policy for everyone, everywhere. Central banks are an exclusive lot because in each case, each bank has only one customer, namely, the host nation’s government. The Federal Reserve only serves the United States Treasury, for instance. The Bank of England only serves the British government, and so on.

The influence wielded by central banks is felt in all areas of economic activity within the home nation as well as in surrounding countries. In the case of the Federal Reserve, which manages the most important reserve currency in the world, its activities are closely watched by economists and forecasters  everywhere.

What most people don’t know, however, is that the central bank collective has a central bank of its own: the Bank for International Settlements (BIS). The BIS is located in Basel, Switzerland and the vast majority of its operations and policies are shrouded in total secrecy. The BIS invents and directs policies for all other central banks and conversely, no central bank acts outside the policy structure set by the BIS.

In a 2018 Bloomberg Markets Special Report titled Welcome to the Elite Private Club Of the World’s Central Bankers, a key fact about the BIS was revealed:

There’s been a changing of the guard at the Bank for International Settlements, the little-known organization that sits at the heart of the world’s financial system. Agustín Carstens, former head of Mexico’s central bank, succeeded Jaime Caruana as general manager on Dec. 1. He’s taking charge of an institution that stands out as a bastion of global technocracy in an age of increasing transparency and growing disillusionment with elites.

A bastion of global technocracy?

If the Bank for International Settlements is indeed a bastion of global Technocracy, what does that say about all the subsidiary central banks and the rest of the commercial global banks operating in each nation?

Well, it spells big trouble. It portends a total global transformation and reset of the world’s finance and economic system.

In June 2019, the Governor of the Bank of England, Mark Carney, delivered a speech to the Lord Mayor’s Banquet for Bankers and Merchants of the City of London at the Mansion House in London. The Bank of England is one of most powerful central banks in the world, and its Governor sits on the Executive Committee at the Bank for International Settlements.

Indeed, the Bank of England is finally revealing itself in the image of green Fintech** (Financial Technologies) that will finance the world into Sustainable Development: “We will support the transition to a carbon-neutral economy.” 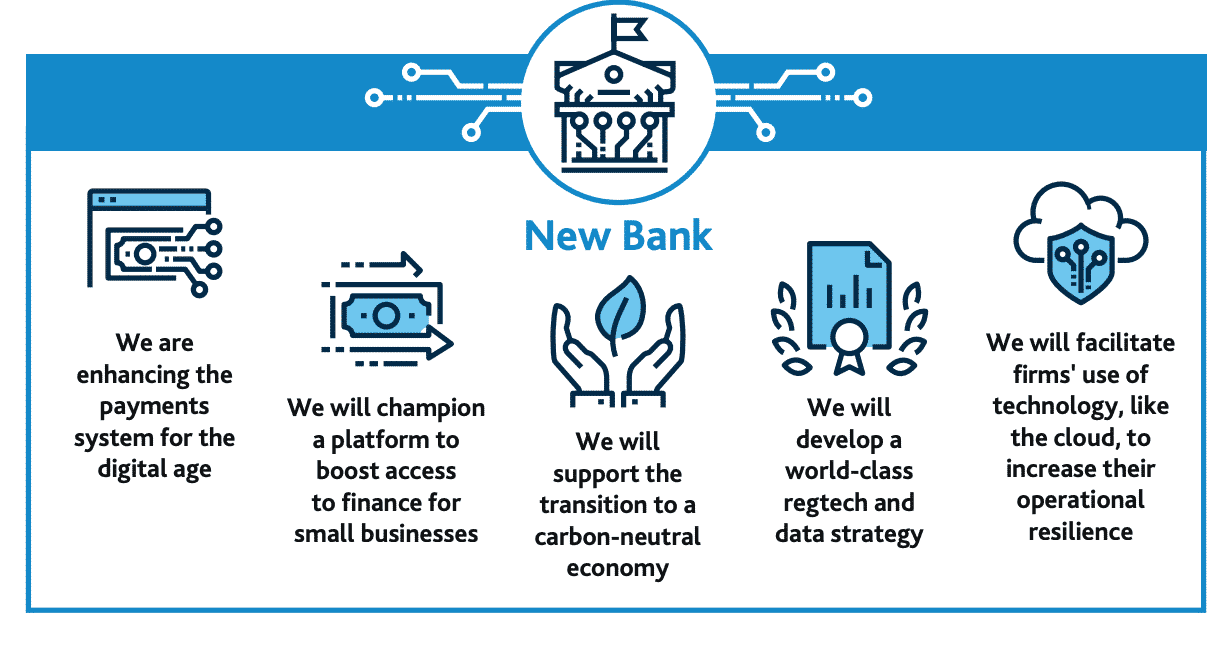 Infographic from Bank of England report

In sum, the central banks of the world have revealed that they are 100% complicit with the United Nations’ economic system known as Sustainable Development, aka Technocracy; the Bank for International Settlements has been recognized by a major financial publication as a “bastion of global Technocracy; individual central banks are reinventing themselves to complete the transition to the new economic system.

Technocracy is upon the world. It is not driven by citizens, but rather by the same global elite that have been pushing for it for several decades. As such, it is a huckster operation to ultimately twist the natural resources of the world out of the hands of citizens and nations, and into the coffers of the elite.

I hope the reader can see that the clear and present danger to the world is Technocracy, not Communism, Socialism or Fascism. This must be recognized now, while there is still a sliver of time left to do anything to stop it.

Be the first to comment on "Day 8: Technocracy And Central Banks"