Nothing is more deplorable than hijacking human tragedy to push an unrelated political agenda. A mass murderer taking the lives of some 60 people in Las Vegas this week has nothing to do with the majority of lawful firearms owners in the United States who aren’t and have no intention of ever killing another human being.

Yet the knee-jerk reaction of many emotionally-driven people in the face of an overwhelming tragedy is to shift public debate back to gun control and even banning guns altogether.

Emotional and irrational responses in the face of overwhelming circumstances is part of human nature and require patience.

Yet another part of being human is then appealing to our ability to reason. To reason we must have facts.

Upon examining the following 6 facts, we will see that access to firearms has no significant relationship to violence – and that violence is driven by another entire set of factors that must be addressed if we honestly want a more peaceful and prosperous world.

1. According to the FBI, more people die of barehanded assaults in the US per year than all rifle violence (“assault rifles” included) combined. In fact, homicide via personal weapons like hands and feet is more than double homicides carried out with rifles. 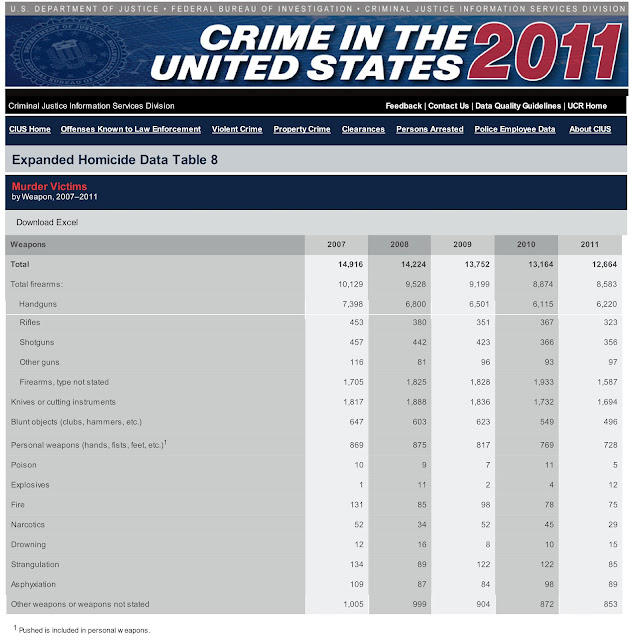 Most gun homicides are carried out by handguns in some of America’s most destitute communities where national and local governments have failed to keep up with infrastructure, providing education, or economic opportunities. Cities like Detroit who have had their industry shipped overseas and their infrastructure left to – in some cases literally – rot.

2. According to the Small Arms Survey conducted by the Graduate Institute of International and Development Studies in Geneva, Switzerland, the United States has the most guns per capita of any other nation on Earth at 112 guns per 100 people. Second place goes to Serbia at 58.21 guns per 100 people.

Based on this and assumptions that access to firearms equates directly to more violence, we would expect to find the United States and Serbia at the top of list regarding both homicides, and gun related homicides, yet this is not the case at all.

Nations topping the list of gun homicides together with total homicides reveal little relationship between the number of guns per capita and actual violence. In fact, despite the immense amount of firearms in the United States, the United States has a relatively low homicide and gun-related homicide rate. This is why gun ban advocates often attempt to cite “gun related deaths” which includes accidents and suicide instead of citing gun-related homicides – even when advocating gun bans after high-profile mass shootings and murders.

5. Gun ban advocates often claim the United States cannot be compared with “failed states” and instead should be compared with “advanced states” like Denmark, Sweden, etc. This is called “cherry picking” and is a logical fallacy, not rational or honest debate.

Neither El Salvador nor Honduras are “failed states” according to the Fragile States Index.

And neither Denmark nor Sweden have a “Detroit” like the US does. During a debate, all data must be considered, not conveniently and conditionally picked through so the numbers add up in one’s favor.

6. Despite the UK and Japan both being “gun free” – according the the United Nations (summarized on Wikipedia here) – the UK has a higher total number of murders (594) than Japan (395) despite having half of Japan’s population (UK: 65.64 million, Japan: 127 million).

For those tempted to claim that the UK isn’t actually gun free, realize that – according to USA Today – only about 50-60 murders a year in the UK are attributed to firearms, and if negated, still leaves the UK with higher total murders, and a still much higher murder rate than Japan.

All 6  facts tell us that violence is driven by socioeconomic factors, not access to firearms. If firearms drove violence, the United States would be by far the most violent nation on Earth, followed by Serbia – they are not. The UK and Japan would have roughly the same rate of homicides – they do not. 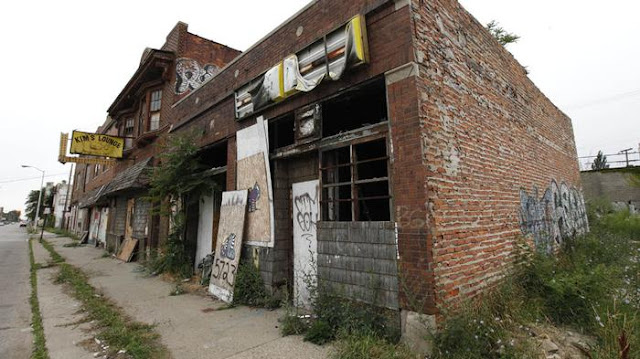 If you truly care about a more peaceful world, address the root causes of violence – which is clearly, obviously not access to weapons. Those who intentionally stir hysteria and prey on the emotions of well-meaning people to push issues like gun control have ulterior motives – and coincidentally allow all of the actual factors that drive violence – socioeconomic disparity and destitution – to continue or even expand.

If you are truly against violence, you must truly commit yourself to understand what really causes it, and not indulge in emotional campaigns pursuing irrational measures that not only will not stop violence, but will invite great amounts of the very exploitation and injustice that drives violence.

Banning guns did not stop terrorists in Europe from obtaining completely illegal AK-47s used in Paris, France killing over 130 people, nor did banning guns stop a terrorist from using a truck in Nice, France to take the lives of over 80 people. Gun bans did not stop the alleged hijackers of the planes used on September 11, 2001 to kill nearly 3,000 people. They used box cutters.

Those who are determined to carry out premeditated mass murder like that which unfolded in Las Vegas, will do so no matter what implements they have at their disposal. Figuring out what factors actual cause an individual or organization to contemplate and carry out mass murder is the only way to stop or reduce future acts of violence.

Examining the heavily medicated, violent, and intentionally divided population of America and the socioeconomic doldrums they inhabit would be a good place to start.

124 Comments on "Another Mass Shooting, Another Grab For Guns: 6 Gun Facts"