Everything from self-driving cars to more capable and prolific industrial robots in factories are threatening a growing list of human jobs. And with artificial intelligence findings itself applied across a growing list of specialized tasks, not only is menial labor being threatened and disrupted, but so are many “white-collar” jobs.

A population facing the prospect of unemployment because their jobs have been permanently replaced by automation is a growing problem that requires an urgent solution. And many solutions have been proposed.

Education programs are proposed to retrain workforces around the globe to tackle jobs that still require human labor. There is also the proposal of what is called universal basic income. It is described by Wikipedia as:

…a form of social security in which all citizens or residents of a country regularly receive an unconditional sum of money, either from a government or some other public institution, in addition to any income received from elsewhere.

It sounds like a simple and attractive solution. But there are multiple dimensions to universal basic income often overlooked by proponents.

First, it leaves entire populations completely dependent on whatever government or public institution is tasked with providing these sums of money to the public, something governments and public institutions throughout history have been notoriously inefficient at for a wide variety of reasons.

Second, it leaves whoever is using automation, mainly corporations, with an uncontested monopoly over the technological foundation of modern society. Such monopolies have also, throughout history, proven notoriously negative for society.

Currently, experiments are underway to see what impact universal basic income will have on populations.

Business Insider provides a list of ongoing or upcoming experiments being carried out around the world.

The Guardian goes into the details of an experiment being carried out in Finland including points and counterpoints regarding the perceived benefits and challenges presented to governments who would have to pay for the extravagant social program.

For people with unshakable faith in their government and institutions, universal basic income is the perfect solution for them. For the rest of society, other options should be explored. The Guardian‘s article makes mention of the fact that automation doesn’t necessarily equate to a population of unemployed people.

As Automation Closes One Door, It Opens Another…

Throughout history technology has rendered jobs and even entire industries void. Both individual workers and economies have been able to adapt all throughout history. This brings us back to education programs tasked with retraining workforces. 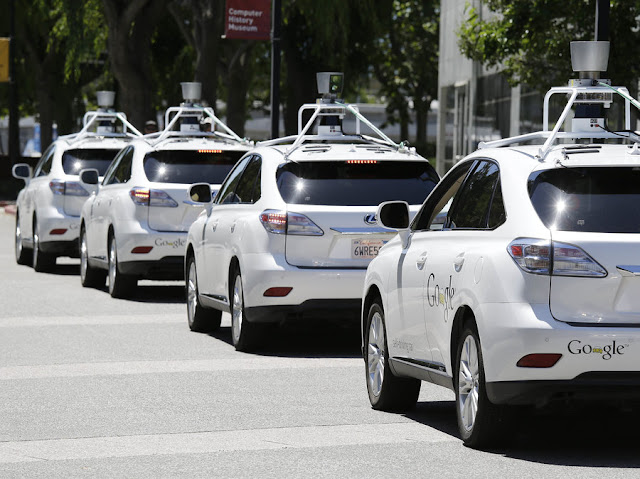 For example, self-driving cars may put drivers out of business. But investing in a self-driving vehicle, or a small fleet of self-driving vehicles could turn an unemployed driver into an entrepreneur capable of serving more customers as a business owner than they ever could have behind the wheel of a car or truck.

Likewise, chefs facing automation in kitchens could create their own restaurants. With automation, and perhaps coupled with peer-to-peer dining applications like PlateCulture, they would reduce costs involved in hiring and keeping labor, and keep more of the profits for themselves.

Applications like PlateCulture connect diners directly with chefs, and in the chef’s own home, circumventing many of the other challenges facing food & beverage entrepreneurs. Automation would simply allow a single chef in their home to serve more diners per day, and improve their prospects overall. 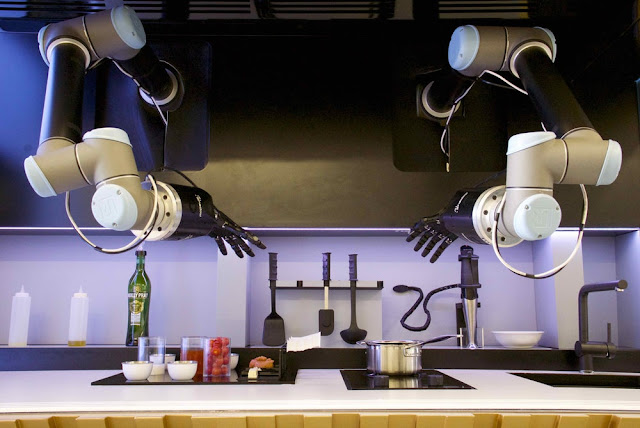 Compare this possibility with chefs sitting at home unemployed, living off of a universal basic income within an economy dominated by centrally owned fast-food chains utilizing automation. A future where entire populations are dependent on centralized corporations utilizing automation is more the stuff of cyberpunk dystopia than the telltale signs of progress.

In essence, the future of automation and its relationship with threatened employees depends on whether employees can see the opportunity cheaper robots, opensource AI, and peer-to-peer economic models offer them in making the transition from employee to entrepreneur.

For governments and public institutions genuinely interested in making a smoother transition from the current economy toward one dominated by automation and artificial intelligence, exploring universal basic income as a temporary measure is not entirely misguided, nor are retraining programs aimed at reassigning workers. However, there should be equal emphasis in distributing wealth through entrepreneurship and by leveraging automation to do so.

Universal basic income as a means of investing in small businesses coupled with training programs aimed at arming individuals with the skills necessary to succeed as entrepreneurs could be a middle ground where all three of these ideas meet.

Automation and other forms of modern technology already make it possible for more and more people to start and grow their own businesses, particularly information technology and even more specifically, the Internet. Personal manufacturing like 3D printing allows individual designers to explore physical prototyping and even short-run production, something only industrialists with factories were able to do in the distant past.

As automation expands and evolves, opportunities will present themselves to virtually everyone, no matter what their trade in life may be. It will be up to them, and policymakers, to exploit them to their fullest and forego the need for handouts and precarious arrangements of dependency solely on government and public institutions.

Brian Berletic writes for BIT Magazine, where this article first appeared, as well as Counter Markets agorist newsletter. Follow BIT Magazine on Twitter here. Learn more about our activism and projects at ProgressTH.org.

22 Comments on "Automation And Universal Basic Income: Are There Other Options?"