This article has to do with people who pick a political side or candidate and refuse to budge an inch, no matter how much troubling evidence is presented to them.

Their filter is firmly in place.

They have a vague impression of a politician—but vagueness is not an indicator of weakness. In this case, vague is mighty and powerful and immovable.

Such people feel an attachment, which they adore. The politician reflects back to them a belief they already hold. That belief, too, is vague. For example, “We must be kind to everyone.” But again, the vagueness is not a weakness. It is unshakable. Can the believer consider evidence that, in a particular situation, kindness is inappropriate or wrong? No. Never.

Based on a vague impression of a politician, and a vague belief, the person will go to his grave and beyond, gripping his attachment to both politician and belief. The entire power of the universe, focused on him, wouldn’t alter his stance.

“But you see, your candidate was instrumental in launching an unnecessary war that killed a hundred thousand people and turned a country into a hell hole, and here are the specifics…”

“Doesn’t matter. A few mistakes may have been made along the way…”

“Do you see that giant rock sitting on top of the hill above our village? It’s getting ready to fall. Let me show you some video and measurements.”

“I always loved that rock. It looks like a heart. Have you ever noticed? Don’t you dare try to split it in half or disturb it! When I was a child, I used to sing a song about The Granite King. We’d sit around the fire and roast marshmallows…”

It’s as if the person’s eyesight is becoming hazier as time passes, and yet his belief and attachment are gaining in strength.

“I’ve got my perception-filter, and I’m seeing everything through it, and I never put the filter aside and look at things as they are. Now, what was it you wanted to discuss?”

Of course, most politicians and their handlers capitalize on this hazy crazy psychological condition. Their prime goal is to impart a vague impression to the constituency. Why bother to strive for more?

George Bush the Elder spoke of a “kinder, gentler” society. Bill Clinton said, “I feel your pain.” These are rational political positions in the same way that the Rockefellers are, first and foremost, philanthropists.

Once a person’s perception-filter is fixed in place, he can be whipsawed without let-up. His candidate is good and glorious, and the other candidate is a monster. No facts necessary.

Evidence? Never heard of it.

Even if that proposition were true, it wouldn’t matter. What matters is how perception can be managed.

Now we’re talking about real triggering. Actual Pavlovian stimulus-response. The mere mention of the “monster’s” name or a cartoon of his face or a quote from him about the weather is sufficient to set off a foaming drool of rage.

Is this externally induced programming? Yes. But at a deeper level, the person is shaping his own response. He’s the author. He’s installing the conditioning.

And at a high enough perch of power, the opportunities are abundant. “We can set both sides against each other and provoke warfare. We can make the most ridiculous claims and feed them to the rabid dogs…”

Again, the degree to which one politician or the other is a monster or a proponent of virtuous progress is irrelevant. The divide-and-provoke-and-conquer operation is all that matters to controllers who are running the op.

Then there is this factor: the all-important initiation of an adrenaline reaction.

When people become tuned to that feeling, they seek it out. This is what they want. If a situation isn’t fight or flight, they’re not interested. They yawn and turn away.

“I don’t want to see a movie. I want to see a movie with fifty titanic explosions and bodies strewn on the street and buildings collapsing. And there’d better be athletic sex, too. And the hero has to experience at least ten close calls. I’m talking imminent death.”

The mere suggestion that one candidate might have a small flaw, while the other candidate is not quite Satan incarnate in every aspect, ruins the show. It dampens the hormonal rush.

“Who wrote that script? Give me my money back.”

Politics must be a movie projected on the screen of the subconscious. It must enter that territory unimpeded. Once there, it must take root and give birth to uncontrollable impulses.

Movie studios and high-level political manipulators are looking for this sweet spot. It’s cash and psychological payoffs and lines around the block.

“Look, we want love versus hate in this script. But it has to be ramped up to a fever pitch. No holds barred. We have to make the evil feel like EVIL, and the good feel like GOOD. At the same time, the hero and villain have to seem real. The audience has to experience being in their shoes and pants and underwear. We’re spending three hundred million on this piece of dreck, and it has to work…”

If the movie-studio gods can make half the audience root for the hero and the other half root for the villain, that’s pure gold. If they can provoke serious animosity between viewers, THEY CAN DEGRADE THE WHOLE NATURE OF THE ENTERPRISE and, when we’re talking about politics, that’s exactly what they’re shooting for.

“We can pit people against people and create a stalemate, where very little gets done—except the provocation of conflict. Then we’re home. Everyone sinks lower into a stimulation-response universe. We own that universe. We built it.”

Yes, they did, and they do. Ushering people into it makes it easier to control both sides and ultimately lower an apolitical boom on their heads. Otherwise known as erasing freedom.

“Political policy? Ideals? We don’t have that kind of agenda. The only agenda we have is installing chains around the mind.”

Achieving this goal, in the current American political landscape, only requires a quick inventory of: ratings. Where was the real heat? Where were the real numbers? Why, of course, it was during the campaign leading up to the election. Everybody was tuned in. Therefore, the campaign must never end. We must return to that time. Trump must never be president, and Hillary must never go away. Her shadowy presence and symbolic value—and surrogates—must persist. Thus, the endless challenge to Trump’s legitimacy. He didn’t win. The election was fixed. Perfect. That throws us into the furnace. Again. 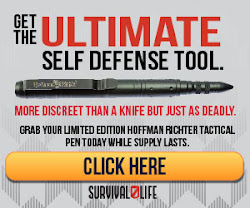 Let us return to those days of yore, when families split apart, when the dire flow of energy and desire and vague impression and eternal attachment were King. That’s where we have to build the flames. That’s the subconscious target.

Issues and scandals are gasoline pumped into the conflagration.

Those people who can see and argue actual evidence will be swallowed up in the noise and the roar.

The movie is called Degradation.

The box office is sensational.

Move past partisan payoffs to understand such a strategy. Even move past divide and conquer. The purpose, intent, and objective is eventual mental, emotional, hormonal, and energetic exhaustion.

The whole movie is a trap. The ending, if it ever comes, creates profound passivity in the mind.

Therefore, stepping outside the theater is an absolute necessity.

It’s the first move toward clarity.