Pegasus Global Holdings (PGH) a Trademark of Mobile Arch Partners (MAP) is working with DHS, the CIA , the Department of Defense (DOD) and the Department of Transportation (DOT) to create total surveillance Smart Cities.

The Center for Innovation Testing and Evaluation, the University of New Mexico (UNM) and numerous high-tech companies are helping design Smart Cities that will spy on everyone.

What this means is, the Feds have designed a mock-up city, specifically designed to perfect their surveillance of citizens.

An article in Albuquerque Business First says, “the program will deepen cooperation between the CIA and UNM…”

This is unbelievable, a CIA “Signature School” is designing Smart Cities.

Just two weeks ago, it was revealed that DHS GE, Intel Corp and AT&T Inc., were installing more than 3,200 cameras and microphones in San Diego, making it the first large-scale use of  Smart City surveillance. You can bet they used the mock-up Smart City in New Mexico before installing them in San Diego.

How did this happen? Two years ago a CIA “Signature School” helped create a large-scale mock-up of a Smart City and now thousands of spying street lights are being installed in San Diego.

Unfortunately my prediction that ShotSpotter and GE were working together to install spying street lights has come true.

A CIA “Signature School” working on Smart Cities, is this some kind of twisted joke?

UNM claims to have 100% job placement programs with the CIA, FBI, DHS and numerous other government agencies. UNM also has numerous Homeland Security courses, and a Google search for the “University of New Mexico and Homeland Security” returned close to a million hits.

Why, is there no mass-media coverage about CIA-run Smart Cities?

DHS is a key component in designing Smart Cities

According to PGH, Homeland Security is a key component to designing Smart Cities…

Homeland Security is a key component of the plan for CITE, which will include a secure testing area for first responder technology with the benefit of proximity to the civil and commercial infrastructure.

According to “The Future of Smart Cities,” DHS is assisting in Smart City development, technologies and their physical infrastructure. DHS’s Science & Technology website says that Smart Cities are a collaborative effort led by the DOT, and supported by the Department of Energy and the National Institute of Standards and Technology. DHS also has a Smart Cities Initiative program.

“Smart Cities” use commercialized military tech to spy on everyone

According to PGH’s website, they’re also a prime-vendor for the U.S. government and a manufacturer of defense equipment and technologies. PGH are also experts in commercializing military tech for the marketplace and the militarizing of global commercial technologies for the DOD and other U.S. government agencies. (Click here to find out how the Department of Defense funds MAP.)

Click here & here to see a detailed list of companies working on Smart Cities. Their common goal is to turn every city into a Smart City.

Corporations don’t care about our privacy, they’re only goal is to earn a piece of the projected $1.56 trillion dollar Smart City market.

Smart Cities are about surveillance drones 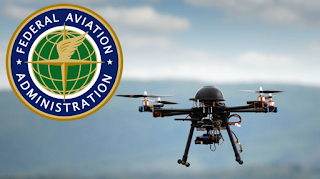 A report by Securing Smart Cities called “Establishing a Safe and Secure Municipal Drone Program” predicts police, firefighters and the DOT will use drones to spy on citizens. The report also warns, that drones will be used for widespread Beyond Line of Sight surveillance. Drone surveillance of citizens is projected to earn corporations $8.7 billion by 2025.

For more information about DOT drone surveillance read my article “DOTs to use drones to spy on motorists.”

Don’t forget the Feds have used DARPA and AQUAINT to spy on citizens for years; would you like to bet they not being used in Smart Cities?

To find out more about Smart City surveillance read my story “Smart Cities are really government spying on an unimaginable scale.”

Smart Cities are about total government control and surveillance, period!

You can read more from MassPrivateI at his website, where this article first appeared.