Despite sensational headlines and opportunistic politicking regarding the threat automation poses to socioeconomic stability, with a fully informed, properly educated population, more opportunities than threats lie ahead of us in the near future.

Automation has since the Industrial Revolution replaced human jobs with machines. As technology advances and automation evolves, the socioeconomic landscape of human civilization has evolved with it.

For instance, the initial Industrial Revolution disrupted centuries of multidisciplinary crafts and trades where a cottage industry consisting of individuals or small groups of people carried out the entire process of production.  As technology merges information with the physical world, processes like 3D design, personal manufacturing, business administration, marketing, and even logistics are beginning to merge again.

So are fears that automation will displace human labor and disrupt socioeconomic stability warranted? Yes and no.

In China, according to MIT Technology Review’s article, “China Is Building a Robot Army of Model Workers,” millions of workers face potential unemployment as factories replace thousands of jobs at a time as automation advances and robotics improve.

The article notes that:

Millions of low-skilled migrant workers found employment in gigantic factories, producing an unimaginable range of products, from socks to servers.

And herein lies the problem: a poorly educated, low-skilled workforce. For low-skilled workers, robots are indisputably a threat. Once they lose their job, finding employment elsewhere becomes a necessity. As these workers continue to move away from companies replacing human labor with automation, competition for remaining jobs suitable for low-skilled workers increases.

The concept of a universal basic income revolves around the idea of offering every individual, regardless of existing welfare benefits or earned income, a non-conditional flat-rate payment, with any income earned above that taxed progressively. The intention is to provide a basic economic platform on which people can build their lives, whether they choose to earn, learn, care or set up a business.

However utopian or empathetic such a concept may seem, it essentially seeks to place millions, if not billions of people under the control of highly centralized special interests, many of which will simultaneously monopolize all means of production. Such a scenario invites immense abuse with a population so hopelessly dependent on these centralized special interests, should abuse take place, little or nothing could keep it in check.

A Look at an Alternative Future

However, real solutions to expanding automation and the jobs it threatens do exist, offering an alternative future.

In addition to expanding automation and advancing robotics, another trend should be noted. As advanced manufacturing improves, the cost of automation decreases while utilizing it becomes more accessible. For a properly informed and educated population, automation then offers an opportunity to take highly centralized industries providing a handful of investors immense profits, and decentralize both the industries themselves and the profits made within them.

Instead of the auto industry replacing all jobs with automation and providing unemployed, poorly educated workers with a universal basic income they will be hopelessly dependent for their lives and their children’s lives, properly educated workforces facing unemployment can simply utilize automation themselves to compete with and take a market share from auto monopolies.

Such a scenario was described in a special report published by USA Today titled, “Automation puts jobs in peril.”

It tells the tale of small companies and even individuals leveraging advanced automation technology to create their own businesses, sidestepping both inevitable unemployment working at larger firms and the servile dependence they would face sustaining themselves on a subsidized universal basic income. However, in order to do this, individuals must acquire the skills necessary to successfully adopt and apply automation.

Maxi Cifarelli, 25, of Baltimore, peers through safety goggles at a flat screen, her left knee bent and heel resting on her chair.

Two years after earning a fine arts degree from Towson University with a specialty in interdisciplinary object design, she now spends her work days working with a personality-free machine with a name to match: a computer numerical control, or CNC, router.

With automation poised to sweep through the economy, some fear that it will kill more jobs than it creates.

But Cifarelli’s experience is the opposite. She befriended automation, instead of fighting it, and she has a job because of it.

The report highlights industries under threat by robotics and artificial intelligence. Restaurant workers, journalists, bookkeepers, shelf-stockers all face unemployment. However, the means of automating these jobs could just as easily be adopted by individuals or small, local companies to make their own automated restaurants, news platforms, accounting firms, or logistical services.

But the same special interests floating the concept of a universal basic income are attempting to head this possibility off at the pass as well.

Quartz in an article titled, “The robot that takes your job should pay taxes, says Bill Gates,” would report that:

Robots are taking human jobs. But Bill Gates believes that governments should tax companies’ use of them, as a way to at least temporarily slow the spread of automation and to fund other types of employment.

The article would also note that the money earned from the taxes would go to retraining unemployed laborers for other jobs, and “jobs” that likely exclude the utilization of automation for entrepreneurial enterprises. And, like all other taxes, immense corporations heavily dependent on automation will inevitably find ways of influencing legislation and regulations to escape paying their fair share, meaning that those small and medium enterprises will be hit hardest. The consequence of this is an even faster acceleration toward highly centralized industry and a population dangerously dependent on subsidized incomes.

Avoiding this dystopian future requires a paradigm shift in current thinking. The employee-employer paradigm is dissolving before our eyes, and what ends up taking its place is entirely up to us. 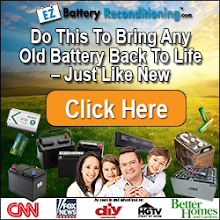 Seeing through utopian talking points, and grasping the true implications of concepts like universal basic income and taxing robots is important in developing policy and paradigms that serve the majority’s best interests rather than the small handful of special interests attempting to move their own agenda forward.

Ultimately, self-interest will drive unfolding events. If special interests are able to efficiently implement the centralization of automation, prevent competition through robotic taxes targeting small and medium businesses, and create a population dependent on these interests through subsidized income schemes, it is likely a dystopia will emerge.

Should these schemes be exposed, their implementation delayed, hampered, or otherwise disrupted, self-interest across populations seeking socioeconomic security may begin shifting away from employee-employer paradigms and toward a future of decentralized, balanced entrepreneurship.

You can read more from Brian Berletic at the site Wishful Thinking, where this article first appeared.