Awarded climate medal by Obama—now he finds enormous fraud and exposes it.

Memo to President Trump and Steve Bannon: Here it is. Set the table, put the napkins in your lap and feast on this revelation.

His name? John Bates. His target? A recent fraudulent study that claimed the uncomfortable “pause” in warming was really no pause at all. That study, pretending warming had never stopped, was timed to help negotiating nations at the Climate Summit in Paris. It was timed to help them enact draconian economic measures to reduce warming.

But, Bates reveals, that study was cooked on several counts. It was such a mess no self-respecting scientist would sign on to it. However, scientists did sign on to it. And a prestigious journal, Science, published it. Apparently, the brains at Science were on vacation. Or they were determined to play ball and assist the Globalist plan to drastically reduce CO2-producing energy production in nations across the globe, thus escalating poverty, in order to “save us” all from frying.

“The Mail on Sunday today reveals astonishing evidence that the organisation that is the world’s leading source of climate data rushed to publish a landmark paper that exaggerated global warming and was timed to influence the historic Paris Agreement on climate change.”

“A high-level whistleblower has told this newspaper that America’s National Oceanic and Atmospheric Administration (NOAA) breached its own rules on scientific integrity when it published the sensational but flawed [fraudulent] report, aimed at making the maximum possible impact on world leaders including Barack Obama and David Cameron at the UN climate conference in Paris in 2015.”

“The [fraudulent] report claimed that the ‘pause’ or ‘slowdown’ in global warming in the period since 1998 – revealed by UN scientists in 2013 – never existed, and that world temperatures had been rising faster than scientists expected. Launched by NOAA with a public relations fanfare, it was splashed across the world’s media, and cited repeatedly by politicians and policy makers.”

“But the whistleblower, Dr John Bates, a top NOAA scientist with an impeccable reputation, has shown The Mail on Sunday irrefutable evidence that the paper was based on misleading, ‘unverified’ data.”

“His vehement objections to the publication of the faulty data were overridden by his NOAA superiors in what he describes as a ‘blatant attempt to intensify the impact’ of what became known as the [fraudulent] Pausebuster paper.”

“His disclosures are likely to stiffen President Trump’s determination to enact his pledges to reverse his predecessor’s ‘green’ policies, and to withdraw from the Paris deal – so triggering an intense political row.”

“In an exclusive interview, Dr Bates accused the lead author of the paper, Thomas Karl, who was until last year director of the NOAA section that produces climate data – the National Centers for Environmental Information (NCEI) – of ‘insisting on decisions and scientific choices that maximised warming and minimised documentation…in an effort to discredit the notion of a global warming pause, rushed so that he could time publication to influence national and international deliberations on climate policy’.”

“Both datasets [used in the fraudulent study] were flawed. This newspaper has learnt that NOAA has now decided that the sea dataset will have to be replaced and substantially revised just 18 months after it was issued, because it used unreliable methods which overstated the speed of warming. The revised data will show both lower temperatures and a slower rate in the recent warming trend.”

“The land temperature dataset used by the study was afflicted by devastating bugs in its software that rendered its findings ‘unstable’.”

“The paper [fraudulent study] relied on a preliminary, ‘alpha’ version of the data which was never approved or verified.”

“None of the data on which the paper was based was properly ‘archived’ – a mandatory requirement meant to ensure that raw data and the software used to process it is accessible to other scientists, so they can verify NOAA results.”

“Dr Bates retired from NOAA at the end of last year after a 40-year career in meteorology and climate science. As recently as 2014, the Obama administration awarded him a special gold medal for his work in setting new, supposedly binding standards ‘to produce and preserve climate data records’.”

“Yet when it came to the paper timed to influence the Paris conference, Dr Bates said, these standards were flagrantly ignored.”

“The [fraudulent] paper was published in June 2015 by the journal Science. Entitled ‘Possible artifacts of data biases in the recent global surface warming hiatus’, the document said the widely reported [warming] ‘pause’ or ‘slowdown’ was a myth.”

“But Dr Bates said this increase in temperatures was achieved by dubious means. Its key error was an upwards ‘adjustment’ of readings from fixed and floating buoys, which are generally reliable, to bring them into line with readings from a much more doubtful source – water taken in by ships. This, Dr Bates explained, has long been known to be questionable: ships are themselves sources of heat, readings will vary from ship to ship, and the depth of water intake will vary according to how heavily a ship is laden – so affecting temperature readings.”

“Dr Bates said: ‘They had good data from buoys. And they threw it out and “corrected” it by using the bad data from ships. You never change good data to agree with bad, but that’s what they did – so as to make it look as if the sea was warmer’.”

“Moreover, the…software [used in the fraudulent study] was afflicted by serious bugs. They caused it to become so ‘unstable’ that every time the raw temperature readings were run through the computer, it gave different results.”

“Dr Bates revealed that the failure to archive and make available fully documented data not only violated NOAA rules, but also those set down by Science. Before he retired last year, he continued to raise the issue internally. Then came the final bombshell. Dr Bates said: ‘I learned that the computer used to process the software had suffered a complete failure’.”

“The reason for the failure is unknown, but it means the [fraudulent] Pausebuster paper can never be replicated or verified by other scientists.”

Get it? Fraud all the way along the line. And a cover-up, to make an examination of the fraud-details impossible.

Can we now, at last, have a few criminal indictments? 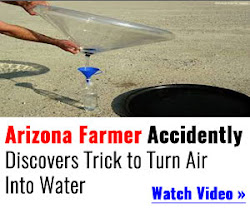 Even a prosecuting attorney fresh out of law school, wet behind the ears, with zero courtroom experience, would be able to secure a proper verdict.

Guilty on all counts.

Guilty of fraud, and aiding and abetting a far-reaching scheme to reduce energy production in America (and other nations), on the premise that warming is rising and must be stopped.

“Ladies and gentlemen of the jury, imagine this. The powers-that-be want to cut the production of energy in this country. Anyone can see the result of such a plan. We all become strapped. We all become poorer. But we’re told this is necessary to save us from the destruction of life on Earth. We’re told we have to go along with the plan, because producing energy releases carbon dioxide, which in turn keeps raising the temperature of the planet. Recently, a key scientific study was published, and this study bolsters the whole idea that global warming is on the rise. But a key expert insider will show that this study was false and a fraud and a lie, and the people who wrote it are guilty of deceiving you and me and everyone. Find these people guilty, once and for all, and send them to prison, where they belong…”

Are you ready, Mr. Trump? Send out the hounds from the Department of Justice and put these liars under arrest.

And let’s see their trial in open court, every minute of it, on camera, on television, online.

At long last, put official science and its enablers in the dock.