OK, OK, not Blackwater. That’s the mercenary force of convicted war criminals founded by Erik Prince that will never outrun its infamy no matter how many times it changes its name.

No, no, no! Not Blackwater! It’s Frontier Services Group—an entirely different mercenary group chaired by Erik Prince—that is heading to China! And they’re not there to sell mercenary services! Absolutely not. They’re merely opening some “forward operating bases” to help the Chinese train “ex-” PLA soldiers how to be mercenaries! It’s entirely different!

Now that we have that clear, some context: Erik Prince is the notorious mercenary who believes he’s the modern-day descendant of “Wild Bill” Donovan. (Prince even named his youngest son, Charles Donovan Prince, after Bill.) Prince’s budding career as a contract killer went down in flames in 2009 after it was revealed that Blackwater was a front for a secret CIA assassination program. He later admitted that Blackwater “became a virtual extension of the CIA” and took orders directly from the agency, but by that point the news spotlight had shifted elsewhere. 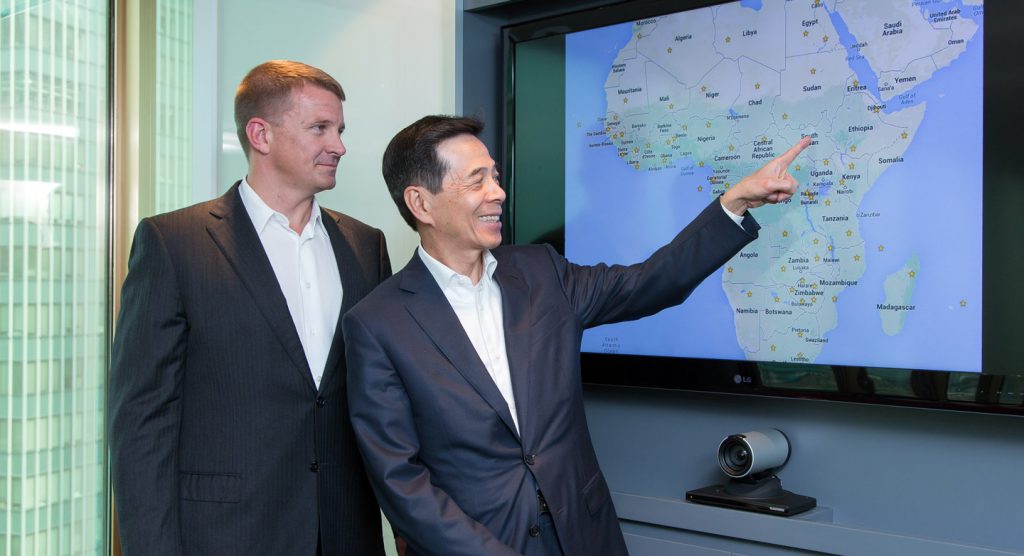 As I reported last year, however, that was certainly not the end of Prince or his machinations. He reappeared on the news radar in 2016 after it was revealed he was once again under federal investigation, this time for allegedly attempting to broker mercenary services to foreign governments and launder money for Libyan officials through a Chinese bank.

Things only got stranger when Prince hopped on board the Trump train with $150,000 in donations to Trump’s PAC, becoming a regular guest on Stephen Bannon’s Breitbart radio program where he advocated reviving the Phoenix Program, the US government’s death/torture squad campaign which it tested out in Vietnam and has become the blueprint for operations around the world (and in the US itself through the Department of Homeland Security). In return, Trump appointed Prince’s sister as the new Secretary of Education and took Prince himself on as an unacknowledged advisor.

And if all that wasn’t enough, here comes the latest news: Erik Prince’s new company is “setting up a private army for China.”

Here’s what we know:

Erik Prince is now chairman of Frontier Services Group, a publicly listed company on the Hong Kong Stock Exchange that bills itself as a “security and logistics services” provider.

Late last year Frontier Services Group put out a press release in which they boasted of their new corporate strategy: Cashing in on the Chinese government’s trillion dollar “New Silk Road” gamble.

Multiple sources inside the company are now blowing the whistle on the proposal, however, alleging that Prince has “been working very, very hard to get China to buy into a new Blackwater” and is “hell bent on reclaiming his position as the world’s preeminent private military provider.”

FSG has denied the “new Blackwater” allegations, stating that “FSG’s services do not involve armed personnel or training armed personnel” and adding that the new bases would only be used to “help non-military personnel provide close protection security, without the use of arms,” but this is the same company that denied the 2016 reports that Prince was courting the Chinese government for “security services” in the first place. According to the new report:

When Frontier later told its board it was shifting into security services — largely to assist China’s international development policy — the development disgusted two American executives at Prince’s Hong Kong company.

Gregg Smith, the former CEO of Frontier, said he was ready to quit last March if Erik Prince was not removed from the company. Then, at a board meeting late that month, he said a company official made clear that Frontier would be providing security services in support of Chinese government objectives.

The report reveals that Retired US Admiral William Fallon resigned along with Smith after the new strategy was revealed to the board: “That wasn’t what I signed up for.”

Regardless of what FSG’s board thought they were signing up for, it’s hardly surprising that a company chaired by Erik “We Need A New Phoenix Program” “CIA Contractor” “Trump Advisor” Prince is pushing to start a military contracting relationship with a major foreign power. Of course, it is actually against the law for any US company to provide “defense articles or defense services” to China, but since when have mere laws stopped an Erik Prince company from doing what it wants overseas? Besides, that’s why the “forward operating base” idea has been given the fig-leaf of providing services to companies in “surrounding countries” when the bases themselves are in China. And this is why the company will be contracting with sheepdipped ex-PLA goons rather than the Chinese military itself. 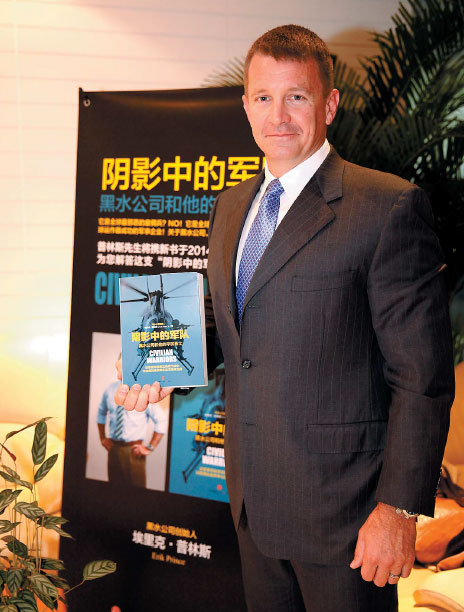 But wait…I thought Oceania was supposed to be at war with Eastasia? Why would a Trump advisor be aiding the main “enemy” of the incoming Trump administration? It’s almost like the whole conflict is a set up that’s being puppeteered by powerful forces behind the scenes as part of Cold War 2.0 to keep the masses in a constant state of fear of the new (secretly supported) Boogeyman. But that couldn’t be the case, could it?

Oh, that’s right: The largest shareholder in Frontier Services Group is CITIC. And for those who already know about China and the New World Order the circle is complete.

Better get used to the sight of Erik Prince and familiarize yourself with Frontier Services Group. Sadly, you’re going to be seeing a lot more of both over the next 4–8 years.

You can read more from James Corbett at The Corbett Report, where this article first appeared.

2 Comments on "Blackwater Heads to China"