Police in the United States arrest more people for the nonviolent, utterly harmless non-crime of cannabis possession than for murder, rape, armed robbery — in fact, all violent crime — combined.

A new study by the American Civil Liberties Union and Human Rights Watch exposes the absurdities of the war on drugs — like the fact on any given day, 137,000 people are stuck in a cage because they happened to possess a substance the government has deemed illegal — and a majority of them are stuck in jails awaiting a court date because they can’t afford to post bail.

“It’s been 45 years since the war on drugs was declared, and it hasn’t been a success,” Tess Borden, Human Rights Watch lead author, said in an interview, as quoted by the Washington Post. “Rates of drug use are not down. Drug dependency has not stopped. Every 25 seconds, we’re arresting someone for drug use.”

Police work largely centers around drug possession, as well, with constant and increasingly militarized raids on otherwise innocent people’s homes — but don’t mistake those guilty of having or using illicit substances for criminals — these generally law-abiding souls are victims of arbitrary legality, a condition not equatable to morality.

“Each day,” the report summary states, “tens of thousands more are convicted, cycle through jails and prisons, and spend extended periods on probation and parole, often burdened with crippling debt from court-imposed fines and fees. Their criminal records lock them out of jobs, housing, education, welfare assistance, voting, and much more, and subject them to discrimination and stigma. The cost to them and to their families and communities, as well as to the taxpayer, is devastating.”

Notably, the U.S. government’s drug war was initiated as a way to criminalize conditions impossible to deem illegal — anti-war leftists and African Americans.

You want to know what this was really all about? The Nixon campaign in 1968, and the Nixon White House after that, had two enemies: the antiwar left and black people. You understand what I’m saying? We knew we couldn’t make it illegal to be either against the war or black, but by getting the public to associate the hippies with marijuana and blacks with heroin, and then criminalizing both heavily, we could disrupt those communities. We could arrest their leaders, raid their homes, break up their meetings, and vilify them night after night on the evening news. Did we know we were lying about the drugs? Of course we did.

Given this latest study, that Big, Fat Marijuana Lie has had enormously tragic consequences — and not, of course, limited to the original groups it targeted.

While governments have a legitimate interest in preventing problematic drug use, the criminal law is not the solution,” the study authors note. “Criminalizing drug use simply has not worked as a matter of practice. Rates of drug use fluctuate, but they have not declined significantly since the ‘war on drugs’ was declared more than four decades ago. The criminalization of drug use and possession is also inherently problematic because it represents a restriction on individual rights that is neither necessary nor proportionate to the goals it seeks to accomplish. It punishes an activity that does not directly harm others.

Indeed, criminalizing vice has never worked to reduce drug use. In fact, strict laws surrounding cannabis and other drugs only line the pockets of drug cartels, who corner the black market which inevitably results — and contrarily feeds abuse and addiction while stigmatization leaves those in need of help little option to come forward to request it.

“Rather than promoting health, criminalization can create new barriers to health for those who use drugs,” notes the report. “Criminalization drives drug use underground; it discourages access to emergency medicine, overdose prevention services, and risk-reducing practices such as syringe exchanges.”

As the study notes, decriminalization of possession of small quantities of marijuana, though certainly laudable, still leaves possession of other substances highly illegal and thus punishable by lengthy sentences and resultant criminal records — despite the altogether nonviolent nature of such ‘crimes.’ The report continues:

To combat overpopulated prisons and jails, backlogged courts, and oft-violent police tactics used to enforce drug laws, the report authors call for decriminalization of possession of all drugs and personal use — calling to mind the largely effective program Portugal has now had in place for over a decade. 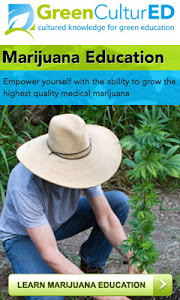 “As we argue in this report, laws criminalizing drug use are inconsistent with respect for human autonomy and the right to privacy and contravene the human rights principle of proportionality in punishment. In practice, criminalizing drug use also violates the right to health of those who use drugs. The harms experienced by people who use drugs, and by their families and broader communities, as a result of the enforcement of these laws may constitute additional, separate human rights violations,” the authors state.

In conclusion, the study finds the criminalization of drug use and possession a massive problem in itself — and wholly disproportional compared to addiction and dependence. Tax dollars wasted in this manner could be better put to use helping those who need it rather than locking them in cages and ruining their lives with needless criminal records. All told, the report implores,

“It is time for the US to rethink its approach to drug use.”