Across the United States, police departments receive data pertaining to possible local shootings from a company known as ShotSpotter.

The technology, which according to the company is used in “more than 90 cities across the country,” functions as a high-tech surveillance system. In order for a gunshot to be heard and registered, ShotSpotter uses a network of microphones fitted on street lamps, rooftops, and other elevated spots across crime-ridden areas.

ShotSpotter employees are on duty 24/7 in an office in San Francisco, monitoring the data collected by the several sensors spread across the country. According to the company’s Ralph A. Clark, “trained acoustic experts make the final determination” on whether the sound they are capturing is coming from a gunshot — and whether the police should be involved.

With the help of the GPS systems installed in the sensor chips — which may add up to “25 sensors per square mile in certain locations,” according to Clark — ShotSpotter employees are able to detect information on the “precise location and precise time” where the “boom or bang” took place, as well as any sound it captures. The info is then sent “back to the software in the cloud.”

It’s up to the employee who receives the data to determine whether the captured bang or boom will lead to an alert that shows up in a 911 call dispatch center. According to ShotSpotter, this entire process takes up to 45 seconds.

Considering law enforcement agencies like the New York Police Department argue that “on average, 75% of shots fired are never called into 911,” many consider ShotSpotter a good investment. But as cities across the country gear up to expand their ShotSpotter networks — an upgrade that often costs millions in taxpayer dollars — the Center for Investigative Reporting claims that in places like San Francisco, the system is not producing the expected results.

Out of more than 3,000 ShotSpotter alerts over the period of two and a half years, the city has reported only two led to arrests.

To CRI reporter Matt Drange, his investigation into the thousands of alerts across the country reveals a clear pattern: “[L]ots of calls, few tangible results.”

In Miami, Florida, ShotSpotter was so incredibly ineffective that in 2014, the Miami-Dade County Police “abandoned using ShotSpotter.” At the time, the MDPD told the press that “success in directly leading to the apprehension of individuals involved in shooting incidents [was] minimal,” sending cops to the locations of 1,000 suspected shootings in 2012 alone; only 50 of these cases were real shots. By November of 2013, the local police had abandoned the surveillance technology.

Nevertheless, in September of 2016, the Miami-Dade commissioners voted 12-0 to dedicate over $5 million of taxpayer dollars to ShotSpotter. Over the first five years, Miami taxpayers will foot a $2.6 million bill to keep the program running, adding “$3 million more in the next five” years.

Despite the efforts of several local reporters, the local police were never able to produce any responses as to why they are now using the technology despite having put an end to ShotSpotter use in the city years ago.

Regardless, Miami law enforcement added last month that the implementation of the audio surveillance system is part of a broader effort that includes the installation of more cameras and license plate readers.

As reported by the Miami New Times, the audio surveillance technology is part of an extensive list of “questionable police-spending proposals” that have been embraced by local authorities recently. Due to ShotSpotter’s notorious inefficacy, the publication felt compelled to add that the MDPD should “think twice about the buy.”

From Shot Tracing to Eavesdropping

According to Fusion, the shot tracking system may be useful to spot some gunshots, but in many cities across the country, they may also be useful to record conversations.

In 2007, an East Oakland death helped the world learn that ShotSpotter was also able to pick up exchanges between individuals.

“As Tyrone Lyles lay dying from a gunshot wound on an East Oakland street,” Fusion wrote in 2015, “he let out a few last words that would ultimately help authorities convict his killer.” Those words, which were accepted as evidence in court, “[were] recorded by ShotSpotter.”

According to Jay Stanley, a senior policy analyst at the American Civil Liberties Union (ACLU), the “secondary uses of technology that is sold to us for some unobjectionable purpose” always concern the organization because they are often “used for other purposes.” If the technology is still in place and its sensors are collecting audio recordings of private conversations, Stanley added, “it needs to be shut down.”

Despite claiming its technology is “the most effective security solution on the market,” ShotSpotter adds that its sensors “do not have the ability to overhear normal speech or conversations on public streets,” adding that only “loud explosive noise[s]” will trigger the sensors. 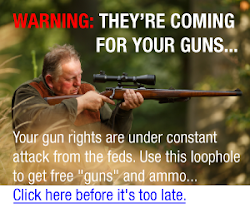 But as Fusion notes, the company’s “microphones have a history of not being as precise as the company claims.” Additionally, court cases using conversations intercepted by the technology show that conversations can, indeed, be recorded, making the company’s claim to put privacy first seem like a failed attempt at giving the public a false sense of confidence in a service designed for law enforcement use.

Could the system’s lack of precision trigger the sensor even without a loud bang, prompting the recording of private conversations? And, if so, could the company be holding on to this data in order to provide it to law enforcement upon request?

If this surveillance system has “the potential to be a privacy nightmare,” then it’s easy to see why Miami officers, as well as other law enforcement agencies across the country, are happy to see the program expand.

This article (This Costly Gunshot Surveillance System Used by Police Is A “Privacy Nightmare”) is free and open source. You have permission to republish this article under a Creative Commons license with attribution to Alice Salles and theAntiMedia.org. Anti-Media Radio airs weeknights at 11 pm Eastern/8 pm Pacific. If you spot a typo, please email the error and name of the article to edits@theantimedia.org.