The Drug Enforcement Agency has long targeted Americans with the most non-sensical and ridiculous type of propaganda in order to convince them that the agency itself is actually useful and not the scourge of a civilized nation that it truly is. After all, if you are going to continue to launch a full-on military operation and establish a police state against adults who choose to consume specific plants, throwing otherwise peaceful people into cages, ruining their lives, and even killing them in the process, you need some rather extreme and immediate reason to continue to exist.

For this reason, the DEA – in addition to fleets of aircraft, military uniforms, machine guns, and other forms of war gear – has been funded liberally for over forty years for the purpose of waging war against the same taxpayers who are forced to fund it. But in addition to the hardware, the DEA is also tasked with convincing Americans the drug war is just and that it must be won, much less waged. Indeed, the DEA needs to justify its robbing, pillaging, and killing of American citizens to the same American citizens who the DEA will rob, pillage, and kill.

As a result, we see the most ridiculous types of propaganda – from deformed boneless teenagers (caused by marijuana) to zombies (caused by marijuana) and even the drunken businessman who inadvertently funds al-Qaeda by buying weed at a swanky nightclub, we are constantly reminded that a world in which adults can freely choose what they put into their own bodies is merely a step in the direction to a world of crack-smoking toddlers, elementary schools full of heroin addicts, and puppies tripping on acid. We get it. If we don’t have a paramilitary police force doing everything we were told only anti-American tyrants do overseas, the world will come to a fiery end.

Another question is why the DEA even exists to begin with? While the debate over whether some drugs, substances, and plants are helpful, harmful, addictive, etc. can certainly be made, the question of whether or not an adult has the right to consume those substances or plants should never be up for debate.

Nevertheless, since its official creation in 1972 to 2014, the DEA has sucked up over $50 billion dollars in taxpayer money. The estimated budget of the DEA hovers around $3 billion a year. And that is merely for one small portion of the overarching war (not counting the resources of Federal, State, and local law enforcement agencies devoted to locking up nonviolent plant and substance possessors) as well as the staggering costs of incarcerating these people – a rough estimate of $51 billion per year. Over a decade, this money used to incarcerate human beings for “crimes” that harm no one except, arguably, themselves balloons to over $500 billion. To put that in context, the LA Times reports that the cost of ending worldwide hunger would be $300 billion. In other words, if the U.S. alone would merely end its persecution of plants and non-violent people for ten years, it could end world hunger while still keeping all other programs and spending plans in place.

That America could end world hunger but chooses instead to stick to a punitive system of locking up non-violent human beings into cages is a stunning condemnation of the priorities of the allegedly “freest country in the world.”

The United States now has the largest population of incarcerated people in the entire world. Perhaps that is why we are constantly reminded by our media and government that the U.S. is the “freest country in the world.” But how free are you if you have to be reminded of your freedom every hour lest you should forget it? Constant repetition of ones superiority is not a hallmark of freedom, it is a hallmark of slavery and totalitarianism. 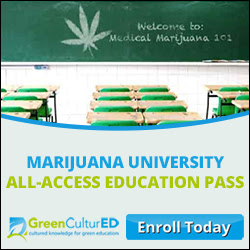 From year to year, American political debates center around spending and spending cuts. While law enforcement and overseas wars never receive cuts in funding, Social Security, Medicare, Medicaid, SNAP benefits, and veterans’ services are routinely reduced. If there was ever a case for abolishing a useless and counter-productive government agency, the DEA has certainly made one for itself.

If America ever wants to move forward as a nation, it must abandon this incredibly corrupt, violent, and counterproductive war on drugs. The DEA must be abolished. The Prison Industrial Complex must be broken. Americans can no longer afford to waste their money, their society, and their lives for the benefit of the private prison industry, Big Pharma, Big Industry, and Wall Street.

Photo source, modified including ThorPorre (Own work) [CC BY 3.0], via Wikimedia Commons, via NB

This article (It’s Time To Abolish The DEA) can be republished under a Creative Commons license with attribution to Brandon Turbeville, source and Natural Blaze.com.

11 Comments on "It’s Time To Abolish The DEA"