With the National Football League (NFL) season now officially begun and with opening day Sunday taking place today September 11th all over America, the NFL and all of its sports media pundits are jumping on this opportunity to sell the 9/11 official story, especially the emotional memory attached to the event. All around the league teams and players are doing notable things to sell the official story to the young generation. Sadly, or should I say deceptively, all of these events are designed to draw attention away from the quest for identifying the real perpetrators who did 9/11 and they are designed to draw attention from any critical questions that shine the spotlight on 15 years of deception and lies from our (U.S.) government like:

This list could go on seemingly forever as the unsolved issues with 9/11 go on and on. Humanity is crying for justice once and for all but unfortunately that justice seems nowhere in sight. As I discussed some time back one of the reasons for this is that the Pentagon is regularly pouring money into the sports leagues to promote the US military and patriotism, whether it’s college sports or the pro leagues like Major League Baseball (MLB), the NBA or NFL.

And so on this anniversary of 9/11 the very Pentagon squarely at the center of the attack on their own building on 9/11 and the same DOD deeply connected to the orchestration of the Operation Northwoods-style 9/11 seems to be pouring out the money again as players and teams around the NFL are doing all kinds of little things to commemorate 9/11 but in a way that not only does not demand answers but instead ONLY focuses of “paying tribute to the heroes.” The much more important notion of actually solving 9/11, asking any tough questions, demanding real answers or even paying attention to the unanswered questions of the family members of those who lost loved ones is not even mentioned. In fact, in some cases the entire event is one big fun opportunity to market items.

On Sunday, he and fellow receiver Victor Cruz will be wearing meaningful pairs as the Giants play on the anniversary of 9/11:

“It’s a special cleat for a couple reasons. I mean opening day is on 9/11. And Odell wanted to pay tribute to the heroes of 9/11, and not toward the tragedy aspect, with the falling building and the heroes all around kind of helping and saving people. That is why it’s kind of special and going to be pretty cool.”

But the hypocrisy and in-your-face psyop doesn’t end there. Barack Obama and 9/11 co-conspirator George Bush himself will chime in at a league level in psyop ceremonies that will involve every NFL team. All in the name of diverting everyone’s attention to worshiping the very “heroes” who Bush and his administration murdered on that day when they blew up the WTC towers. And for good measure they’re even throwing in a little typical American sports US military worship!

Before each of the 13 games, video messages from President Barack Obama and his predecessor, George W. Bush, will be shown. Each club will have special guests on the field, including first responders, community volunteers, hometown heroes and military members, for pregame activities and the playing of the national anthem.

Vice President Joe Biden will join 120 first responders in holding the American flag during the anthem at Philadelphia. Bush will toss the coin in Dallas, accompanied on the field by Laura Bush and two NYPD officers who responded to the attacks.

All coaching staffs will be given 9/11 lapel pins, and a special 9/11 decal will be placed on players’ helmets.

The salutes will be synchronized during afternoon games Sunday.

As if the propaganda flying all over the place in the NFL this weekend is not enough, just to rub it in even further, they are also doing damage control with the Colin Kaepernick recent backfiring. Since the recent failure the mainstream media propaganda machine sustained when a two-week campaign to demonize San Francisco 49ers quarterback Colin Kaepernick for not standing up during the playing of the National Anthem actually backfired, we now see them going into damage control this weekend putting out stories about how Shaquille O’Neal is now saying “I would never do that.”

“To each his own,” Shaq said. “I don’t really have a say on it, but I would never do that. My father was a military man, and you know, he protected this country. Uncles are in law enforcement, you know, they go out and work hard every day.”

For anyone not familiar with the story, for about two weeks now the media has been attacking Kaepernick after he took a stand against the violent police state by not standing up during the playing of the National Anthem. Kaepernick has since been attacked every single day by the media, the local police union, and the media even reported how some fans were “burning” his jersey. Hoping the propaganda would catch on further the media recently suffered a major setback when it was reported that Kaepernick’s jersey is suddenly the top selling jersey in the league and other players in the league decided they would join his protest of the National Anthem. Obviously this is not what the mainstream media had planned, so on this propaganda weekend this is why they are throwing in this damage control story about Shaquille O’Neal making these comments disagreeing with Kaepernick, a story which is completely unrelated to 9/11 but it reaffirms the “patriotism” the league is selling to its fans as a smokescreen to the 9//11 crimes and to reiterate the 9/11 official story.

Unfortunately this is the degree to which the Pentagon is pouring money into these sports leagues. The Pentagon needs to keep the young men (especially) and women brainwashed about 9/11 lest they actually wake up and realize the Pentagon was at the center of perpetrating the event and they need to keep up the military worship to keep recruitment going.

Americans are by far and without question the most brainwashed human beings on planet earth as they worship the very terrorists who have murdered and funded the murder of millions of innocent people around the globe with their military occupations and regime change strategies all for the purposes of their global domination plans and the coming global order.

Sports, as proven this weekend, is once again the cornerstone of this mass brainwashing as sports zombies root for their favorite team (symbolically) alongside the very terrorists who murder, rape, and torture the innocent in the name of American might.

Let’s remember that often THE greatest victims are the very US military people in uniform being worshiped. As most of them will eventually find out once they get out of the military, veterans are later treated like criminals and terrorists. Many “war” related veterans will be diagnosed with mental disorders and tagged as unfit to own a gun. No country turns their back on their own veterans like the US. 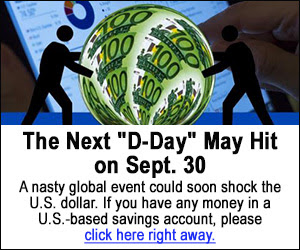 This is a sad story to watch but it is up to us to keep the flames of truth and the torch of freedom and free speech burning by exposing this mass hypocrisy and propaganda staged by the Pentagon, the mainstream and the powers that be in these sports leagues.

It’s been 15 years of lies and millions have died because of 9/11 not just the “heroes” the Bush administration blew up in the WTC towers and their own employees they blew up with their cruise missile into at the Pentagon. It’s also the millions of people terrorized by their “moderate rebels/al-Nusra/ISIS/Muslim brotherhood, etc.” proxy armies that regularly switch their names, have overlapping allegiance and are funded, trained, armed and supplied by the US.

The whole thing is an ugly story that wont end until we find a way to stop the US military-Pentagon war machine and the intelligence-mainstream media psyop machine. Until we can accomplish this the most effective thing we can do is keep sharing the truth with others so that others can see what is truly happening for themselves.