“I believe that banking institutions are more dangerous to our liberties than standing armies. If the American people ever allow private banks to control the issue of their currency, first by inflation, then by deflation, the banks and corporations that will grow up around(these banks) will deprive the people of all property until their children wake up homeless on the continent their fathers conquered.” — Thomas Jefferson during the congressional debate to renew the United States National Bank Charter – 1809

“There are thousand hacking at the branches of evil, to one who is striking at the root.” Henry David Thoreau – Walden, or A Walk in the Woods – 1854

During the week of June 26-July 2, 2016, it was announced that both corporate mainstream and allegedly independent media in both Seattle, Washington State and San Francisco, California would on June 29 launch a media blitz of “investigative reports” on homelessness in their two respective cities. Here is a brief aggregated summary and analysis of the two week’s end compilations of these “investigative reports” and their larger implications, in the weblinks provided below:

There were also a fair number of these articles at least mentioning possible second-tier solutions, such as housing first, day centers, more shelters/treatment centers/affordable healthcare clinics and affordable housing, more jobs, as well as increasing the minimum wage. There were also many tear-evocative first-person accounts of what it was like to be homeless, as well as faux-populist reporter-on-the-streets articles concerning same. It was most significant, that, despite the professed solidarity with the homeless population that these media blitzes would imply, almost none of these reports were written by the greatest living practical experts on this issue — homeless people themselves.

Nothing in any of these “investigative reports” examined the actual root causes of homelessness. In fact, there have been virtually no real investigative reports connecting all of the dots on the real root causes of homelessness in any of the corporate-controlled media – either mainstream or allegedly independent – for over thirty-five years, when the insidious tsunami of homelessness in America began in the early 1980s with the draconian policies of the Republican Reagan administration, and continued by whatever dumbed-down dialectic of the Demopublican duopoly has been in power ever since.

So to end this long media blackout on the actual root causes of homelessness, here is a concise bullet point listing of these root causes, with evidentiary weblinks, on the outside chance that readers and members of the corporate-controlled media – both mainstream and alternative – might possibly be interested in doing their own research concerning, exposure of, and taking effective localized action on this urgent multifaceted systemic issue:

1. All levels of corporate government and media in America – from local to federal – are complicit in the systemic foreclosure fraud being perpetrated on we the people by the criminal globalist banking cartel through the private, for-profit Federal Reserve system. This systemic foreclosure fraud is the largest cause of increasing homelessness in formerly middle class families and individuals.

The local governments, courts and media of Seattle/King County, Washington State and Portland/Multnomah County, Oregon, for example, are complicit with the criminal banking cartel in enabling foreclosure fraud in these two major municipalities of the US Pacific Northwest by refusing to indict/report on systemic foreclosure fraud by the banking cartel; the US government is guilty of similar crimes on a larger scale. Notice that these evidentiary weblinks are from authentic independent media online; none of the local corporate-controlled media – mainstream or allegedly independent – bothered to cover these news stories actually dealing with one of the main root causes of homelessness in America:

Whistleblower Tran vs. Wells Fargo Bank: US “Department of Justice” Declines to Intervene-Banks to Continue Foreclosure Fraud with Impunity
http://www.zerohedge.com/news/2016-06-11/unsealed-tran-vs-wells-fargo-doj-declines-intervene-banks-continue-foreclose-impunit

2. All levels of corporate government in America — from local to federal — are complicit in enabling systemic gentrification by absentee foreign investors/private equity firms and mutual/pension funds, with consequent mass displacement of we the people. This is because these corporate governments do not at any level credibly investigate massive money-laundering by the globalist banking cartel, and its associated legal and real estate industries, of funds obtained from drug/weapons/human trafficking, as well as theft, extortion and fraud. These sanitized, ill-gotten gains are invested in new and existing high-end commercial/residential real estate and construction, driving up home and rental prices, gentrifying neighborhoods and displacing much of the local population, destroying the lives of many to fill the coffers of the few.

Seattle now has over 600 high-end construction sites of this type of development taking over the city; the numbers are likely similar in San Francisco, and Vancouver British Columbia, that has virtual shacks now selling for millions of dollars to absentee foreign and corporate investors, pricing longtime local residents out of living their own city.

4. All levels of corporate government in America are complicit in taking the major portion of the revenues provided to them by we the people – 66% – and quietly placing our money in corporate Wall Street investments benefiting only the 1% that these private, for-profit government corporations controlled by the globalist banking cartel through the private, for-profit Federal Reserve system actually serve.

Government entities then claim yearly “budget deficits” and each year cut more of the social services made necessary by their enablement of the above-mentioned systemic corporate crimes against we the people, and their legislated stealing of our monies.

Huffington Post – The Mysterious CAFRs: How Stagnant Pools of Government Money Could Help Save the Economy – Ellen Brown – 2011
http://www.huffingtonpost.com/ellen-brown/the-mysterious-cafrs-how_b_585011.html

5. We have been thus deterred from insisting that the following effective, replicable actions be taken to end the crisis of homelessness in our nation: 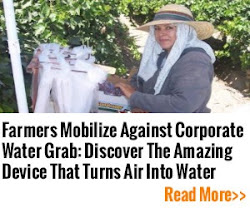 Government agencies investigating, prosecuting and convicting those corporate government and commercial corporate officials responsible for the aforementioned systemic crimes against the American people; the policy of housing first, that has already ended at least 90% of all homelessness in Utah and several cities in the province of Alberta, Canada, among all virtually veterans in the State of Virginia, and among considerable portions of the homeless population in Seattle and other cities; community land trusts, that can be used to keep whole portions of cities affordable for most; use of eminent domain and block purchases of mortgages, that, when rightly used by municipal governments, as in New York City and Richmond, California, can maintain affordable housing by public local government land banks of vacant buildings or fraudulently foreclosed homes for the public good of providing shelter for those who have been so wrongfully denied it, as well as the creation of municipal public banks providing funding for many such innovative public initiatives.

6. Finally, we the American people are complicit in helping cause the present crisis of homelessness in this country. We in our willful complacency have become alienated from the spiritual home that eternally abides within the sanctuary of our hearts. We throughout our history collectively have denied the truth or hearts would teach, and so we largely abide as ignorant slaves living just outside the long-promised land of freedom, no matter what the opulence of our physical shelter or our material wealth and power as individuals, and as a nation, might presently be.

For we have given over our power to those unworthy of safeguarding the public good, and have all but superficially refused to acknowledge, much less work to change, the decadent human – more accurately, inhuman systems – that presently cause the suffering of our homeless brothers and sisters in America and worldwide, that will cause our own suffering in the near future, if such suffering has not already begun. And unless we the American people declare our independence from our own past indifference to this human suffering and its dark systemic causes, truth also will remain homeless among we the people of the United States, now disowned from our sovereign heritage in this, the land of the fee and home of the slave.

Democracy Now! – What to the Slave Is the Fourth of July? Speech by 19th Century American Black Leader Frederick Douglas – 1852
http://www.democracynow.org/2016/7/4/what_to_the_slave_is_4th?

4 Comments on "San Francisco/Seattle Media Blitzes on Homelessness: Truth is Also Homeless in the Land of the Fee, Home of the Slave"