Is it about science or money?

US health agencies want more than the $600 million they’ve allotted to the “war against Zika.” They want $1.9 billion. Why not? They always want more money.

To make their case, the CDC has pushed out a new Zika study in the New England Journal of Medicine (NEJM): “Zika Virus and Birth Defects — Reviewing the Evidence for Causality”. (For the CDC’s conference call with the android press, click here).

Before commenting on that study, let’s recall a devastating statement the NEJM’s former editor, Marcia Angell, issued in 2009, after she had headed up that non-science machine for 20 years:

It is simply no longer possible to believe much of the clinical research that is published, or to rely on the judgment of trusted physicians or authoritative medical guidelines. I take no pleasure in this conclusion, which I reached slowly and reluctantly over my two decades as an editor of The New England Journal of Medicine.

As criticisms of fake science go, this one, from an elite insider, ranks near the top of the list. It is a direct accusation of widespread fraud. Otherwise known as lying, cheating, massaging data, hiding data, and so on.

In other words, the NEJM has been publishing studies and reports that, regardless of their convincing language, are “cooked” to appear true when they most definitely weren’t.

Therefore, right up front, a new Zika study published in the NEJM is highly suspect, to say the very least. There is no reason to accept its data, methods, or findings. Except perhaps as an article of religious faith. But medical journals aren’t supposed to be religious publications, the last time I looked.

The new NEJM study on Zika aims to eliminate doubt that the Zika virus causes microcephaly.

Until now, that doubt was widespread. Even the World Health Organization was making careful statements: “…although no definite causal link has been established between Zika and microcephaly (babies born with smaller heads and brain damage), we believe there is a connection…” That sort of thing.

The new NEJM study is supposed to erase, once and for all, that “maybe.”

But it doesn’t. It’s not even close. Because when you wade through the rather dense language, what you see is an attempt to show a correlation between the presence of the Zika virus and the occurrence of the birth defect.

Correlation is not causation. And that’s just the beginning of the problem.

Even on the basis of correlation, nowhere in the study do we see anything approaching a high degree of association. You would expect to find evidence that in, say, 80 or 90 percent of cases, the Zika virus was found in babies who developed the defect. That evidence isn’t there. Well, how about a 90-percent correlation between microcephaly in the baby and Zika found in the mother? Not there, either. Again, not even close.

Then there is the issue, rarely if ever touched on in studies these days, of “how much Zika was found.” Why is that important? Because, in order to begin asserting that a virus causes a condition, you need to discover a very high volume of it in a person. A small amount causes nothing.

So the study is a dud.

It claims that there is a very weak correlation between Zika and microcephaly. That’s it. That’s all.

Nor does the study consider the obvious fact that a condition can have several or even many causes. And what could be causing birth defects in Brazil may not be causing it in the US or Guatemala.

As I’ve clearly established in prior articles on Zika, only a fool or an outright liar would fail to notice the toxic pesticide drenching that takes place in Brazil, the number-one country for pesticide-use in the world. Some of those chemicals are banned in other countries, because they’re too poisonous.

Therefore, in Brazil, a virus that has never been proved to cause microcephaly can function as a cover story. Zika protects, and diverts attention away from, pesticide manufacturers and agri-corporate giants who spray, spray, spray.

And what about medical drugs ingested by pregnant mothers? Again, no recent studies on microcephaly investigate this “protected area.” Given that these medicines kill 106,000 people in the US every year, and maim at least hundreds of thousands more, any rational researcher would be highly motivated to look for a causal connection to microcephaly.

Want another correlation? Try severe malnutrition in the pregnant mother. It’s the number-one cause of immune-system collapse on the planet. Immune-system failure opens the door to many raging infections in the mother and fetus. But no, malnutrition isn’t “medical.” How can you develop a vaccine or a drug to treat it? No money in it.

There is, of course, money in research, and as I said at the top, US health agencies are trying to get more of it from Congress.

The Zika virus was discovered in 1947-8. Since then, it has never been known to cause more than mild transient illness. Suddenly, it’s being blamed for severe and tragic birth defects. On what basis? On no basis.

Who knows how long the virus has been on the planet? 5,000 years? 100,000 years? It’s had ample opportunity to spread across the world and around the world many times. The notion that, now, suddenly, it’s traveling, is absurd. It’s already there. And here. And everywhere. It has been here and there and everywhere for a long time.

However, a fiction of “unchecked spread” works, if you’re trying to Invent the concept of a highly dangerous virus that is popping up unexpectedly and making pregnant women give birth to babies with brain damage. 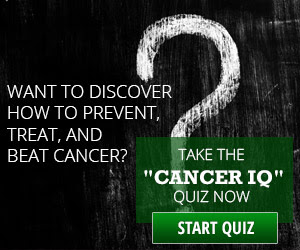 And the people who sell it control the whole operation.

What about actual science? They’ve never heard of it and don’t care about it.

If you persist in believing they do care about it, you’re doing religion, and you’re in the wrong pew.

Meanwhile, the multiple factors that can actually cause tragic birth defects are being ignored.

In this article, I haven’t tried to cover the full range of “who benefits” from the fake war on Zika; but I should mention one group: the collaboration of companies, research labs, and foundations that propose using genetically engineered mosquitoes on a global basis to cut off future generations of Zika-carrying mosquitoes. Among this collaborating group are researchers who also want to release “gene drives,” mechanisms which sterilize the bugs in the wild. In both strategies, no human safety studies have been done. That is highly significant. The same absence of studies highlighted the original release of GMO crops in the 1990s. We were (falsely) assured then, as now, that no problems would develop.

That’s another article of faith pretending to be science.

Why don’t these researchers wear long robes and ornate hats, and wave wands and scepters that emit clouds of smoke? We’d be able to recognize them more easily.

Can we get a simple bill passed to fund the installation of stained glass windows in CDC buildings, and the employment of choirs to intone Gregorian chants around the clock?

Instead of publishing fake studies in journals, CDC priests and their eunuchs could appear on high balconies, overlooking packed plazas, and, in practiced monotone, read summaries of their research from parchment scrolls.

4 Comments on "Zika Fake Science Back In The News; Con Artists At Work"