The 7th largest economy on the entire planet is completely imploding.  I have written previously about the economic depression that is plaguing Brazil, but since my last article it has gotten much, much worse.  During 2015, Brazil’s economy shrank by 3.8 percent, but for the most recent quarter the decline was 5.89 percent on a year over year basis.  Unemployment is rising rapidly, the inflation rate is up over 10 percent, and Brazilian currency has lost 24 percent of its value compared to the U.S. dollar over the past 12 months.

At this point, Brazil is already experiencing its longest economic downturn since the Great Depression of the 1930s, and things are getting worse for ordinary Brazilians every single day.  The following comes from CNN…

But with Brazil plunging into its worst recession in over two decades — hopes for a brighter future are fading. The Brazilian economy shrank 3.8% in 2015, according to government data published Thursday. That’s the biggest annual drop since 1990 and the country is in its longest recession since the 1930s.

“I have never seen anything like this,” said Alves, 24, as he stood on his balcony overlooking Rocinha, a massive lower middle class neighborhood or favela in Rio de Janeiro where he grew up. “My parents would tell me about hard times, but today it is really tough. Prices are going up every day.”

So how did this happen?

Well, there are a couple of factors that are really hurting South American economies.

Number one, during the “boom years” governments and businesses in South America absolutely gorged on debt.  Unfortunately, many of those loans were denominated in U.S. dollars, and now that the U.S. dollar has appreciated greatly against local South American currencies it is taking far more of those local currencies to service and pay back those debts.

Number two, collapsing prices for oil and other commodities have been absolutely brutal for South American economies.  They rely very heavily on exporting commodities to the rest of the world, and so at the same time their debt problems are exploding they are getting a lot less money for the oil and industrial commodities that they are trying to sell to North America, Asia and Europe.

I want you to pay close attention to the following chart and analysis from Zero Hedge.  As you can see, the economic problems in Brazil appear to be greatly accelerating…

“The Brazilian economic downturn took a real turn for the worse in February,” according to Markit’s Composite PMI, which collapsed to record lows at 39.0. Despite a slightly less bad than expected GDP print this morning (still down a record 5.89% YoY), hope was quickly extinguished as PMIs showed economic activity continuing to contract at a record pace, job losses accelerating, and manufacturing’s collapse accelerating. As Market sums up, “With the global economy also showing signs of slowing, which will impact on external demand, it looks as if the downturn is set to continue to run its course in the coming months.”

GDP was a disaster (but better than expected) And of course Brazil is not the only South American economy that is a basket case right now.  In fact, things in Venezuela are far worse.  In 2015, the Venezuelan economy shrunk by 10 percent, and the official rate of inflation was a staggering 181 percent.

Could you imagine living in an economy with a 181 percent inflation rate?

As prices have escalated out of control, citizens have attempted to hoard basic supplies in advance, and this has resulted in food shortages that are absolutely frightening…

Cardboard signs on the door warning of “No bread” have become increasingly common at Venezuelan bakeries.

Venezuela gets 96 percent of its foreign currency from oil exports, and as crude prices have plunged, so have the country’s imports — among them wheat.

The leftist government of President Nicolas Maduro has tightly controlled access to hard currency, and this has affected imports ranging from medicine to toilet paper. Now it is seriously affecting imports of wheat, which Venezuela does not grow.

Add to this the soaring inflation rate — 181 percent in 2015, the world’s highest — and you see why customers are mainly interested in buying basic food items such as bread. 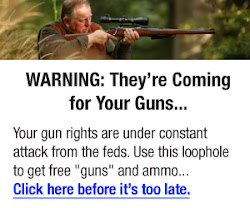 Here in the United States, there are still people who doubt that an economic crisis is happening.

But in Venezuela and Brazil there is no debate.

Unfortunately, what is happening in Venezuela and Brazil is also slowly starting to happen to most of the rest of the planet as well.  It is just that they are a little farther down the road.  Economic and financial bubbles are bursting all over the world, and I like how author Vikram Mansharamani described this phenomenon during a recent interview with CNBC…

Deflationary tides are lapping the shores of countries across the world and financial bubbles are set to burst everywhere, Vikram Mansharamani, a lecturer at Yale University, told CNBC on Thursday.

“I think it all started with the China investment bubble that has burst and that brought with it commodities and that pushed deflation around the world and those ripples are landing on the shore of countries literally everywhere,” the high-profile author and academic said at the Global Financial Markets Forum in Abu Dhabi.

And of course the evidence of what Mansharamani was talking about is all around us.

Just this week we found out that Chinese state industries plan to lay off five to six million workers, U.S. factory orders have now fallen for 15 months in a row, and the corporate default rate in the United States has now risen above where it was at when Lehman Brothers collapsed.

There are some people that would like to point to the fact that stocks have bounced back a bit over the past couple of weeks as evidence that the crisis is over.

Unfortunately, the truth is that the hard economic numbers that are coming in from all over the world tell us very clearly that global economic activity is slowing down significantly.

A new global recession has already begun, and the pain that is already being felt all over the planet is just the beginning of what is coming.