The D.C. Circuit Court has reversed a previous decision which sealed settlement talks related to a lawsuit against the Department of Justice for the failed gun running operation known as Fast and Furious.

Operation Fast and Furious was a program in which the Bureau of Alcohol, Tobacco, Firearms and Explosives (ATF) knowingly sold guns to Mexican drug cartels. The program was first exposed in 2011 when it was revealed that weapons from the program were involved in the murder of Border Patrol agent Brian Terry.

According to a report in the Los Angeles Times:

The term ‘gun walking’ is central to the failure of Fast and Furious. Agents with the federal Bureau of Alcohol, Tobacco, Firearms and Explosives purposely allowed licensed firearms dealers to sell weapons to illegal straw buyers, hoping to track the guns to Mexican drug cartel leaders and arrest them. But they lost track of more than 2,000 weapons, and the Mexican government says some of them have turned up at about 170 crime scenes there.

In 2012, the House of Representatives voted to hold then-Attorney General Eric Holder in contempt of Congress for his refusal to hand over documents related to the operation. These documents likely indicate Attorney General Eric Holder knew more than he admitted while under oath. On June 20, 2012, President Obama exercised executive privilege to keep the documents secret. The Obama administration has been fighting the release of Fast and Furious records since that time.

Faced with an investigation by Congress, the Justice Department initially sent a letter to the House Oversight and Government Reform Committee denying that guns had been allowed to walk across the border. It later informed Congress that the letter was incorrect.

The committee sued Holder when he withheld some records it wanted regarding the DOJ’s initial denial.

Watchdog group Judicial Watch sued the DOJ seeking the settlement discussions from the House Committee lawsuit. The DOJ said they could not release the documents and based their argument on a comment from Judge Amy Berman Jackson. During the committee case the settlement discussions were brought up and Judge Jackson responded by saying, “I don’t know what you said. I don’t want to know.”

U.S. District Judge Richard Leon agreed with the DOJ and blocked the release of the documents. However, on Friday February 12  a three-judge panel ruled that Judge Jackson’s statement does not seem to indicate that the information should be kept private.

Although the judges agreed that Judge Jackson’s statement prevented the release of information only to her, they stated that “a broader bar, if any, would have to be inferred for it is not explicit.”

“The Department offers a good reason Judge Jackson might have wanted to prohibit disclosure to third-parties – because protection from disclosure promotes more open dialogue during settlement – but there is no extrinsic evidence that was what the judge intended; indeed, that concern is nowhere mentioned in the record in this case, and it is equally plausible that Judge Jackson wanted simply to preserve her objectivity in case she ultimately were to preside over a trial,” Judge Douglas Ginsburg wrote for a three-judge panel.

The decision will now go back to Judge Jackson where she must clarify what she intended with her statement.

“The Department itself has already publicly revealed the sum and substance of the very material it is now seeking to withhold. Since any harm that would flow from the disclosures sought here would be merely incremental, the records must be produced,” Jackson wrote.

Jackson is referencing a September 2012 report from the Justice Department’s Office of Inspector General regarding the Fast and Furious program. 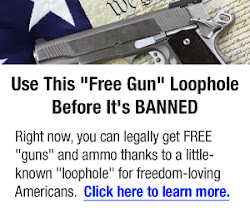 The amount of effort the Obama Administration is expending to fight the release of these documents should alarm every American. Obama has less than a year left in office and he does not want the public to understand the true extent of this program. Although the program started under the Bush Administration it was continued by Obama, and under his watch criminals (Eric Holder) will be allowed to go free. It’s up to the free hearts and minds of this land to organize and remove consent from this failed system.

Derrick Broze is an investigative journalist and liberty activist. He is a news editor for ActivistPost.com and the founder of the TheConsciousResistance.com. Follow him on Twitter.