U.S. District Court Judge Amy Berman Jackson ruled that the Department of Justice’s prior release of information related to Fast and Furious invalidated President Obama’s claim that releasing details of the program would cause harm.

“The Department itself has already publicly revealed the sum and substance of the very material it is now seeking to withhold. Since any harm that would flow from the disclosures sought here would be merely incremental, the records must be produced,” Jackson wrote.

Judge Jackson is referencing a September 2012 report from the Justice Department’s Office of Inspector General regarding the Fast and Furious program. Operation Fast and Furious was a program in which the Bureau of Alcohol, Tobacco, Firearms and Explosives (ATF) knowingly sold guns to Mexican drug cartels.

According to a report in the Los Angeles Times:

The term ‘gun walking’ is central to the failure of Fast and Furious. Agents with the federal Bureau of Alcohol, Tobacco, Firearms and Explosives purposely allowed licensed firearms dealers to sell weapons to illegal straw buyers, hoping to track the guns to Mexican drug cartel leaders and arrest them. But they lost track of more than 2,000 weapons, and the Mexican government says some of them have turned up at about 170 crime scenes there. 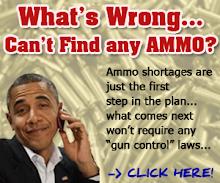 On June 20, 2012, President Obama exercised executive privilege to keep the documents secret. The Obama administration has been fighting the release of Fast and Furious records since that time.

Politico reports that Jackson did not rule out the possibility some of the records might still be kept private because of sensitive information related to law enforcement techniques, foreign policy concerns, or  matters covered by attorney-client privilege. The Obama administration is expected to appeal the decision.

The judge’s decision coincides with news that federal officials found a .50-caliber rifle linked to Fast and Furious at Joaquin “El Chapo” Guzman’s hideout in Mexico. The drug lord escaped from prison last year and was found in Los Mochis on January 8. The ensuing shootout killed five men and wounded one Mexican marine. A number of weapons, including the .50-caliber rifle, were found at the scene.

This article (Obama is Trying to Keep Program that Armed Drug Cartels Secret, Judge Says Otherwise) is free and open source. You have permission to republish this article under a Creative Commons license with attribution to Derrick Broze and theAntiMedia.org. Anti-Media Radio airs weeknights at 11pm Eastern/8pm Pacific. If you spot a typo, email [email protected].