The carnage always comes by surprise, often on an otherwise ordinary Saturday morning…

The government declares a surprise bank holiday. It shuts all the banks. It imposes capital controls to stop citizens from taking their money out of the country. Cash-sniffing dogs, which make drug-sniffing dogs look friendly, show up at airports.

At that point, the government is free to help itself to as much of the country’s wealth as it wants. It’s an all-you-can-steal buffet.

This story has recently played out in Greece, Cyprus, Argentina, and Iceland. And those are only a few recent examples. It’s happened in scores of other countries throughout history. And I think it’s inevitable in the U.S.

I believe the U.S. dollar will lose its role as the world’s premier reserve currency. When that happens, capital controls are sure to follow.

This is why it’s crucial to your financial future to understand what capital controls are, how they are used, and what you can do to protect yourself.

Think of the government as a thief trying to steal your wallet as you (understandably) try to run away. With capital controls, the thief is trying to block all the exits so you can’t reach safe ground.

A government only uses capital controls when it’s desperate…when it can no longer borrow, inflate the currency, tax, or steal money in one of the “normal” ways.

In most cases, governments use capital controls in severe crises. Think financial and banking collapses, wars, or chronic economic problems. In other cases, they’re just a way to control people. It’s much more difficult to leave a country when you can’t take your money with you.

Regardless of the initial catalyst, capital controls help a government trap money within its borders. This way, it has more money to confiscate.

As strange as it sounds, capital controls are often politically popular. For one, they are a way for a government to convince people it’s “doing something.” The average person loves that.

Two, a government can usually convince people that moving money offshore or investing in foreign assets is only for rich tax evaders or the unpatriotic. If freedom and private property matter to you at all, you know that’s obviously false.

To be effective, capital controls have to be a surprise. Alerting people in advance would defeat the purpose. Weekends and holidays are the perfect time to catch people off guard.

Here are the four most common forms of capital controls:

This applies to official prices for gold, too.

Getting the more favorable black market rate usually involves informal transactions on the street. Of course, this is technically illegal.

A government might impose explicit taxes to discourage you from buying foreign investments, foreign currencies, or gold. India tried this a few years ago by imposing a 10% tax on gold imports.

Another tactic is taxing money transfers out of the country…say 20% on any amount transferred to a foreign account. In this case, you could still move your money, but it would cost you.

Governments want you to hold your wealth inside the country and in the local currency. Ultimately, this makes it easier for them to tax, confiscate, or devalue with inflation.

A government might restrict how much foreign currency or gold you can own, import, or export. It might require you to get permission to take a certain amount of money out of the country. The cap is often only a couple thousand dollars.

This is the most severe form of capital control. Sometimes a government explicitly prohibits the ownership of foreign currencies, foreign bank accounts, foreign assets, or gold, or the moving of any form of wealth outside the country.

Capital Controls in the U.S.

The U.S. government has used capital controls before. In 1933, through Executive Order 6102, President Roosevelt forced Americans to exchange their gold for U.S. dollars. It’s no surprise that the official government exchange rate was unfavorable. The U.S. government continued to prohibit private ownership of gold bullion until 1974.

Today, with no conceivable end to the U.S. government’s runaway spending, sky-high debt, and careless money printing, I think it’s only a matter of time until the government decides capital controls are the “solution.” There’s no doubt statist economists like Paul Krugman would cheer it. All it would take is the stroke of the president’s pen on a new executive order.

Whatever the catalyst, it’s critical to prepare while there’s still time.

What Could Happen if You’re Too Late

Capital controls are almost always a prelude to something worse. It might be a currency devaluation, a so-called “stability levy,” or a bail-in.

Whatever the government and mainstream media call it, capital controls are a way to trap your money so it is easier to steal. Anything they don’t steal immediately, they box in for future thefts.

What You Can Do About It

The solution is simple.

Place some of your savings outside your home country by setting up a foreign bank account.

That way, no one can easily confiscate, freeze, or devalue your savings at the drop of a hat. A foreign bank account will help ensure that you have access to your money when you need it the most.

Doug Casey and I visited Cyprus a few years ago, right after the government imposed capital controls. We met numerous Cypriots who had seen the writing on the wall and had chosen to take action before the crisis. 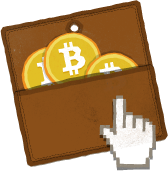 By doing so, they kept their money safely out of the hands of a thieving government. While everyone else was forced to keep their money in the country, those who had moved their money ahead of time were free to do as they wished and were spared from the bank deposit confiscation.

Despite what you may hear, obtaining a foreign bank account is completely legal. It’s not about tax evasion or other illegal activities. It’s simply about legally diversifying your political risk by putting your liquid savings in sound, well-capitalized institutions.

It’s becoming harder and harder to open a foreign bank account. Soon, it could be impossible. It’s important to act sooner rather than later – even if you don’t plan to use the account immediately.

Even without capital controls, it still makes sense to move some of your savings to a foreign bank where it can be kept safe.

Be sure to check out our comprehensive video on foreign bank accounts, where we share our favorite banks and jurisdictions. The video includes crucial information on the few jurisdictions that still accept American clients and allow them to open accounts remotely with small minimums.

The New York Times best-selling author Doug Casey and his team describe how you can do it all from home. And there’s still time to get it done without extraordinary cost or effort, but you need to act quickly.

This is an A-Z video with information you won’t find anywhere else. Click here to watch it now.

Nick Giambruno is the Senior Editor for InternationalMan.com

16 Comments on "Capital Controls are Coming"