Wheat, which used to be considered a “staff of life,” in recent times, has become a dietary scourge for numerous men, women, and children. What happened, especially when there are so many processed foods that contain wheat or wheat derivatives?

First and foremost, we ought to realize that wheat grown today is a hybridized version of heirloom wheat during the early 20th century. Einkorn [1], which probably was the oldest variety of wheat known and grown for thousands of years, has fallen out of favor even though it contains a lower percentage of gluten.

Since einkorn is such an ancient grain and the only known diploid classified variety of wheat still known to exist today, there has been considerable interest in the issue of gluten toxicity. One way of measuring gluten toxicity is by the gliadin to glutenin ratio, and einkorn has a much more favorable ratio than modern wheat varieties. Einkorn has a gliadin to glutenin ratio of 2:1 compared to 0.8:1 for durum and hard red wheat. While this lower gluten ratio may hold some promise for gluten intolerance disorders, it should be cautioned that einkorn DOES contain gluten, and so those desiring to avoid all gluten are NOT recommended to consume einkorn. [1]

Gliadin is another classification of proteins in grains, e.g., wheat, whereas glutenin is the major protein in wheat (47%). Gluten is an elastic-like protein remaining after the starches are washed away. Numerous vegetarian “meats” are made with “Seitan” [2].

As Tropical Traditions explains, “Einkorn has a gliadin to glutenin ratio of 2:1 compared to 0.8:1 for durum and hard red wheat. Old Ways Whole Grains Council says [3],

Different types of wheat have different numbers of chromosomes, and some studies show that the older wheats, with fewer chromosomes, tend to have lower levels of gliadins, the type of gluten proteins that seem to cause most sensitivities.

Einkorn, the oldest known type of wheat in our current food supply, has just 14 chromosomes, and is called a diploid wheat. Durum wheat (the kind most often used for pasta) and emmer are tetraploid wheats, with 28 chromosomes. Common wheat (used for most everything) and spelt have 42 chromosomes and are known as hexaploid wheats. Research shows that different tetraploid and hexaploid wheat varieties differ widely in gliadin levels, and it’s possible to select “individual genotypes with less Celiac Disease-immunogenic potential.”

Some heirloom wheat varieties grew very tall and were not manageable for industrial farming practices, so newer varieties were developed in the 1950s and 1960s by Norman Borlaug, father of the Green Revolution.

He [Borlaug] pioneered new “improved” species of semi-dwarf wheat that, together with complimenting fertilizers and pesticides, increased yield spectacularly. This amazing new farming technology was propagated around the world by companies like Dupont and Monsanto, while mid-20th-century humanity applauded the end of hunger. [4]

So let’s reject the profound genetic changes in modern wheat, in favour of traditional species our bodies recognize. Let’s reject the chemical fertilizers, herbicides, fungicides and pesticides of modern industrial farming in favour of organic farming and clean seed. [4]

That’s only half of the story regarding what’s happened to wheat!

So, what else goes on with wheat?

Shortly before harvesting wheat—about 3 days, farmers routinely spray the crop with Roundup® [5] since glyphosate—its main component—is considered to be a desiccant that enables a more evenly ripened crop harvest, plus less work for farmers, or so it’s been said.

Not only is wheat sprayed with Roundup® pre-harvest, so are the following crops: Oats, non-GMO canola, flax, peas, lentils, non-GMO soybeans, dry beans and sugar cane! So, it’s most important to buy, cook, and eat organically-grown grains, beans and lentils (legumes).

Even if the crops are not GMO, they still can be sprayed with Roundup®! Glyphosate, the main active ingredient, has been declared a Class 2B carcinogen by the World Health Organization’s IARC [6].

Wheat, when stored in grain silos, can be fumigated with toxins such as phosphine, chloropicrin, and methyl bromide. According to the University of Minnesota/Extension,

So fumigants are able to penetrate into places that are inaccessible to insecticide sprays or dusts.

All fumigants are poisons–highly toxic to humans and other warm-blooded animals, as well as to insects. Consequently, they are classified as Restricted Use Pesticides and in accordance with Minnesota State Pesticide Law can be applied only by certified and licensed fumigators. [7]

When wheat grain is milled into flour, there are other processes that further compromise the resulting flour, e.g., milling, removal of bran, fiber and germ, to leave a powder-like substance, the endosperm, which becomes flour, that is bleached and ‘enriched’ with added synthetic B vitamins and iron. But that’s not where wheat’s tragic flour story ends.

The chemical Azodicarbonamide (ADA) [8] is added as a dough conditioner when wheat flour is made into various food products like breads, pastries, etc. As a matter of fact, there are close to 500 food items that contain ADA.

According to Dr. Edward F Group, DC, ND, founder of Global Healing Center, ADA can cause the following adverse health effects: Respiratory problems, skin irritant, disrupts the immune system, and is harmful to hormone function [8]. Personally, I imagine that it would negatively affect the gut microbiome and even cause digestive problems, e.g., heartburn. Additionally, ADA increases the gluten content in bread! That’s not what we need, especially with all the gut problems and gluten sensitivities occurring in so many folks recently.

Furthermore, ADA is banned in Europe and Australia! U.S. FDA and USDA, what gives with you, anyway? Why aren’t you banning ADA in the USA? Additionally, ADA is an industrial chemical used in the manufacture of yoga mats, shoe rubber and synthetic leather! Mmm, mmm, good! 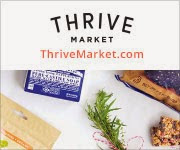 To top off the above, ADA creates toxic byproducts when heated: Semicarbazide and ethyl carbamate.

Would readers like to know which brands and products contain Azodicarbonamide? Well, here’s the list. Data provided by FoodEssentials as of 2/27/2014.

Wheat is just one example of how a natural food crop, which humans subsisted on for millennia, has been bastardized by modern chemistry and farming practices into becoming a bane to eaters.

The only way consumers can get relief is to:

Grow Your Own Heirloom Grains
http://www.mariasfarmcountrykitchen.com/grow-your-own-heirloom-grains/

6 Comments on "Why is Wheat Such a Problem in the Modern Diet?"