Last week the National Aeronautics and Space Administration (NASA) successfully completed an experiment with a suborbital, or sounding, rocket aimed at testing out new technologies before integrating them into other projects. The suborbital flight on October 7th was launched from the Wallops Flight Facility in Virginia on the Eastern seaboard of the United States, testing a ‘modified Black Brant sounding rocket motor, launch vehicle and spacecraft systems and sub-payload ejection technologies.’ [1]

Interesting enough, but during the test they released a number of vapor clouds into the atmosphere, releasing a mixture of chemicals that are well-known to those who are closely examining the growing problem of geoengineering and chemtrails. The skies over this area were alight in strange celestial clouds colorized by high-altitude discharges of barium and strontium.

During the test of the deployment system for the vapor clouds, four sub-payloads with mixtures of barium and strontium will be ejected from the main payload and the vapor will be deployed while the payload is descending. The test also will include the release of vapor from two systems on the main payload during the descent portion of the flight.

The ejected sub-payloads will release the vapor at about 130 miles above the Earth. The main payload releases will occur at an altitude around 118 miles.

The barium-strontium mixture produces a cloud with a mixture of blue-green and red color. The blue-green part is neutral, i.e. not charged. Strontium is used to enhance the visibility of the neutral flow. [1] 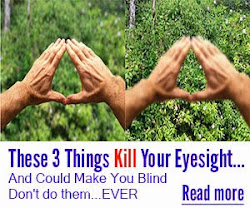 Barium and strontium, along with aluminum, are the 3 of the most commonly used chemical agents in atmospheric geoengineering projects, which have been used by the US government in weather modification projects since the 1950s.

This recent experiment proves once again that NASA and the US governments do in fact use atmospheric spraying of toxic chemicals for various research and experimentation purposes, although who really knows what they’re up to?

Take a look at this breakdown of the events by Dahboo7:

Recently, other mysterious anomalies have been occurring in the skies around the planet including giant twin beams of light emanating from the earth. Additionally, a recent NASA feed of the ISS (International Space Station) was cut short when two massive pillars of light were seen, apparently directed toward the planet from the ISS.

If you’re not convinced that the government and their corporate partners are dumping toxic chemicals on us from above and using the planet and its inhabitants as guinea pigs to experiment on, then take a look at some of the present research into the matter, including this Congressional statement by Dr. Rosalind Peterson. The mainstream media is dong everything it can to ridicule and discredit independent researchers like Dane Wigington of GeongineeringWatch.org, who is publicly linking the California drought and the massive die-off of trees and plants to chemtrail and geoengineering programs.

Behind the scenes, though, the government continues to spend our money on secretive projects and experimental technologies, and the health of our environment is degrading rapidly.

This article (NASA Takes Chemtrail Spraying Program to Outer Space) was originally created and published by Waking Times and is published here under a Creative Commons license with attribution to Terence Newton and WakingTimes.com. It may be re-posted freely with proper attribution, author bio, and this copyright statement.