Have you ever wondered what the world would be like if better and cleaner energy sources were widely available and affordable to all of earth’s people? If so, you’re not alone, as the quest for a better energy existence has been the focus of many ingenious inventors, scientists, experimenters and even corporate and government scientists for generations.

We know it’s possible, but for some reason, though, society just can’t seem to get beyond 23.6 or so miles per gallon on average, highway. The gap between what science is clearly capable of and what is available to the consumer mass market is extraordinary, and here really is no need to be using up the world’s fossil fuels and building nuclear plants as if there were no tomorrow, but we do.

The truth is there for those who have eyes to see. Tremendous market forces and capital involved in government and in the energy and automobile industries make it practically impossible for any promising energy device or technology patent to emerge as a viable and accessible alternative in the real marketplace, and not just appearing on YouTube or at trade shows as prototypes. Alternatives do exist, but why are they not more broadly available?

In addition to the more famous cases such as Wilhelm Reich, and other scientific geniuses like Nikola Tesla, Raymond Rife, or Linus Pauling, many lesser known inventors have patented or attempted to patent functional energy devices that just never seem to make it to the public.

An understandable reason for suppressing certain types of energy inventions is that the knowledge behind them is also capable of producing tremendously destructive advanced electromagnetic weapons such as the “death ray” apparently invented by Nikola Tesla. Hence many such new energy technologies, particularly those using this kind of knowledge of advanced electromagnetic principles, are considered “dual use” technologies that are among the 4,000 un-numbered patent applications confiscated in a vault at the US Patent and Trademark Office because of their military potential and the need to keep that knowledge from America’s enemies. [Gary Vesperman] 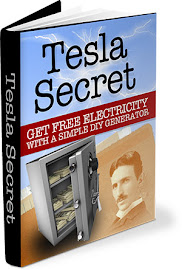 Some cases, perhaps, may surely be considered national security, but in today’s age, the public is discouraged from even looking into simple alternatives, and even the electric car was originally killed.

Who knows precisely how many opportunities the human race has lost to see free energy?

The Orion Project, an organization dedicated to the transformation of our energy usage took a close look at why this is the case, and exactly how the government suppresses free energy devices. In their review of past and now obscure technologies, they’ve noted the key ways in which alternative energy technologies are suppressed. Take a look:

Our review of past and now-obscure technological breakthroughs shows that these inventions have been suppressed or seized by the following broad categories of actions:

1.5.1 Acquisition of the technology by ‘front’ companies whose intent has been to ‘shelve’ the invention and prevent the device from coming to market.

1.5.2 Denial of patents and intellectual property protection by systematic action by the US and other patent offices.

1.5.4 Abuses by other regulatory or licensing entities, including but not limited to rogue elements within the Department of Defense, CIA, NSA, Federal Trade Commission, Department of Energy and others.

1.5.5 Targeting the inventor or company with financial scams, illegal financial arrangements that lead to the demise of the company, and similar traps.

1.5.7 A pattern of harassment, bomb threats, theft and other shadowy actions that frighten, intimidate and demoralize those inventing, holding or developing such technologies; significant bodily harm and murder have also apparently occurred.

1.5.8 Inducements through significant financial buyouts, offers of positions of power and prestige and other benefits to the owner of such technologies to secure their cooperation in suppressing such technologies.

1.5.9 Scientific establishment prejudice and rejection of the technology in light of unconventional electromagnetic effects thought to be not possible by current scientific conventional wisdom.

1.5.10 Corruption of scientific entities and leaders through clandestine liaisons with rogue classified or shadowy private projects that intend to suppress such devices.

1.5.11 Corruption of major media entities and key figures through clandestine liaisons with rogue classified or private shadowy projects that intend to suppress such devices. [Source]

Buck Rogers is the earth bound incarnation of that familiar part of our timeless cosmic selves, the rebel within. He is a surfer of ideals and meditates often on the promise of happiness in a world battered by the angry seas of human thoughtlessness. He is a staff writer for WakingTimes.com.

Like Waking Times on Facebook. Follow Waking Times on Twitter. This article (How the Government Suppresses Free Energy Technologies) was originally created and published by Waking Times and is published here under a Creative Commons license with attribution to Buck Rogers and WakingTimes.com. It may be re-posted freely with proper attribution, author bio, and this copyright statement.