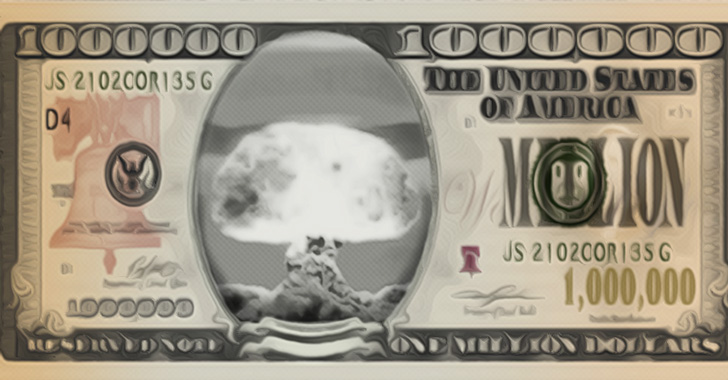 Updating America’s behemoth nuclear arsenal could cost nearly one trillion dollars, according to a new report from independent researchers at the Center for Strategic and Budgetary Assessments. Though previous Pentagon assessments claimed that updating the United States’ nuclear weapons could cost $270 billion, the price now appears to be much higher.

This week’s daunting projections coincide with the 70th anniversary of the United States deadly detonation of two atomic bombs over Japanese civilians in Hiroshima and Nagasaki during World War II.

However, Obama failed to provide full data on projected costs. As Al Jazeera noted, the White House “has to date only released a $73 billion estimate that covers fiscal years 2016 to 2020 — years before the program’s costs are projected to spike.”

The new study by the Center for Strategic and Budgetary Assessment—which works closely with the Pentagon— says that between 2014 and 2043, the total could be as high as $963 billion. Further, researchers Todd Harrison and Evan Montgomery noted that “Ultimately, this report finds that the Pentagon will…require as much as $12 to 13 billion per year in additional funding to support nuclear maintenance and modernization during the 2020s, when spending on U.S. nuclear forces will peak.” The figure itself may be suspect considering the tendency of war mongers to underestimate the costs of war and the Pentagon’s fiscal ineptitude.

The new report’s findings are consistent with a widely-cited study released last year that projected a similar figure, but the cost to maintain one of the world’s biggest nuclear arsenals is chronically high. The Manhattan Project—which spawned the bombs dropped on Japan in August of 1945, cost $20 billion (adjusted for current inflation). From 1957 to 1964 alone, the U.S. spent the equivalent $14 billion on intercontinental ballistic missile launch pads and silos, as well as support facilities.

With 7,300 total nuclear warheads as of 2014, the United States leads the world in nuclear stockpiles. It is followed by Russia, the U.K., France, China, India, Pakistan, Israel and North Korea. The United States is the first and only nation to openly and unabashedly drop a nuclear bomb on civilian populations. Hundreds of thousands of civilians were killed 70 years ago in an attack military commanders—including General Dwight D. Eisenhower—deemed wholly unnecessary.

Though some might argue that $1 trillion over 30 years to maintain a nuclear stockpile is “only” a fraction of the United States’ presumed military budget over the same time period, that fact alone is alarming. It reveals disturbingly misplaced priorities within one of the world’s wealthiest nations.

Worse, the projected costs highlight the grotesque hypocrisy in Obama’s conduct of foreign affairs. While his recent nuclear deal with Iran is laudable for its attempt to prioritize diplomacy over war, it remains comical that a nation that fervently stockpiles nuclear weapons—and is the only one with the audacity to detonate them—should control the conversation and conduct of other nations’ ability to wield nuclear power. There is no evidence that Iran detonated nuclear bombs for the sake of bolstering a powerful image and testing out new toys. That was, of course, the United States under Harry Truman.

While Obama once campaigned on promises of nuclear disarmament, his actions in office signal the opposite approach. Nowhere in his Iran deal—which is ostensibly intended to reduce the threat of nuclear violence—did he suggest the United States scale back its arsenal. An Onion headline once satirically summed up this conundrum—long before the recent deal: “Iran Worried U.S. Might Be Building 8500th Nuclear Weapon,“ it read, highlighting the ridiculousness of the global empire’s purported fear of a nation surrounded by United States military bases.

As the United States machine continues to expand its militaristic misadventures—in defending his Iran deal this week, Obama bragged that he had bombed seven countries—its desperation to cling to aggressive power becomes all the more obvious. While the outrageous costs of maintaining a nuclear arsenal should spark serious discussion about America’s priorities, they merely expose its politicians’ hubris in demanding—and exercising violent power—while commanding others to lay down their arms.