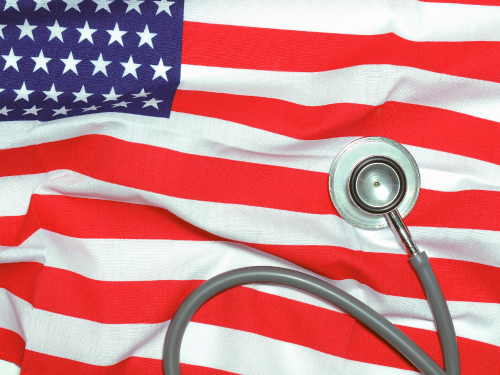 When the VA scandal broke last year, Americans were understandably upset. The VA had been maintaining a secret list of veterans waiting for treatment, to hide the fact that they had such a severe backlog. When we first learned of this, it was discovered that 40 Veterans had died while waiting to see a doctor at the VA hospital in Phoenix. But since that time, it’s become abundantly clear that the problem is much worse than that.

Recently leaked documents have found that over 800,000 veterans are on the VA’s backlog, which began when they started their electronic health care enrollment in 1998. Of those people, an astonishing 238,000 have died without receiving VA treatment. The documents come from VA program specialist and whistleblower Scott Davis. The VA claims that the list is so large because they can’t remove former patients from the list. They’ve either died or moved on to other forms of healthcare like Medicaid or private insurance, or in some cases never completed their applications. But Davis disagrees, and doesn’t think VA would record an incomplete application.

“VA wants you to believe, by virtue of people being able to get health care elsewhere, it’s not a big deal. But VA is turning away tens of thousands of veterans eligible for health care…VA is making it cumbersome, and then saying, ‘See? They didn’t want it anyway.’” The documents also show that out of 17.4 million vets that have died, the date of death for 2.35 million of them wasn’t properly recorded. So just how bad is the VA health care system?

“It’s a DISASTER Waiting To… April 2, 2020
Tweets by ActivistPost