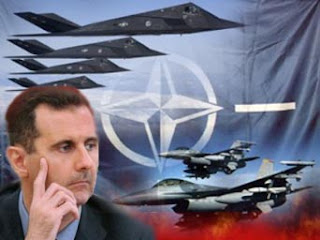 As Turkey continues to bomb  alleged ISIS targets in Syria and Kurdish targets in Iraq, it has now taken yet another step toward its goal of establishing a “buffer zone” and “no-fly zone” over Syria. This is because Turkey has now called an emergency NATO meeting scheduled to take place on Tuesday.

The meeting is an extraordinary act and is being justified under Article 4 of the NATO treaty.

Article 4 allows any member of NATO to “request assistance” when its “territorial integrity, political independence or security is threatened.”

In regards to the scheduled meeting, NATO Secretary Jens Stoltenberg stated that “Turkey requested the meeting in view of the seriousness of the situation after the heinous terrorist attacks in recent days, and also to inform Allies of the measures it is taking. NATO Allies follow developments very closely and stand in solidarity with Turkey.”

According to SKY News’ Foreign Affairs Editor Sam Kiley, the Turks are requesting NATO surveillance aircraft along the Turkey-Syria border.

Kiley also suggested that Turkey was requesting the establishment of a Safe Zone (aka buffer zone/no-fly zone) over the northern portion of Syria on the border with Turkey.

“It is part of its argument for safe zones inside Syria along its border that would be policed by armed forces presumably from NATO and members of the US-led coalition,” Kiley stated.

Article 4 reads “The parties will consult together whenever, in the opinion of any of them, the territorial integrity, political independence or security of any of the parties is threatened.” While it is less of a declaration of military operations than Article 5, which recognizes an attack against one member as an attack against them all, it is clearly a step in the direction of some type of military confrontation, particularly with the Syrian government.

Turkey has called Article 4 NATO meetings twice – once in 2003 and once in 2013. In the latter incident, Germany, the Netherlands, and the United states sent two PATRIOT anti-missile batteries each as well as soldiers trained in the operation of those missiles. Turkey was requesting help with its border security due to the crisis in Syria.

It was also reported in April that the Turks, Saudis, and Qataris, were in high level talks regarding a plan to invade Syria in the relatively near future.

Ironically, the crisis in Syria – in particular, the issue surrounding the Turkish-Syrian border – was largely the fault of Turkey itself as it helped train and funnel terrorists from inside its borders into Syria.

Regardless, it should be remembered that a “buffer zone” and/or a “no-fly zone,” of course, is tantamount to war and an open military assault against the sovereign secular government of Syria since the implementation of such a zone would require airstrikes against Assad’s air defense systems.

With the establishment of this “buffer zone,” a new staging ground will be opened that allows terrorists such as ISIS and others the ability to conduct attacks even deeper inside Syria.

While the goal is clearly to establish such a zone before tightening the grip on Assad even further and ultimately leading to his overthrow, one can only wonder as to what pronouncement or “policy” will result from the Tuesday NATO meeting. Whatever it may be, the Syrian people will be the ones to pay the highest price.