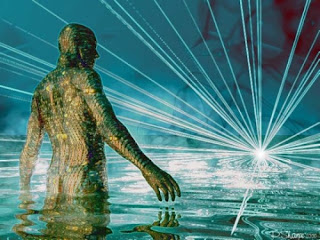 These days, it is difficult for me to find the time to sit down and read an entire book; and I only really do so if I have an author coming on-air and I need to prep for an interview. That was the case this past week as author, Patrick Wood joined us live on The Liberty Brothers Radio Show; shortly after I finished Patrick’s great read entitled, Technocracy Rising.

As one begins reading Technocracy Rising, the key programs, organizations, and global conglomerates outlined in the book will be quite familiar; with many readers knowing most of the names of the key participants in the global push for a world run by a “Technocratic Elite.” Surprisingly, these people do things right out in the open.

Technocracy is not new, as the utopian dream of a world run by men of science has been “alive and well” for many decades. As you can probably surmise from the title of Pat Wood’s book, technology plays a vital role in the Technocrats’ evil plan of world domination.

It is not a secret that we now live in a society of constant surveillance, with most of us voluntarily carrying around a personal tracking device known as a smartphone. This fact, and numerous other data collection methods, have thrust us to a point in history where the end-game scenario for the Technocratic Elite is closer to becoming reality than ever before. Based upon some reports, the current technology can predict your daily routine with over 90% accuracy, not to mention the Smart-Meters tracking the appliance and energy use in your very own home. We are truly ripe for a technocratic takeover.

Please review the video below, as Patrick Wood clarifies who we battle, and by what methods those who wish to control us will use to bring America, and the world, into a technocratic dictatorship.

You can read more from James White at TheLibertyBrothers.com

2 Comments on "Technocracy: The Framework for Global Domination"