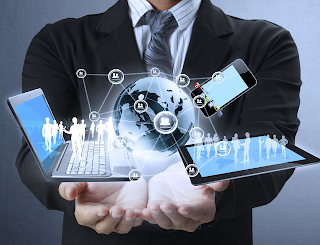 “The creative power of the individual is downplayed or even viewed as ‘injuring the group.’ This is no accident. The whole basis of a controlled society depends on people seeing themselves as powerless and surrendering to ‘the needs of the collective.’ This amounts to a political religion—but these days, it’s ridiculously dressed up as Science, as if collectivism were a series of formulas derived from physics and biology.” (The Underground, Jon Rappoport)

As my readers know, I write a great about imagination, the individual, and independent thought.

Some might think these “issues” are peripheral to the elite takeover of the planet, but in fact they are central.

Let’s start here. As author Patrick Wood makes clear, technocracy is really all about establishing a scientific dictatorship. As he also points out, the dictatorship is based on false science.

—For example, the sales-pitch called manmade global warming, which is a jumble of unproven data-mush used to create, in the long run, a worldwide system of energy allotment. Patrick Wood also sees through to the fact that ultimately, every individual would be monitored for energy consumption, and strict limits would be set, in order to “save the planet” from frying. The ever-expanding Surveillance State, including the so-called smart grid, exists in order to make this energy-monitoring possible.

Technocracy is actually a mirage of science. And it begins with the false notion that the brain, an organic piece of machinery, is the mind and the only source of consciousness. As I’ve demonstrated, this “scientific” assertion is absurd. (See also this.) But it suits the goal of exercising complete control over the population:

“We must change the functions of the brain, make it ‘more peaceful’, make it into an adjunct of a super-computer which can automatically provide truthful answers to all important questions.”

Independent thought (and thus independent character) and imagination aren’t emanations from the brain. They aren’t the accidental output of sub-atomic particles whirling in space.

Independent thought and imagination are not made out of energy whose flow and ebb operate according to rigid “laws of nature.”

Independent thought and imagination are free, which is to say, non-material.

And that upsets the entire applecart of technocracy.

Their goal of scientific dictatorship stems from the belief that humans, such as they are constructed, will always opt for war and destruction. Therefore humans must be re-engineered. Of course, this belief involves a major element of sham, since modern war is looked at, from the top of the food chain, as a business and, therefore, starting and funding wars on all sides equals enormous monetary profits.

When an individual deploys his imagination widely enough, he realizes he is far more than a series of social constructs and interactions. He travels into new territory, where the future he invents and works toward is intensely liberating.

Sacrifice shot through with guilt is not an item on his agenda. If anything, he wants to raise others out of the swamp of guilt. Nor is he preoccupied with attaining and maintaining victim status.

So he is a threat to the collective and should be…altered to fit the requirements of the Brave New World.

He must be a “company man,” whose loyalty to the corporation or the government is absolute. He must exude the perfume of “share and care,” as if it comes from the depths of his soul, rather than being sprinkled to hide his true thoughts.

He must submit to all manner of alterations, to “harmonize” his brain with all other brains in the Hive.

He must affect an attitude of gladness toward the salvation of All in this synthetic world.

Technocrats see human beings as constructs that need to be reconfigured. As pieces on a game board whose latitude of action must be reined in and diminished.

This is not science. This is totalitarianism dressed up to look like science.

To get humans to go along with this program, they must be convinced to look at themselves as…what? As small.

To the degree that you can enlist such people in any number of social causes, the long-term result will always be the same: more submerging of the powerful individual, more group-think, less creative innovation.

On the other end of the spectrum, imagination unleashed takes off from the well-worn platform of What Already Exists and invents new, dynamic, and innovative realities.

The secular religion of science-technology-materialism is obsessed with defining humans as biological machines who “need to be reprogrammed” to fit the requirements of a super-controlled society. Algorithms, computer models, and flow charts are applied to these “human machines” to regulate their actions. Individual freedom is looked upon as a wild card and an unpredictable variable which, therefore, must be eliminated.

What better way to eliminate it than to say it is an illusion in a materialistic world?

Technocrats assert that data are the ultimate Holy Grail, and by building a vast computer to which human brains can be connected, all important problems can be solved. This is the techno-view of reality itself: a series of problems that need to be solved. But of course, that is a staggeringly short-sighted view.

Reality is made, invented, imagined beyond the problem-solution formulation. It is made by the creative impulse which, at every leap forward, wipes out a whole host of former problems.

In developing my collection, Exit From The Matrix, I included dozens of imagination exercises that, among other benefits, opens up “the leap,” by which the individual invents new realities and futures.

There is the fake Brave New World and the actual Brave New World. The fake version settles on reprogramming humans to fit into an overall pattern of top-down control. The actual version liberates individuals so they can create realities that express their most profound and unalloyed desires.

At the secret heart of every organized religion (including the technocratic secular religion) lies the premise: “what you desire is illusory and harmful to yourself; it must be put aside in favor of a more ‘universal’ desire that comes from ‘a higher place’.”

And of course, it just so happens that leaders are always there to define what that universal desire is, explain it, legislate it, propagandize it, and enforce it.

Anything else will devolve into a bad dream, to the extent that it tries to make the individual an android connected to other androids in a universal board game full of pawns.

5 Comments on "Technocracy and the scientific matrix"