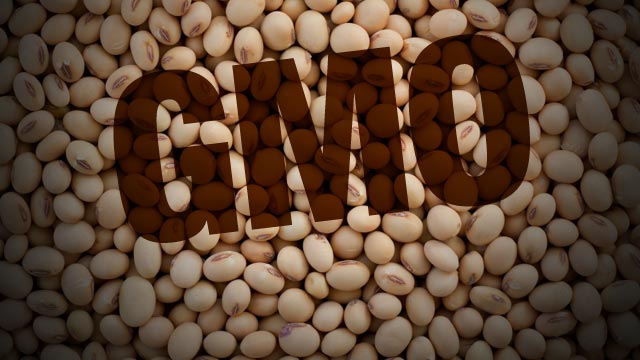 Back in 1992, when the U.S. FDA was in the process of approving GMOs, it came up with its lame “Statement of Policy – Foods Derived from New Plant Varieties” [1], with a section that apparently was designed to lull eaters into believing that any GMO-produced toxicants, or other previously-unknown food factors, occurring by default in GMOs could be considered as part of ‘natural’ GMO plant physiology and, therefore, there’s nothing to be concerned about.

Conveniently, FDA, in its 1992 Policy, listed some of the naturally-occurring plant factors humans have been eating maybe for millennia, and to which most DNA lines have ‘adapted’, but still considered naturally-occurring toxicants, etc. Those folks whose DNA tendencies haven’t adapted suffer food intolerances, allergies, or even anaphylaxis. Furthermore and historically, there’s a known history on plant foods genetic factors. That cannot be said for GMO phoods, if you want to call them food. They haven’t been around that long, and we don’t know if, when and how they will morph or adapt to produce unknown toxicants.

Below are some of the known plant physiology factors the FDA listed in its Policy.

Plants are known to produce naturally a number of toxicants and antinutritional factors, such as protease inhibitors, hemolytic agents, and neurotoxins, which often serve the plant as natural defense compounds against pests or pathogens. For example, most cereals contain protease inhibitors, which can diminish the nutritive value of proteins. Many legumes contain relatively high levels of lectins and cyanogenic glycosides. Lectins, if not destroyed by cooking or removed by soaking, can cause severe nausea, vomiting, and diarrhea. Cyanogenic glycosides can be hydrolyzed by specific enzymes in the plant to release cyanide if food from the plant is improperly prepared. The levels of cyanogenic glycosides in cassava and some legumes can lead to death or chronic neurological disease if these foods are eaten uncooked. Cruciferae contain glucosinolates which may impair thyroid function. Squash and cucumber contain cucurbiticin, an acute toxicant. Chickpeas contain lathyrogens, which are neurotoxins.

Many of these toxicants are present in today’s foods at levels that do not cause acuate [sic] toxicity. Others, such as in cassava and some legumes, are high enough to cause severe illness or death if the foods are not properly prepared. FDA seek to assure that new plant varieties do not have significantly higher levels of toxicants than present in other edible varieties of the same species.

Plants, like other organisms, have metabolic pathways that no longer function due to mutations that occurred during evolution. Products or intermediates of some such pathways may include toxicants. In rare cases, such silent pathways may be activated by mutations, chromosomal rearrangements, or new regulatory regions introduced during breeding, and toxicants hitherto not associated with a plant species may thereby be produced. Similarly, toxicants ordinarily produced at low levels in a plant may be produced at high levels in a new variety as a result of such occurrences. The likelihood of activation of quiescent pathways or increased expression from active pathways is considered extremely low in food plants with a long history of use that have never exhibited production of unknown or unexpected toxins, since the genetic changes that can lead to such events occur during growth and are induced with traditional breeding manipulations. In the few cases where toxicants have been raised to unsafe levels in a commercial plant variety, the toxicants were known to occur in significant levels in one of the parent species. Except in rare cases, plant breeders using well established practices have successfully identified and eliminated plants that express unacceptably high levels of toxicants prior to commercial use. [1]

A case in point is rape seed oil, which was banned from being sold in the USA due to its high content of erucic acid, a monounsaturated fatty acid that is a major constituent of rape seed oil. Because erucic acid has been linked to cardiac muscle damage, canola oil was developed by modifying the rape seed plant in order to produce low erucic acid GMO-canola plant seeds. Here are some little-known facts about canola oil, including how it was genetically modified.

Reading Section B, I don’t see formaldehyde listed, even though small amounts of formaldehyde can be produced by humans, animals, and plants. In humans, it’s usually produced as a waste product associated with metabolic and digestive processes. Also, formaldehyde/Formalin is one of the insidious ingredients in vaccines! Furthermore, formaldehyde could be one of the factors contributing to cancer, if the body cannot detoxify it. However and scientifically, formaldehyde is considered a known carcinogen.

The International Agency for Research on Cancer, a branch of the World Health Organization, classified formaldehyde as a known human carcinogen in 2006. [4] 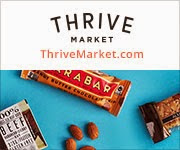 Nonetheless, we now have scientific questioning that GMO soy produces excess formaldehyde while growing in the fields! In both a relatively new study [5,6] and a July 14, 2015 Press Release [7], we realize that the FDA’s stand on “Substantial Equivalence” is being challenged scientifically when it comes to GMO soy, which can be in some form in up to 90 percent of all processed foods in the USA!

Here’s a website [8] that has an extensive listing of where soy—most likely GMO soy—is found in processed foods.

Anti-GMO activists counter that GMOs are unsafe since substantial equivalence is unscientific and outdated since it originates in the 1970s to assess safety of medical devices, which are not comparable to the complexity of biological systems, and contend that targeted GM is not plant breeding.

Herein, a promising computational systems biology method couples known perturbations on five biomolecules caused by the CP4 EPSPS GM of Glycine max L. (soybean), with an integrative model of C1 metabolism and oxidative stress (two molecular systems critical to plant function). The results predict significant accumulation of formaldehyde and concomitant depletion of glutathione in the GMO, suggesting how a “small” and single GM creates “large” and systemic perturbations to molecular systems equilibria. Regulatory agencies, currently reviewing rules for GMO safety, may wish to adopt a systems biology approach using a combination of in silico, computational methods used herein, and subsequent targeted experimental in vitro and in vivo designs, to develop a systems understanding of “equivalence” using biomarkers, such as formaldehyde and glutathione, which predict metabolic disruptions, towards modernizing the safety assessment of GMOs. [6]

According to the Press Release,

The study, led by Dr. V.A. Shiva Ayyadurai, Ph.D., an MIT-trained systems biologist, utilizes his latest invention, CytoSolve, a 21st century systems biology method to integrate 6,497 in vitro and in vivo laboratory experiments, from 184 scientific institutions, across 23 countries, to discover the accumulation of formaldehyde, a known carcinogen, and a dramatic depletion of glutathione, an anti-oxidant necessary for cellular detoxification, in GMO soy, indicating that formaldehyde and glutathione are likely critical criteria for distinguishing the GMO from its non-GMO counterpart.

Ayyadurai shares, “This is not a pro- or anti-GMO question. But, are we following the scientific method to ensure the safety of our food supply? Right now, the answer is ‘no’. We need to, and we can, if we engage in open, transparent, and collaborative scientific discourse, based on a systems biology approach.”[7] [CJF emphasis added]

The saddest part about the GMO phood fiasco is that Congress apparently has bought into the scientific fairytales the pro-GMO lobbyists ‘feed’ them. That is recognized by the U.S. House of Representatives “yes” vote on the “Monsanto DARK” bill last week.

May I suggest you read what the Center for Food Safety has to say about the “Monsanto Protection Act” here.

Somehow, the “Monsanto Protection Act” reminds me of the other HUGE SNAFU Congress pulled off in 1986 when it gave vaccine makers a “get out of jail free” card and took away the basic human right to sue for product liability harms by those vaccinees damaged by vaccines, which now has grown exponentially due to more and more vaccines and mandates.

When will the seemingly do-nothing-right-Congress and the citizenry of the USA wake up and smell the coffee about the politics of safe food? It seems we’re being screwed royally by corporate America and their lobbyists. Does anyone really care?

Book: Altered Genes, Twisted Truth – How the Venture to Genetically Engineer Our Food Has Subverted Science, Corrupted Government, and Systematically Deceived the Public