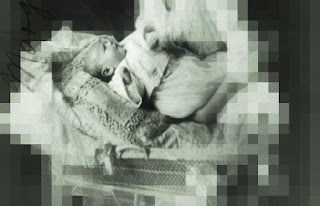 The smart grid is getting dumber all the time.

A family from southwestern Ontario would likely agree after someone hacked their baby monitor to prank them in a way that seems like it is straight out of a horror film.

A parent was rocking a young kid to sleep when the camera on the couple’s baby monitor remotely activated.

Ontario Provincial Police Constable Liz Melvin told the National Post, “The camera played some eerie music and a voice could be heard indicating the parent and child were being watched.”

Sure, it’s one thing to read about this in a news article, but consider how that would feel if it happened to you. It’s the middle of the night and you are rocking your baby to sleep. All of a sudden, creepy music starts playing and your technological gadget tells you that you are being watched.

After this happened, the police issued a statement reminding people that, yes, these cameras can indeed be hacked (and apparently easily), as can any security cameras and home monitoring systems people buy and hook up to Wi-Fi these days.

The point to take away from the story according to the police constable is that people should realize nothing connected to the Internet is secure. Nothing.

Now think about how they want people to connect their entire homes (and thus, lives) to the Internet to be part of the unfolding smart grid.

Things like Nest home thermostat controls that can be remotely accessed via the Internet. Wi-Fi home security camera systems that would give a hacker the complete, real-time layout of your home and possessions. “Smart” appliances… everything from TVs with voice recognition software that spy on their owners to ovens with built-in cameras so people can record time lapses of cookies baking. Even China was caught bugging ordinary appliances like clothes irons in order to spy on Russian citizens.

The bottom line? The smart grid will know everything about you from inside your home.

Former CIA Director David Petraeus was basically drooling with excitement when discussing the smart home’s “effect on clandestine tradecraft” back in 2012.

Once upon a time, spies had to place a bug in your chandelier to hear your conversation. With the rise of the “smart home,” you’d be sending tagged, geolocated data that a spy agency can intercept in real time when you use the lighting app on your phone to adjust your living room’s ambiance.

“Items of interest will be located, identified, monitored, and remotely controlled through technologies such as radio-frequency identification, sensor networks, tiny embedded servers, and energy harvesters — all connected to the next-generation internet using abundant, low-cost, and high-power computing,” Petraeus said, “the latter now going to cloud computing, in many areas greater and greater supercomputing, and, ultimately, heading to quantum computing.”

How can people not see this?

While your nose was buried in your smart phone accessing Facebook to share that new picture of your cat Fluffy with all the friends you’ve facially recognized for the system, that system was busy building an electronic concentration grid all around you where privacy isn’t just limited, it’s nonexistent. When the Bildberberg Group asked, “Does privacy exist?” last year, the question was rhetorical.

The more you choose to spy on yourself, the more you will by spied upon.