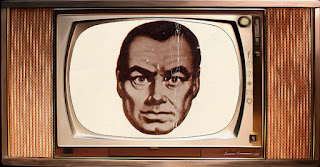 Throughout human history, governments have been interested in “mastering the human domain”—in fully understanding how to control the minds of their populations. In 2015, DARPA’s “Narrative Networks” (or N2) program is in full swing.

The project is intended to analyze how “narratives” play into human psychology, delving into the way these constructs affect the mind. A narrative is a way of phrasing something, a choice of words, for example, that is likely a biased strategy to frame information.

“Narratives exert a powerful influence on human thoughts, emotions and behavior and can be particularly important in security contexts,” DARPA researchers said in a paper published in the Journal of Neuroscience Methods.

They discussed “…conflict resolution and counterterrorism scenarios [and] detecting the neural response underlying empathy induced by stories is of critical importance.”

Mastery of “narratives” could potentially be used to manipulate the perception of a population using platforms of communication like television to subtly and potently make a person think a certain way. Many people know this tactic by a more familiar term: propaganda.

“Governments often use stories to present information, so understanding how we comprehend them is important,” said co-author Eric Schumacher, an associate professor of psychology at the Georgia Institute of Technology.

In addition to narratives, the study focused on fear. Researchers observed a phenomenon of “tunnel vision,” or impaired reasoning, triggered in the brain when suspects processed, for example, a suspenseful moment in a movie.

When suspense grew, brain activity in viewers’ peripheral vision decreased. Schumacher called it the ‘neural signature of tunnel vision.’ Moments of increasing suspense were also associated with greater interference with a secondary task. In this case, responding by pressing a button when hearing a tone.

It is likely that predatory actions of war could come out of this particular accumulation of knowledge. The U.S. Military has a long history of funding psychological experiments, some entrenched in human rights violations (like the experiments performed during the Project MKUltra era).

Now we have the Pentagon-funded DARPA program, which pays researchers at colleges and other scientists millions of dollars to enhance and bolster methods of war. Such work places great technological power in the hands of a demonstrably criminal government and military.

DARPA paying geniuses to work for them could be considered an exploitation of intellectual capability to further consolidate government and military power.