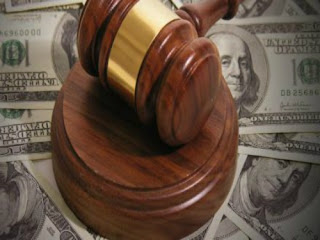 Regardless of your opinion on the ever-growing welfare state, this next story is pretty screwed up.

A Michigan mother kept her daughter home from school after a surgery to remove a brain tumor left the child with strokes, fighting off seizures, and according to a doctor’s note, requiring “assistance in dressing, eating, and elimination of urine and feces.”

This child has been in and out of the hospital repeatedly over the last several years going through a horror that most adults wouldn’t even be able to fully contemplate. She is obviously in no physical state to attend school, a fact that should be common sense and obvious to pretty much anyone including the child.

Well, someone at said school (you know, the place that is supposed to have the best interest of kids at heart, right?) decided to turn this mother in for truancy, and the mother was subsequently kicked off of her welfare which is probably all she had for her and her children to get by.

Via The Daily Beast:

When asked how effective this policy of cutting parents off welfare was in getting children to go back to school, Wheaton said the department doesn’t really know.

“That’s not anything we’re able to track because they’ve stopped receiving public assistance,” Wheaton said, adding the department has the “ability, in some cases, to manually cross-reference new-applicant [data] and current-recipient data.” […]

Despite a lack of conclusive data that cutting parents off welfare gets children to go back to school, Republicans pushed a bill to write the policy into state law. Representative Jim Runestad said at a hearing this year that it was time for “tough love” because parents of truant children “were on drugs” and “kids were running free.”

Just forget about the fact that taking care of a child with these kinds of special needs is a full-time job unto itself.

In a country where the jobs have been shipped overseas, we have the largest wealth gap in history, the most people unemployed who could be since the 1970s, and nine out of the top 10 jobs that employ the most people earn an average of less than $35,000 a year. Now states are pulling the rug out from under people’s feet on top of it for any reason they can think of.

How is making this girl and her mother and siblings homeless going to help her get back in school? She’s dying of cancer.

Everyone knows the only reason schools are so stringent with these laws in the first place is for the per pupil funds they get for attendance anyway.

Then again, what do you expect from a country that arrests 90-year-old men for trying to feed starving, homeless people?