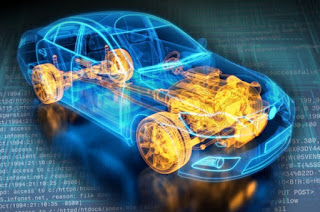 From top to bottom, it appears that our modern Internet-driven world filled with interconnected smart gadgets and modern computing applications is making us vulnerable to potentially life-changing hacks.

It previously has been proven that boats, planes, GPS-driven munitions, unmanned vehicles and even smart homes all can be taken over via remote control.

But nothing has received the level of attention as the common modern vehicle.

Most of us remember the “conspiracy theories” that took place after the death of journalist Michael Hastings when his vehicle showed serious anomalies as it finally slammed into a tree at 140 miles per hour. Now, in an unprecedented move, Fiat-Chrysler is voluntarily recalling 1.4 million vehicles after news broke from Wired Magazine that a Jeep Cherokee had been successfully demonstrated to be remotely hacked via the Internet.

The research covered what is called a “zero-day exploit” hack, which enabled a test vehicle to be fully hijacked simply from obtaining knowledge of the vehicle’s IP address.  Wired writer, Andy Greenberg, described what happened next:

As the two hackers remotely toyed with the air-conditioning, radio, and windshield wipers, I mentally congratulated myself on my courage under pressure. That’s when they cut the transmission.

Immediately my accelerator stopped working. As I frantically pressed the pedal and watched the RPMs climb, the Jeep lost half its speed, then slowed to a crawl. This occurred just as I reached a long overpass, with no shoulder to offer an escape. The experiment had ceased to be fun. (Source)

Not fun at all.

The article went on to speculate that perhaps as many as 471,000 vehicles might be similarly exposed. However, 1.4 million is an astonishing number – and of course comes from just one automaker.

In a press release, Fiat-Chrysler admits that “vehicles equipped with 8.4-inch touchscreens among the following populations” should be brought in for a security upgrade:

…customers may visit http://www.driveuconnect.com/software-update/ to input their Vehicle Identification Numbers (VINs) and determine if their vehicles are included in the recall.

While it is commendable for such quick action to be taken, it remains to be seen how other automakers will respond, and whether or not long-term confidence will be shaken in the marriage between high-tech computing and vehicles.