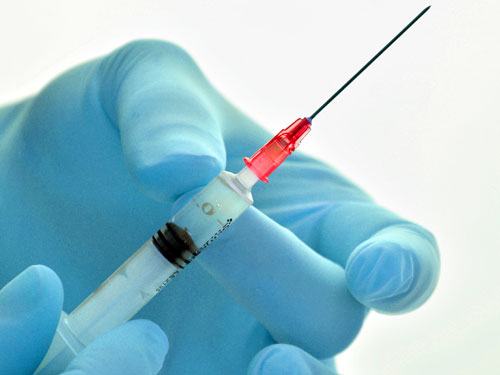 After the California State Legislature passed SB277, which forces all children attending school or daycare to be vaccinated, it was clear that this state was on the road to medical tyranny.

Unfortunately, it’s hard to say where that road ends. Like all freedom-killing mandates, they never draw a clear line. Each one begets another until all freedoms are lost.

That seems to be the case with SB277, which has spawned SB792. If kids can’t attend school without vaccines, why should adults be exempt? Vaccineimpact.com reports:

SB792 – The first US adult vaccine mandate with NO personal exemptions (only medical exemptions approved by a doctor and defined by the bill) and CRIMINAL penalties for failure to comply will be heard in the California Assembly Human Services Committee this Tuesday July 14th at 1:30 in Room 437.

SB 792 would eliminate an adult’s right to exempt themselves from one, some, or all vaccines, a risk-laden medical procedure. This bill would make California the first state to require mandated vaccinations for all childcare workers, including all private and public school early childhood education programs (Headstart, Private preK and preschools), family daycares, and daycare centers.

Commencing September 1, 2016, a person shall not be employed at a family day care home if he or she has not been immunized against influenza, pertussis, and measles. An employee shall receive an influenza vaccination between August 1 and December 1 of each year.

This bill eliminates medical autonomy, crushes religious freedom, undermines personal freedom, and burdens quality providers with a non-optional series of medical interventions in the form of mandated vaccines that are not even 100% effective.

You can see what this is leading to, right? Like I said before, each tyrannical mandate begets another. Every bill sets a new precedent. In this case, SB792 is the first bill that would force adults to take a vaccine. There are already hospitals around the country that have tried to force their workers to take flu shots, but this is the first time (that I know of) where a state government has used the force of law to make grown adults take a vaccine. But for now, it’s limited to people who work with children.

But does anyone really believe that it will end there?

Laws like these are forging a burden of responsibility that is collectively shared by everyone. The fact that it’s possible for one person to spread a disease to anyone else, means that everyone is responsible for everyone’s health, or so their logic goes. But why apply this thinking to kids, or adults that work with kids, when it’s equally applicable to every form of human interaction?

Unfortunately, it’s only a matter of time before they start to apply that thinking for everyone. Schools and daycare centers aren’t the only places where adults interact with children. I cross paths with minors every time I go to the store or go for a walk. Should I be forced receive a flu shot every year, just because I have the gall to step out of my house?

That’s the precedent that SB277 has set, and SB792 will reinforce. It won’t be long before they try to force vaccines on every adult and child in California. And if they pull it off there, legislators in other states will try to see if they can use the sheepish tyranny of majority rule to force vaccines on their citizens as well.

29 Comments on "Mandatory Vaccines for Adults? Leave It To California"