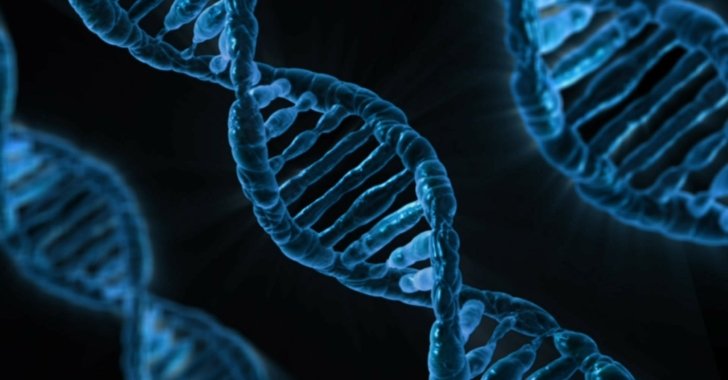 Although many thought the U.S. would see it first, mandatory DNA testing—for every citizen, foreign resident, and visitor—is now the law in Kuwait. Violations of this truly dystopic law carry the penalty of a year in prison or a fine of $33,000—but falsifying a DNA sample carries a seven-year prison term. If you think this won’t come to the U.S., you should carefully consider how frighteningly close we already are—and the rather daunting future implications.

The Kuwaiti government made the groundbreaking—albeit terrifying—decision to require mass DNA collection following the June 26 bombing of a Shia mosque in Kuwait City that killed 25 and injured over 200. That attack was part one of three the same day—all claimed by ISIL (ISIS, IS)—that included a mass shooting at a tourist resort in Tunisia, which left 28 dead and 36 injured, and an explosion at a gas factory near Lyon, France. Passed in early July at a cost of $400 million, the procedures for DNA testing and collection are not yet known, but the project is expected to be complete no later than September 2016.

“We are in a state of war. Yes, we have busted this terror cell but there are other cells we are going to strike,” said Interior Minister Sheikh Mohammad Khaled al-Sabah in a speech before parliament prior to implementation of the law.

All 1.3 million citizens and 2.9 million foreign residents as well as visitors will be required to give a DNA sample for the database under the premise of facilitating expediency in criminal investigations. There will be exceptions for those with, as the government termed it, “the proper excuse”—though there was no indication what would constitute such an excuse.

“We are prepared to do anything to boost security measures in the country,” vowed MP Jamal al-Omar—sounding reminiscent of President Bush’s push to pass the Patriot Act following 9/11.

Though Kuwait’s new law is raising eyebrows with privacy advocates concerned about such governmental overreach, it should be noted that the U.S. hasn’t been as restrained with DNA collection as it once was. In fact, if you think widespread DNA collection couldn’t happen here, you are already wrong—state and federal courts recently cracked the lid a little wider on the Pandora’s Box of DNA profiling.

In 2013 in Maryland v. King, the Supreme Court upheld the constitutionality of warrantless, suspicionless DNA collection for all arrestees under Maryland law—whether or not they are ever convicted of a crime. King had his DNA collected and profiled following an arrest for assault. After the lab forwarded his genetic profile to the FBI to upload into its DNA database, called CODIS—standard procedure after a lab extracts the profile—it was compared to genetic evidence collected in all unsolved crimes. As King’s assault charge made its way through the courts, CODIS identified a match in an unsolved rape. He was subsequently charged, convicted, and sentenced to life—all stemming from an otherwise simple arrest.

Considering there are 28 states—up from 15 in 2009—as well as the federal government, that collect DNA with every arrest, the King decision is “the ‘slippery slope toward ever-expanding warrantless DNA testing’ that judges throughout the country have predicted is already upon us,” as the Electronic Frontier Foundation described in their brief for the King case.

It didn’t take long for repercussions of the King case—the EFF’s “slippery slope”—to manifest nationally in the worst possible way.

Ironically, the most disturbing indication that mandatory national DNA collection is imminent also came from the same state that ostensibly opened the door for it. In State v. Raynor, the Maryland Supreme Court amplified the King ruling exponentially by allowing for warrantless DNA collection when someone hasn’t even been arrested for a crime. After voluntarily going to the police station to answer questions about a rape case and refusing to submit to DNA testing on request, Glenn Raynor’s DNA was taken without his consent from a tissue he left behind on a chair. The fact that a court found this DNA extraction without consent perfectly constitutional, is at least a cause for alarm.

Kuwait’s mandatory DNA collection is the veritable forgone conclusion in the U.S.,  given the trend in court decisions and the vastly expanding scope of collection already in place. In just six years, the FBI’s DNA database has more than doubled in size—from 6.7 million profiles in 2009 to nearly 13.8 million as of May 2015—due, in part, to warrantless, suspicionless testing for arrestees. Over 2 million profiles—and rapidly counting—have been added to that database stemming purely from arrests.

If you value privacy and aren’t a fan of Big Brother, these technological developments are rather creepy—or, more accurately, downright terrifying—when you consider the context of the aforementioned court decisions.

Law enforcement is pushing heavily toward Rapid DNA Analyzers—which can complete a profile in 90 minutes or less—that can be used by a layperson in the field since they are comparable in size to a laser printer. One manufacturer, IntegenX, boasts that “Rapid DNA promises to revolutionize the use of DNA by making it a routine identification and investigational tool.” In case you skimmed that description—yes, they did say identification.

Granted, this is in a law enforcement scenario—for now. But given what the FBI announced during a biometrics conference in 2014, there are rather disturbing possible future implications. In order to link its Next Generation Identification (NGI) biometrics database with the CODIS DNA profiles, the FBI is looking to simplify—by assigning a universal identification number.

Given the context of DNA collection for people who haven’t even been arrested judged constitutional by a high court, the increasing prevalence of Rapid DNA tech, and the assigning of a number to link between the DNA and NGI databases—what could possibly go wrong? Is the thought that we could be identified in the not-so-distant future with chilling accuracy in less than an hour and a half by a number really all that bad?

Perhaps each aspect mentioned above might not seem terribly important on its own, but taken as a whole they are incredibly serious concerns. Are the jokes about Americans being forcibly tattooed with ID numbers really that far-fetched? Do you trust your government?

6 Comments on "Is a Mandatory DNA Database for All Americans Coming Soon?"